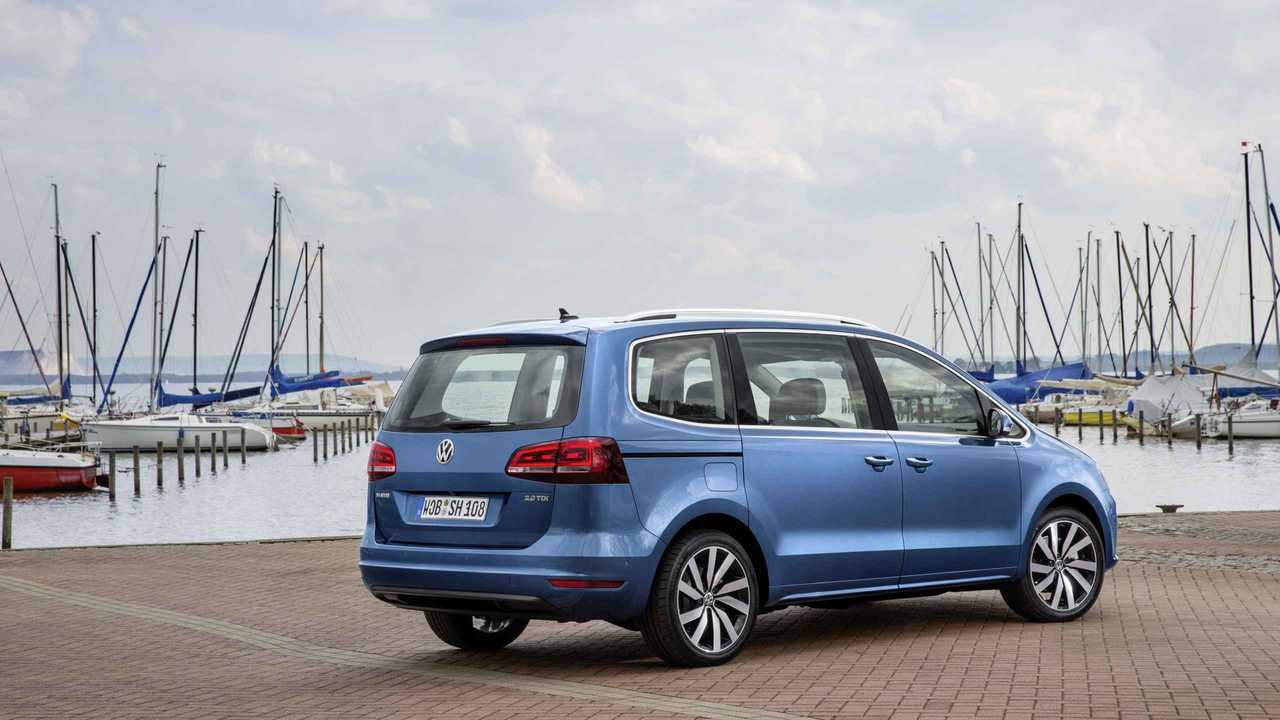 One of the last, few MPVs.

Quite simply, the Volkswagen Sharan is one of the biggest and most practical family cars you can currently buy. The full-sized MPV in general has been dying a slow death of late, first by buyers trading down to smaller seven-seaters, and then by those same buyers switching to SUVs, but the upright Sharan still flies the flag for simpler, 'monobox' MPV practicality.

Did you know? The Sharan name comes from an ancient Persian word meaning ‘Carrier of Kings', not an Eastenders character

If what counts for you is maximal cabin space and the ability to fit full-size adults into the third row of seats, then the Volkswagen Sharan has few, if any, peers. Those sliding side doors are a god-send in tight car parks, while there’s no beating the quality of the cabin. Not stylish and not much fun to drive, but those are secondary considerations to a family buyer.

You’d be hard pressed to call the Sharan ugly, but neither is it especially stylish looking. Launched in 2010, the Sharan was updated in 2015 with new lights, a new grille and some minor trim details, but it basically looks the same as before – a big van with windows.

Of course, while that image may be lacking in visceral appeal, when you’re dealing with the needs of a large family, there’s little to beat the Sharan, so that lifts its desirability somewhat. It’s a very rational car, one you buy because you need it and not because you desire it.

The cabin of the Sharan is full of generic Volkswagen parts, so if you’ve ever driven a recent Golf or Passat you’ll feel right at home here. The design and layout means that there are a lot of big plastic panels, some of which look a little less than inspiring, but overall the design is simple, functional and quite pleasing to the eye, and there’s no quibbling with the quality – everything has that traditional Volkswagen rock-solid feel. The front seats perch you into a fairly upright driving position, but it’s still sufficiently comfortable to make long journeys less than taxing.

This is where the Sharan really scores, simply by being big. Let’s start with the boot space. Keep all seven seats up, and there’s a small, but relatively not bad 300-litre space for bags or baggage. Fold down the third row, and there’s a whopping 711 litres of available space. Keep folding all the passenger seats down and you’ve got a van-like 2,297 litres of space. One downside to Sharan ownership will be all your friends asking for help at house-move time…

The middle-row seats are three individual chairs, all of which fold flat to create a smooth load space if needed, while the third row seats are simple enough to flip up or down. There’s a six-seat ‘Executive’ seating layout available as an option too, which is a touch more luxurious, if a little less practical.

Depending on the model you choose, there are also huge numbers of storage areas, cup holders, under-seat drawers, folding tables, and even a compact rubbish bin so the kids have somewhere to put their empty Ribena cartons (not that they will ever use it).

The sliding side doors can be fitted with electric operation to make things even easier, and there are ISOFIX child seat points in all three middle-row seats. As you’d expect there is also a plethora of optional accessories, from bike racks and roof boxes to dog-guards and hefty rubber mats to protect the floor from muddy boots or wet pets.

The basic Sharan S model comes with a 6.5-inch touchscreen with DAB radio, an SD card slot, Bluetooth and USB connections, and (for Android phones) an SMS text message function. Volkswagen’s Car-Net app connect system lets you run some smartphone apps through the infotainment system (such as Spotify or Audible) and there’s the option of Apple CarPlay and Android Auto connectivity, too.

There’s also voice control, a ‘ThinkBlue’ display that guides you to drive more economically, and a ‘My Guide’ function that helps you to use all the functionality of the car as well as offering tips and suggestions about your destination.

The Sharan is big, tall and not in the least bit focused on driver enjoyment. Once you accept that fact, then the rest of its dynamic performance simply falls into place. It wants to make things as comfortable as possible for its occupants, which is only right and proper, so concentrates on ride comfort and stable suspension that recovers quickly and smoothly from any bumps or undulations.

The downside is that the steering is rather numb and the Sharan can feel a little ponderous on tight and twisty roads, but it’s refined and comfortable on the motorway, while the slab sides and high driving position make slotting it through gaps in town a doddle in spite of its size.

There is a 1.4-litre TSI turbocharged 150hp petrol option, which might make a good choice for those who do the majority of their mileage in town or in the suburbs, but anyone with bigger mileage or a life on the motorway should definitely go for diesel. Don’t, though, go for the 115hp 2.0-litre TDI diesel. As a basic model it has a tempting price point, but it’s really quite sluggish and not actually any more economical than the 150hp 2.0-litre TDI, which is the engine of choice for the Sharan. There is a 184hp version of this engine available too, but to be honest there’s not much point in making the upgrade, as the 150hp version is quite adequate for most of us. The DSG dual-clutch automatic is well worth having though, as it makes the driving experience almost totally painless.

SE models and above get a front collision warning with pedestrian detection and autonomous emergency braking, and there’s a rear-view camera that’s standard on SE and above and optional on S models. There are options for a blind spot monitor, radar-guided cruise control, a parking assistant that can deal with nose-in parking as well as parallel spaces, and a post-collision braking system that keeps the brakes on after a crash and which can reduce the severity of a secondary impact. All models get electronic child locks and a tyre pressure monitoring system.

Most buyers will probably go for default black, silver or grey, but we think that the Sharan looks uncommonly handsome in Hudson Bay Blue metallic. The best trim level to go for is probably SE Nav, which gives you most of the tech and safety kit that you need, but doesn’t make the interior so luxurious that you’d be nervous putting the kids in it. Bigger alloys are probably a waste of time, but the upgraded ‘Dynaudio’ stereo sounds like a good buy, and electric side doors and tailgate are a must.

It is a big car, the Sharan, but the high driving position, good visibility and straight-sided styling means it’s less of a chore in traffic than you might think.

All of the Sharan’s engine line-up gets the Volkswagen ‘BlueMotion Technology’ badge, which means that they’re tuned to be as economical as possible. By and large, that holds true and with a manual gearbox all of the diesel engines hover around the 130g/km emissions mark (although the DSG transmission pushes the higher output models up to over 140g/km), but the 1.4 petrol has slightly punishing CO2 figures of 150-156g/km. All of the diesels can officially better 50mpg on average, but to be honest you’ll be lucky to see much better than 40-45mpg in daily driving. All diesel versions come with SCR (Selective Catalytic Reduction – an AdBlue spray in the exhaust that all but eliminates harmful NOx emissions) and all engines have stop-start as standard.

The current Sharan has had just one recall, for possible faulty side airbags. Other than that, Volkswagen’s reputation for reliability holds true for the Sharan, and you shouldn’t experience any major issues. All models come with a three-year, 60,000-mile warranty that can be extended to five years and 90,000 miles for an extra cost.

With prices starting in the region of £27,000 the Sharan is pitched at more or less the same level as its main competitors, the Ford S-Max and Galaxy. A well-specified SE Nav 150hp diesel can be had for just over £31,000, which isn’t bad. The only problem is that there is also the option of the Seat Alhambra – mechanically identical in every way, but in and around £2,000 cheaper model for model. Put it this way, in some markets Volkswagen actually stopped selling the Sharan for a while simply because, with the Seat around, no-one was buying the more expensive Volkswagen.