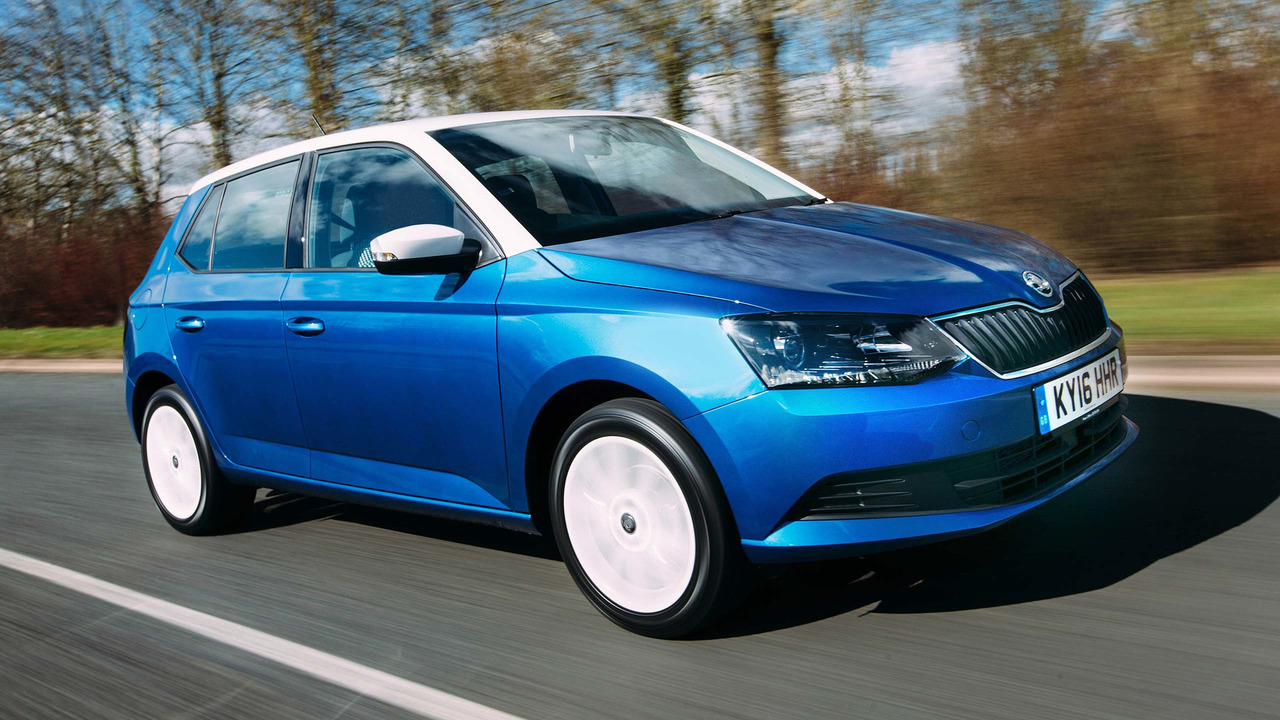 A Skoda for all occasions.

The Fabia is Skoda’s entrant in the hotly-contested supermini sector, where buyers are looking for compact, practical cars with low running costs that are easy to drive. In other words, cars that can cope with a variety of roles, from the school run to long motorway trips. Available as a hatchback and estate, and with a range of economical petrol and diesel engines, the Skoda Fabia is stylish, spacious and well-equipped.

Did you know? In 2015, the Skoda Fabia lifted one of the most prestigious motoring awards in the UK when it was crowned What Car? Car of the Year.

The Skoda Fabia is a good looking and practical car, available as a five-door hatchback and estate. It can be distinctive, too – if you opt for a funky colour or contrasting roof and door mirrors. What it lacks in driver engagement, it gains in value for money, equipment and Skoda’s dependable badge appeal. It’s worth paying extra for an SE model or above for the best all-round package.

Launched in the UK in January 2015, the third-generation Skoda Fabia is the most stylish yet. A combination of clean-cut lines and good proportions give the car a sporty, dynamic look. Closely related to its VW Group cousin, the Volkswagen Polo, the Fabia is arguably the better-looking car. From its smart corporate nose to its sharply contoured bonnet and clean-cut profile, it's a class act.

Skoda jokes are history and the Czech company cars offer a combination of good value, style and space, so the Fabia is right up there with the best of them in its class. The Ford Fiesta and Vauxhall Corsa dominate the market in terms of sales, while the Audi A1, Renault Clio and Volkswagen Polo are top when it comes to perceived quality. But the Fabia isn't far behind.

The cabin of the Skoda Fabia is spacious, cleanly designed and well put-together. The layout is nothing fancy, but makes absolute sense with a nice combination of clearly marked buttons, knobs and switches, with deeper settings found within the infotainment system. Every Fabia has a touchscreen in the centre of the dashboard, which grows in size to a reasonable 6.5 inches on SE models and above. However, this is an interior that is more durable than plush, with plenty of hard plastics on show.

The Skoda Fabia’s seats are comfortable and there’s plenty of room up-front, although taller passengers in the rear may struggle for legroom if the driver and front-seat passenger are above average height.

The hatchback’s boot is one of the most spacious in its class: 330 litres of capacity with the rear seats (which split 60/40) in place and 1150 litres with them folded. The estate is even better with 530 litres of space – or an impressive 1395 litres with the back seats down. There are plenty of storage spaces in the cabin, plus a handy ice scraper hidden under the car’s fuel cap.

Skoda’s Smartlink technology, which allows you to use mobile phone apps such as sat-nav via the touchscreen, is also standard on SE trim and above. This works with both Apple and Android devices.

SE models and above also get a multi-function steering wheel, a six-speaker stereo and air conditioning. The audio system in the Fabia was highly commended in the Best Audio System category for cars under £25,000 at the Alphr and Carbuyer Car Tech Awards 2016. 'To say we were impressed with it is an understatement,' the judges remarked.

Because it’s set up more for comfort than driving dynamics, the Fabia has a soft ride that’s best suited to leisurely drives and cruising. Body-lean when cornering is apparent during spirited driving, but the steering is light, which is great for urban manoeuvrability. Take it easy and the ride is generally smooth, and the cabin refined. Overall, the Ford Fiesta is still the benchmark in this class for driving enjoyment.

There are also two TDI diesels: a 1.4-litre, three-cylinder unit with either 90hp or 105hp. Both come solely with a five-speed manual gearbox. Your choice of engine depends very much on whether your tootle around or spend hours on longer journeys.

The 1.4-litre diesels offer a good balance of performance and low running costs, and may appeal most to company-car buyers. For instance, the range-topping 105hp unit is capable of 0-62mph in just 10.1 seconds, up to 76.4mpg and low CO2 emissions of 95g/km.

The 60hp 1.0-litre petrol is fine for zipping around town,but a bit breathless on longer runs, which makes the punchy 1.2 TSI petrol engines the best all-rounders, thanks to a good blend of refinement, power and economy.

The Skoda Fabia is available in four trim levels: S, SE, SE L and Monte Carlo. In addition there’s a Fabia Colour Edition hatchback, giving you all the specification available on the SE trim (and more) from £13,915. Features include alloy wheels, coloured mirrors and roof, LED daytime running lights, cruise control and four paint colours to choose from.

Standard equipment for the S includes DAB digital radio and Bluetooth, but you’ll have to move up to a SE or above for options such as a larger 6.5-inch touchscreen infotainment system, air conditioning, alloy wheels, acoustic rear parking sensors and Front Assist with automatic emergency braking.

The Fabia hatchback drops in below the supermini-standard four-metre length, but the estate is a fair bit longer, at 4.25 metres. Both models are the same width, and the estate is a little taller due to its roof rails.

If economy is your main priority, then look no further than the 90hp 1.4 TDI, which offers official average fuel economy of 78.6mpg while emitting just 93g/km of CO2. Driving through a five-speed manual gearbox or a seven-speed DSG auto, it makes sense if your regular driving involves long distances on motorways.

However, if a diesel is not for you, you’ll need to choose between the three-cylinder 1.0 turbo petrol or four-cylinder 1.2 TSI petrol units. Both offer lively performance and good economy.

Start-stop technology is standard on all Fabia models, along with battery energy recuperation, which recharges the battery during engine braking, saving on fuel.

Skoda has a good reputation when it comes to reliability, regularly topping league tables such as the annual JD Power survey.

The Fabia comes with a three-year/60,000-mile warranty, while one- or two-year warranty extensions are available. You can also opt for a service plan for £279, or £15.40 per month, which offers two fixed-price services.

The Skoda Fabia is available in four trim levels: S, SE, SE L and Monte Carlo. Prices start from £11,155, while the estate version starts at £13,035. A MirrorLink system is standard from SE trim upwards. It allows owners of selected Android handsets to integrate and interact with functions and apps via the Fabia’s touchscreen display.

All models are fitted with six airbags as standard. Air conditioning, alloy wheels, acoustic rear parking sensors and Front Assist with City Emergency Braking are fitted on SE models and above.