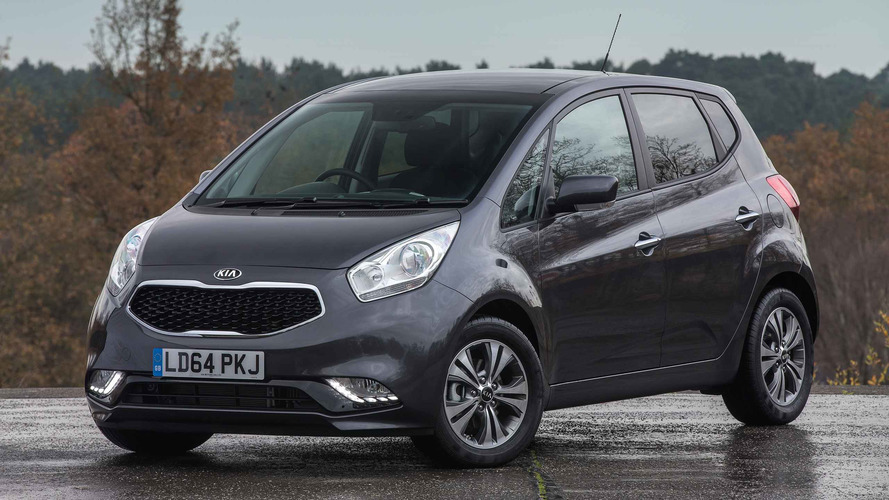 Small and practical, but lacking and out of date.

The Venga is Kia’s small MPV, designed to be a rival to the Citroen C3 Picasso and Vauxhall Meriva, and based on the previous-generation Rio hatchback. It’s tall and egg-shaped, which is good for interior space, but it lacks some of the clever touches of some rivals and it’s starting to feel a bit out of date.

Did you know? It may sound like a made-up name, but Venga is actually Spanish for ‘come on.’

The Venga is almost representative of old Kia – a company that majored on making uncomplaining, less-than-stylish family runabouts that cost little and came with a massive warranty. In that sense, the Venga is a decent car, and it’s certainly very affordable and practical, but in the midst of newer models such as the latest Rio, the Optima Sportwagon and the upcoming Stinger GT, it looks very much out of date.

Although Kia updated the Venga in 2015 with a bigger, broader radiator grille, tweaked lights and some new colour, wheel and body kit options, it hasn’t really advanced much since its original introduction in 2010. It remains somewhat egg-shaped and bulbous to some eyes, engagingly friendly to others, and while Kia’s chief designer Peter Schreyer (the man who gave us the original Audi TT in a former life) has done his best to grant the Venga a bit of attitude, it remains a touch functional.

Then again, it’s competing in a largely unstylish market – the customer base for compact MPVs is shrinking, but what they want is space, value and reliability and in those departments the Venga plays a strong hand. Not an exciting car, then, but a sufficiently good one for the market to which it’s trying to appeal.

As with all Kias the cabin is obviously plasticky, but it’s well built and well put together. The driving position is fine – not too upright even though you sit a little higher than you would in a conventional hatchback – and the view out is pretty decent thanks to a big windscreen and quarter light windows that help to cut down on front three-quarter blind spots. You really need to upgrade it to the optional seven-inch touchscreen to bring the cabin up to date, but that’s only standard on the more expensive models.

The Venga’s practicality is the very reason for buying it, and if you peer out the back you’ll find a whopping 440-litre boot – almost as big as you’ll find in much more expensive cars, such as the Nissan Qashqai. That expands to a useful 1253 litres if you fold the back seats flat.

Those rear seats split in a 60:40 ratio and they also slide a little back and forth (that’s partially what gives the Venga its massive boot, as you need to sacrifice rear legroom to get the maximum load space). They recline, too. There is no option, however, to slide the seats inwards and backwards, as on the Meriva, to give a ‘club class’ effect in the back, and rear legroom at its best is really only average, and not much better than you’d find in the latest generation Kia Rio hatchback.

From a family point of view, there are two ISOFIX points in the rear seat bench and it’s just about wide enough back there that you might be able to squeeze three child car seats abreast, as long as one of the kids is big enough to use a more compact booster cushion. There’s also a front passenger airbag cut-off switch.

It’s a pretty basic car by modern standards. There’s no option for Apple CarPlay or Android Auto integration, but the standard USB slot does at least mean it’s relatively easy to get your favourite tunes playing through the stereo. Only the top two grades (‘3’ and ‘4’) get a central touchscreen with sat-nav as standard, while Bluetooth is standard on ‘2’ models and upwards.

There’s a reversing camera (top two grades only again), and a trip computer is standard across the range.

The Venga is not a car you’d choose to drive for sheer enjoyment. It’s not terrible, but the steering is light and uninformative about what’s happening under the tyres, while the soft suspension means that there’s copious body roll should you attempt any enthusiastic cornering.

On the upside, the ride quality – especially around town, which is probably where the Venga will mostly be driven – is really very good, and Kia is to be applauded for not trying to make an avowedly family car try to handle like a sports saloon.

The basic 90hp 1.4-litre petrol engine feels a touch underpowered (especially once you’ve loaded up with car seats, buggies and the detritus of family life) and it has relatively high emissions too. The 125hp 1.6-litre petrol is a little livelier and is the only one offered with an automatic gearbox option but, again, it’s quite high on the emissions front.

The two diesels, a 90hp 1.4 and a 115hp 1.6, fare better in that regard, but the 1.4 is really very slow, registering a 0-62mph time of 14 seconds. The 1.6 is respectably more brisk, so thanks to that and its decent emissions rating, it becomes almost the default choice of Venga engine, in spite of being rather noisy and unrefined.

When originally tested by Euro NCAP, the Venga received a four-star rating because testers found that one of the front seatbelts had actually been cut by a piece of sharp trim during the crash. Kia responded to the test by modifying the car, and on a subsequent re-test, it received a full five stars, with 89 per cent adult occupant protection, 85 per cent child, 64 per cent pedestrian, and 71 per cent safety assist.

There’s only one solid paint finish for the Kia Venga – Arctic White. The rest are all metallic and include Silver Storm, Phantom Black, Planet Blue, Infra Red, and Dark Gun Metal.

The 1 Air models gain a single piece of extra equipment, which is, unsurprisingly, air conditioning.

It’s tempting to go for the highly specified Venga 4 and get the big sat-nav screen and other toys, but to be honest you’re probably not going to get that extra money back at resale time. In that sense, it’s probably best to go for the well-specified Venga 3 with the 1.6-litre CRDi diesel engine.

The Kia Venga is a roomy car inside, but measures barely any longer than a supermini.

Go for one of the two diesel engines, both of which have a fuel-saving stop-start system to minimise consumption when in heavy traffic, and you’ll do fine. The Kia Venga in 1.4 CRDi diesel form returns an official 64.2mpg and 115g/km of CO2.

However, the more powerful 1.6-litre model has exactly the same figures, showing how much less hard it has to work than the underpowered 1.4, so it’s likely that its real-world figures will be much better than those of the smaller engine.

The basic 1.4 petrol has relatively high emissions of 130g/km, and fuel economy of 50.4mpg – which is again likely to be significantly worse in day-to-day driving as you have to work it so hard to keep up with the traffic flow.

The 1.6-litre petrol at best has emissions of 139g/km, or in automatic form 150g/km, making its tax costs rather high for an affordable family car.

The Kia Venga has never been subject to a recall, and there should be no worries over reliability in the long term. Kia has built an enviable reputation for quality and the Venga is no exception. All models come with a standard seven-year, 100,000-mile warranty, plus a 12-year anti-perforation warranty. 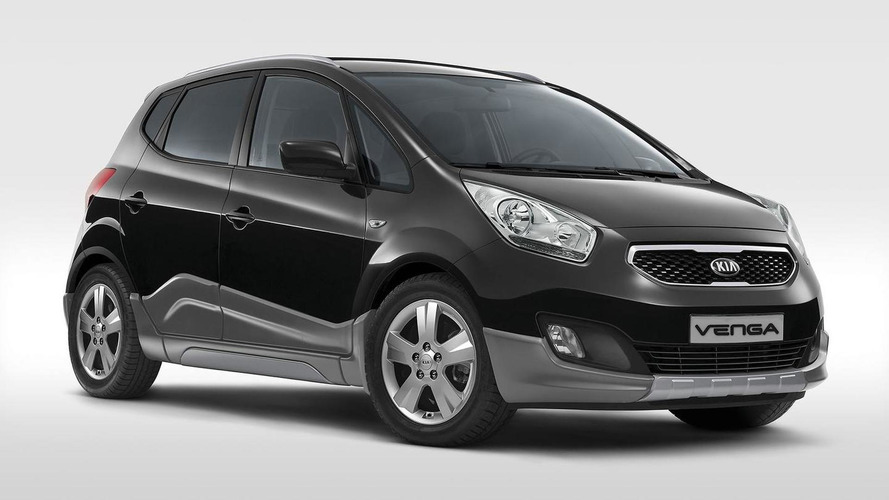