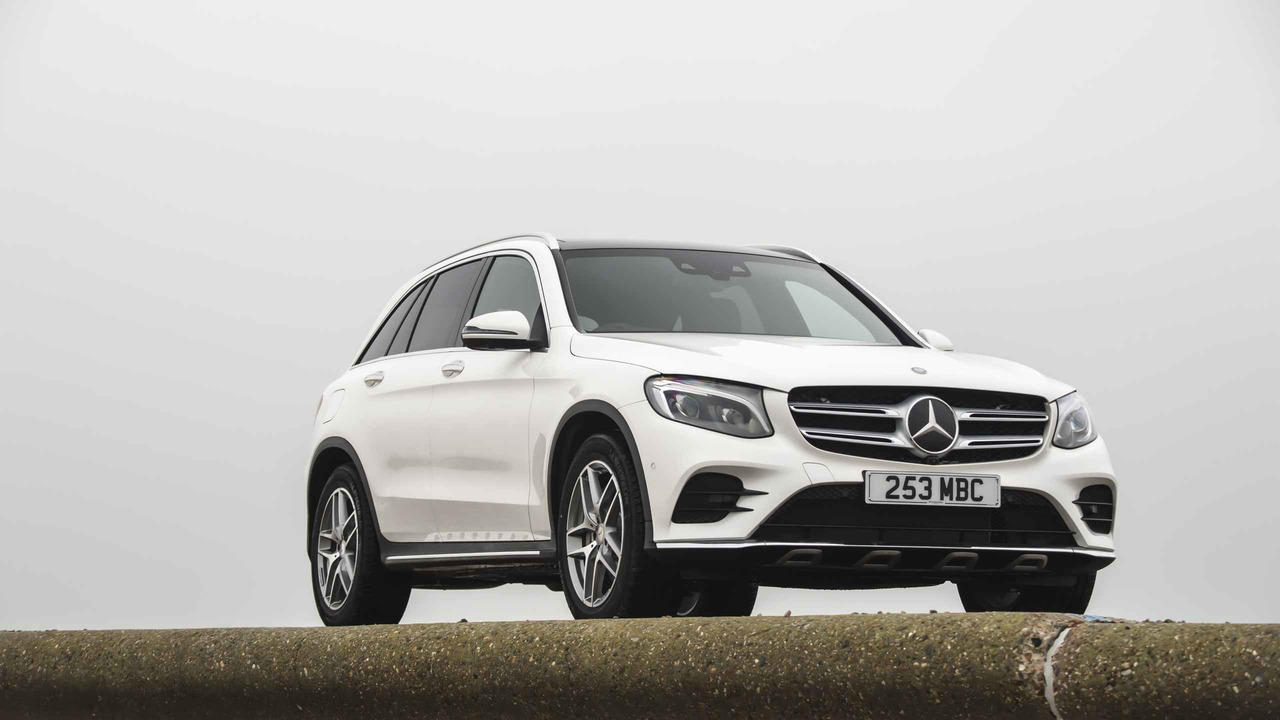 The GLC is Mercedes' entry into the lucrative mid-size SUV market, taking on the Audi Q5 and Volvo XC60.

Mercedes joined the lucrative mid-sized premium SUV party late with its GLC, launched in 2015 – long after Audi’s Q5 and BMW’s X3 had hit the market. Despite having to play catch-up, though, the Mercedes is a thoroughly competent machine and the range is simple to understand, being entirely four-wheel drive, in the main made up of diesel models, and offering lots of high-end technology for the money.

Did you know? The GLC is not Mercedes’ first attempt at this size SUV – it was preceded by the boxy GLK, which was never converted to right-hand drive.

This handsome SUV actually feels like a more luxurious vehicle than its big brother, the GLE. It's a refined-feeling machine as long as you avoid the loewr-powered 220 diesel model, and emissions are very good. Given the sumptuous-feeling cabin and the assuredly car-like driving manners, it’s easy to see that the GLC is a worthy choice. However, an Audi Q5 or BMW X3 are more practical, handle with more panache and have better standard infotainment.

No SUV is exactly beautiful but the GLC gets closer than most. Considering its predecessor (the left-hand drive-only GLK) was a boxy, ugly little brute, the GLC’s elegant lines are remarkable. It possesses highly similar front-end design to the C-Class and there are sleek rear light clusters that evoke sporty Mercedes estates. Like many modern cars, it suits the stronger body styling of higher specifications, as well as bigger alloys and a bold colour, but even in base trim it’s an attractive thing; the car-like design of the sweeping glasshouse in profile is a particularly neat detail, for instance.

This is a beautiful cabin, one of Mercedes’ best. There’s a lovely, concave appearance to the passenger-side fascia, while the ‘waterfall’ centre console sweeps gracefully down into the transmission tunnel. The driving position should be perfect for all drivers, as the seats are electrically adjustable and the steering wheel alters for rake and reach, while the quality of the solid metal fixtures and fittings is superb. It’s a wonderful place to sit.

It won’t, however, meet universal approval, because Mercedes has its own idiosyncratic style of ergonomics that won’t suit everyone. Such as a column-mounted shift lever, to the right of the wheel, which means the upper stalk on the opposing side controls all the wiper functions as well as headlamp beam and indicators.This might take some getting used-to for those moving over from rival brands. Add in seat adjustment buttons that are on the doors in usual Mercedes fashion rather than on the seats as in most rivals, and the infotainment screen perched on the top of the dash, and there are characteristics of the GLC's cabin that might put some buyers off if their minds aren't sufficiently open.

Here, the GLC is extremely functional. The rear seats split 40:20:40 for maximum usability, they fold flat with the boot floor when dropped, and there’s a neat little button near the rear hatch which stows them away when pressed. The loading lip of the boot is flat, and given the GLC isn’t the tallest of SUVs, hefting bulky items into the cargo area is easy.

This boot offers at least 550 litres of space, or 1600 litres with the rear seats folded away. It also has a lockable underfloor compartment for storing items securely, while all models get the Stowage Package which includes a tensioning strap in the centre console compartment, map pockets on the front seat backs, a retaining net on the boot floor, a collapsible box and a 12-volt socket in the boot.

All GLCs get Bluetooth, DAB radio, a seven-inch multimedia colour display, the Mercedes Me Connect assistance services, and Mercedes’ FrontBass speakers with the front woofers mounted in the footwells rather than the doors. However, the Garmin Map Pilot navigation system isn’t standard fit on the SE, appearing instead at Sport level.

Two packs, called Premium and Premium Plus, are options on all models bar the SE. Both of these bring comfort toys like ambient interior lighting, a panoramic sunroof, keyless entry and go, and memory functions for the electric seats, but Premium Plus also adds the full Comand Online software, uprating the screen to 8.4 inches, and a storming Burmester surround sound system with 13 speakers, a nine-channel amplifier and total output of 590 watts. Be warned: this bundle isn’t cheap.

An excellent array of engines is provided for the GLC line-up, with a heavy reliance on twin-turbocharged diesel power. Choose from a 2.1-litre four-cylinder in two power levels (170 or 204hp), or a 3.0-litre V6 with 258hp and a robust 458lb ft of torque. All models have 4Matic all-wheel drive and a nine-speed 9G-Tronic automatic gearbox. The 2.1 is an old engine and can be noisy in other Mercs, but in the GLC it is actually quite refined.

The GLC also has a magnificent ride, coupled with superb suppression of wind and tyre noise, so it’s an exceptionally good day-to-day operator. The ride on standard springs and dampers is good enough, but for the greatest luxury Air Body Control (ABC) suspension with adjustable damping is the way to go. Only the AMG GLC 43 has this as standard; it’s a four-figure option elsewhere in the range.

And the AMG model? It’s a fantastic thing, as its 362hp bi-turbo petrol V6 is lifted from various performance cars elsewhere in the Mercedes-AMG stable, such as the C 43 and the SLC 43. However, while it’s reasonably entertaining to drive, it’s not massively more thrilling than the diesels and so we’d recommend one of the ‘regular’ GLCs instead.

The Lane Tracking and Driver Assistance Packages add even more items, the latter bundling Active Blind Spot Assist, Active Lane Keeping Assist, Brake Assist Plus with Cross-Traffic Assist, Distronic Plus radar cruise control with Steering Assist and Stop&Go Pilot, and Pre-Safe Brake together for a reasonable fee. Neither pack is available on the SE, though.

There are two flat no-cost colours for the regular GLC range, which are Black and Polar White, although the AMG 43 can’t be specified in this simple Black. Cost-option metallic shades are Obsidian Black, Iridium Silver, Citrine Brown, Cavansite Blue, Brilliant Blue, Diamond Silver, and Selenite Grey – again, the 43 is not available in Cavansite Blue or Diamond Silver. Above these are the ‘designo’ paints, composed of Diamond White Bright, Hyacinth Red Metallic, and Citrine Brown Magno. This last colour alone is a special shade that costs almost £1800.

All the diesels come in Sport or AMG Line grades, while the GLC 43 gets its own comprehensive specification as befits its flagship status. The GLC comes with plenty of kit as standard, the Sport benefiting from climate control, Artico man-made leather (actual cowhide is an extra on all GLCs), cruise control, a reversing camera, automatic wipers and automatic tailgate-opening, LED lights, Garmin sat-nav, heated front seats, an Active Parking Assist (APA) feature with Parktronic sensors, electric folding mirrors and 18-inch wheels.

Step up to AMG Line and full AMG-mimicking styling inside and out bolsters the GLC’s appearance, while 19-inch wheels and sports suspension firm-up the handling and ride. There is also an intermediary specification of SE Executive, which adds just the APA, heated seats and sat-nav of the Sport model to the standard SE spec.

It’s very tempting to suggest you should go for the mighty V6 diesel, but in reality the 250 d, perhaps in AMG Line trim if the firm ride is to your liking, offers the best compromise between performance and economy. It’s also one of the few SUVs that looks particularly good in metallic white, if you can stretch to the 'designo' finish.

The GLC is far from the biggest of SUVs and with its mirrors folded in, the width reduces to a car-like 1890mm.

Both 2.1-litre diesel models dip underneath the 130g/km CO2 barrier, making them good for VED and benefit-in-kind (27 per cent). The 3.0 V6 diesel isn’t too far behind in economy and emissions, considering its power hike, while the high-performance AMG 43 is around 190g/km. The diesels will return anything between 48 and 57mpg, the AMG more like 34mpg.

The GLC was launched in 2015 so it’s too early to gauge long-term reliability, but the 2.1-litre diesel has been used by Mercedes for years and it’s not known for being prone to gremlins. There’s a suggestion the C-Class with which the GLC shares so much has developed a few niggles, so the GLC might be similarly afflicted; at least there’s a three-year, unlimited-mileage warranty offered.

Servicing is done on a condition-based cycle determined by how you drive the car, so there’s no fixed maintenance schedule. Mercedes servicing costs are not the cheapest, but you can pay for a Service Plan, which requires monthly payments to cover up to the first three services the car requires.

All GLCs are more than £35,000 and the upper half of the range can be found in the £40,000-£50,000 bracket. To get the best of the Mercedes, you’re going to want to add options that will take the price of the cheapest models beyond £40,000, increasing the car’s tax liability by £310 annually for years two to six of ownership. However, it’s priced according to its status and it has very strong predicted residual values, somewhat offsetting the robust purchase prices. 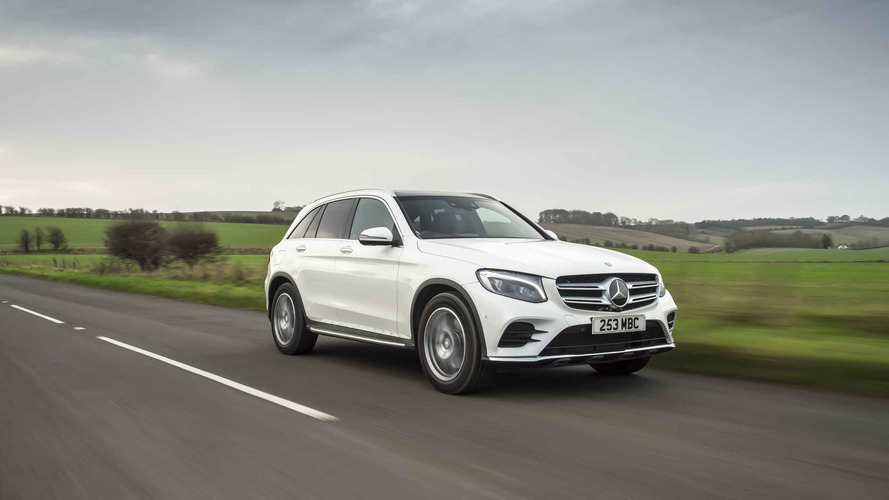