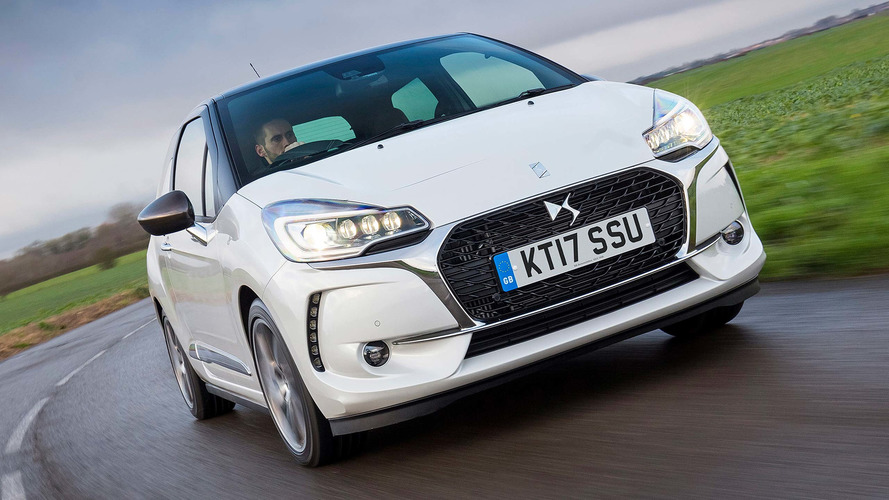 The Mini, with a that little bit of 'je ne sais quoi'

The DS 3 is by far the young French premium brand’s best-selling car in the UK, partly because it’s the cheapest and partly because it’s the best-resolved product of the current trio. It’s a Mini-rivalling three-door supermini focused on style with a convertible option and even special editions that come with an expensive designer chronograph watch in one case, and a Givenchy make-up kit in another.

Did you know? There are 78 body and roof colour combinations for the hatchback, and four roof designs for the Cabrio

The DS 3 is good to look at, sharp enough to drive, loaded with the technology fashion-conscious people really want, and comes fitted with brilliant engines used in many other places across DS’s parent PSA group. The interior quality is a let-down in some areas, and electric reliability is questionable, but the customisation potential inside and out will, for most buyers, make up for any shortfalls.

The DS 3’s look hasn’t really changed at all since its days as a Citroen product, except for the new badge at the front. It’s an ageing but still working theatre star that displays form over function in the shape of ‘blades’ behind the B-pillar and the lack of a five-door option. Alloy wheels are standard on all models for the sake of fashion, and for the same reason they all get LED daytime running lights.

One point heavily in the car’s favour is that it never seems to look too bland, even at the lower trim grades. The sportier models, like the Performance Line and Ultra Prestige, look better for their larger wheels that fill the arches more convincingly. They also show off extra exterior trim additions and a generally better-resolved and more purposeful look.

DS is marketed as a premium brand but its interior plastics don’t back up the claims. Some surfaces are good, like the perforated leather steering wheel in Performance models, but the long plastic strip surrounding the media screen and running all the way to the passenger door desperately needs an upgrade, feeling thin and looking shiny and cheap. It can be specified in a number of colours depending on the exact model, but none really work.

While front seat passengers get a good deal with a fair amount of space, people in the back aren’t so lucky. There’s a real lack of legroom there, and taller drivers only make the problem worse.

DS sells the 3 chiefly on looks rather than everyday practicality, and the boot suffers as a result. Just 285 litres in the hatchback and 245 litres in the Cabrio means that while there’s more luggage space than in the smaller Fiat 500, there’s much more to be had elsewhere in cars of this size.

Apart from a good helping of practical technology, the DS 3 has a modest amount of space available in its door pockets along with a dual-layer open-faced cupboard ahead of the gearstick and an enclosed one beneath the armrest, where specified. Both are useful for quickly stowing a phone, keys or change. Just watch out for scratches, because the plastics are not the hardest-wearing.

Entry-level Chic cars get a lot of luxuries, like alloy wheels, air conditioning, DAB radio, a USB port, a 12-volt socket and more. The seven-inch touch-screen is a highlight, through which you can connect a smartphone via Bluetooth for calls and media playback. Pick Elegance and above to get Mirror Screen tech, which includes Apple CarPlay connectivity. A hi-fi upgrade comes at Prestige level or for an extra cost.

There’s nothing overly fancy but the DS 3 covers all the important bases, giving a full spread of connectivity for devices. Satellite navigation isn’t standard until Performance Line and, ironically, misses out the Performance model despite the former technically being an imitation of the latter. If you have any iPhone, arguably you don’t need it.

The cheapest diesel engine is a bit lacklustre, without the sort of character the little DS deserves. The chassis is lively, the steering on the fast side and the suspension, in the main, well equipped to make the most of the grip available from the wide tyres. Choosing the larger wheel options on the Performance models can make the 3 feel too harsh and skittish over rough surfaces, slowing you down and making life uncomfortable, so stick to smaller wheels for better handling.

It turns into corners keenly, holding a line well until it hits a manhole cover or rough expansion joint, when it shimmies sideways slightly like most cars do. It has a good balance on winding roads, where it feels nicely cohesive and light-footed, especially with the excellent PureTech 130 petrol engine, which gives the car a decent turn of in-gear speed. The PureTech 110 is a good all-rounder.

A nice touch from the manufacturer is three years’ DS Roadside Assistance, which is an offer that spans the entire DS portfolio. In terms of the car itself, the main difference in safety spec is that the Prestige, Ultra Prestige, Performance Black and Performance BRM Chronographes all add Active City Brake to their standard kit lists.

The basic Chic model lacks the DS Connect Box emergency services-calling system, which leaps into action after a collision unless you cancel it at the time. Otherwise, all models share braking, traction and stability aids to provide a safety net when cornering, reduced wheelspin in bad weather and the fastest emergency stop possible in almost any conditions.Only the driver’s seat has an unfastened belt warning, while ISOFIX child seat mounts are installed at the outer rear seats.

Euro NCAP rated the old Citroen DS3 as a five-star car, and since becoming its own brand DS will not have allowed that to slide.

Colour is personal preference but the DS 3 looks great with a metallic finish. Arctic Steel and Shark Grey are underwhelming, but Ink Blue and Whisper Purple tick boxes for style, class and longevity.

The Contrast Pack colours, which include the roof and mirror housings, span White, Black, Emerald, Topaz and Gold.

The range isn’t a direct progression with shared equipment being built on at each subsequent step up, and it can be confusing trying to work out whether certain spin-off models are better than regular spec choices or not. In terms of prices, though, there is a clear order. It starts with Chic, which is yours with 82hp and 110hp petrol engines or a 100hp diesel. Impressive standard equipment covers cruise control, alloy wheels and air conditioning.

Prestige takes the range back to the core models, adding loads of high-spec toys like xenon headlights, a stereo upgrade, automatic lights and wipers and front parking sensors. The full range of engines applies apart from the 82hp and 210hp petrols. Ultra Prestige adds a reversing camera and great-looking watchstrap leather seats.

The three Performance models share a feisty 210hp turbocharged 1.6 petrol engine, but differ wildly in their interior trim and spec. Performance Black and BRM Chronographes have sat-nav and Active City Brake, while the latter also comes with a stunning DS-branded BRM wristwatch.

The DS 3 is a small car that shouldn’t pose any problems for manoeuvrability or driveway space. It’s a hair’s breadth over two metres wide including the mirrors, but the body itself is narrower than a Vauxhall Adam city car.

Fuel economy is very much in the DS 3’s favour. Up to 83.1mpg is possible according to official tests, but the high-60s real-world maximum is still impressive. Even the 1.2 petrols can manage well over 50mpg if driven with care and forward planning.

Servicing is unexpectedly expensive and insurance isn’t the cheapest, with insurers rating the 3’s attention-grabbing looks as a potential risk. Cars with Active City Brake should be cheaper to cover. Emissions are low right across the range, with the highest official output being a mere 129g/km.

Electrical problems are a persistent issue for DS that would need to be addressed properly if the brand is ever to make an impression on Japanese reliability survey dominance. Faults involving electronic niggles and odd behaviour are not uncommon. At least the expensive services should be well spaced apart, unless the car is subject to regular urban driving and short journeys.

The DS 3 asks a lot of money for a car essentially based on an old Citroen C3 platform. Too many of the interior materials aren’t up to scratch, and it’s not noted for retaining premium-brand levels of value, either. At a starting price of £14,735 it already looks steep compared to some other superminis, and once you add a few colour trim options, the price can start to look puzzling.

For a good mid-spec model the starting price with our recommended 110hp petrol engine is over £17,000, and there are better buys out there for the money. The cheapest Prestige model, with all its gadgets, is almost £20,500, and it’s another £1500 or so for Ultra Prestige.

Performance models start at £21,415, rising £2070 to upgrade to the Black model and finally topping out at £25,495 if you absolutely must have the extra-special BRM Chronographes model and the watch that goes with it. The watch really is stunning, to do it justice, but the price is bordering on that of the Volkswagen Golf GTI, which is a better car and makes a much more sensible buy. A Polo GTI is thousands cheaper... 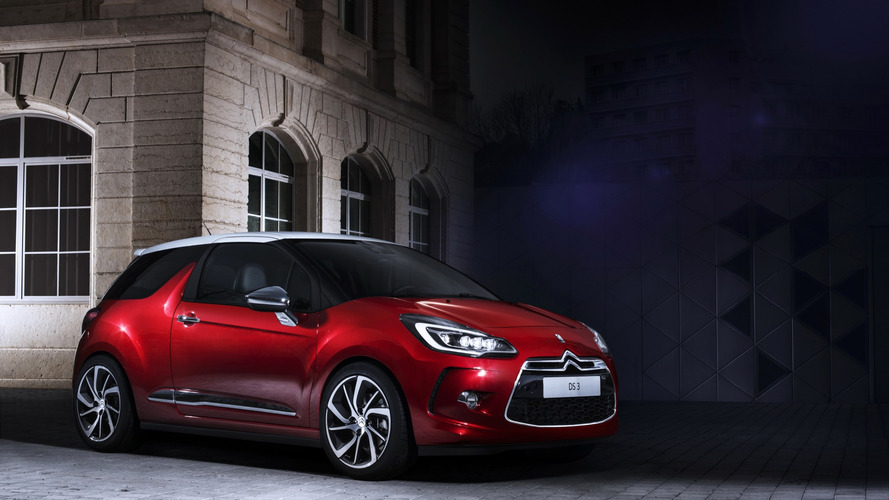