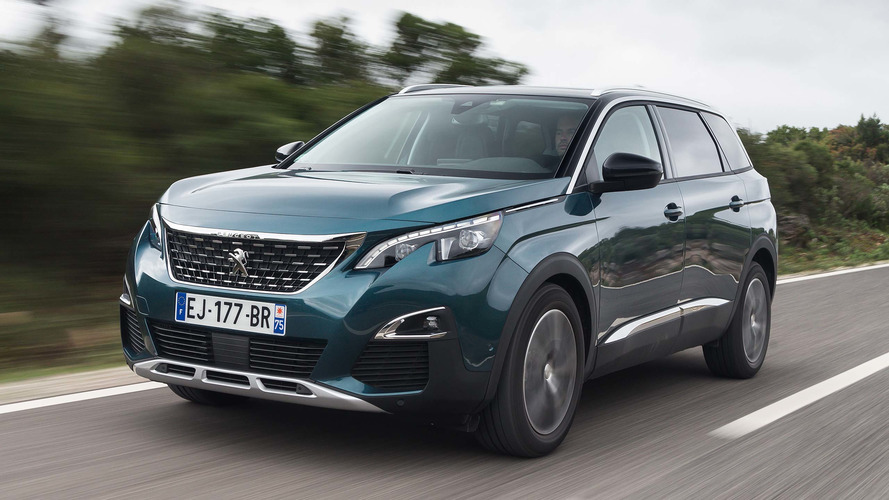 The all-new 5008 marks a significant change for Peugeot. Gone is the dull MPV form of the previous generation car and in has come a vehicle that looks for all intents and purposes like a 4x4, even if all versions are front-wheel drive.

Based on a lengthened 3008 platform and design, this departure from the increasingly unloved MPV form also means that Peugeot has exited the seven-seat people carrier market completely, neatly leaving greater breathing space between it and sister brand Citroen.

Hopping sectors means Peugeot expects the seven-seat 5008, which will start from approximately £23,000 when it goes on sale in May, to more than triple sales in its first full year by attracting new customers to the brand as well as retaining existing buyers.

From the front you would be forgiven for confusing the 5008 with the recently launched 3008. The pair are near identical around the grille, bonnet and front wheel arches and even to just beyond the windscreen.

It’s a bold look thanks to a vertical grille and bumper and sharp lines to the bonnet and lights. This means your seven-seater SUV-a-like will stand out, for the better, on the school run.

The rear, however, is where the 5008 differs from its five-seat 3008 sibling. Peugeot’s designers have cleverly hidden the rear boot’s bulk by running a chrome trim line ahead of the rear of the car. The rear screen of the boot sticks out beyond this line, but is ‘hidden’ because it’s black. Look at a profile picture of the 5008 and you’ll spot the extra bulk (which boosts boot space).

Peugeot claims the look conveys a more prestige image. While the exterior is certainly well proportioned and good looking, it’s the interior, and in particular the dashboard, that really looks and feels like it’s from a premium brand.

Like the 3008, the 5008 features Peugeot’s iCockpit which, in terms of design and quality, is well ahead of anything rival brands have to offer.

All models have a large colour digital screen instead of a traditional central instrument cluster. This means the display can be tailored by the driver to show different functions such as the satnav, infotainment or have a sportier look with greater emphasis on the rev counter and speedo.

In the centre of the dashboard there’s also a large (8-inch) colour screen to show other, or duplicate, functions. For the driver this is great because it’s angled in their direction, but the points distinctly away from the passenger. Couple this to the large amount of space in the front of the 5008’s cabin and from the passenger side, controlling the central screen is a bit of a stretch.

The front cabin design and location of the gearlever which seems to be further back than in other cars, means you can find your elbow hitting the seat when you change gear. And good and bad points continue in the second row of seats.

The good part is that there are three individual seats all with Isofix points. They all slide, tilt and fold individually too with, depending on the ‘slide’ position, great legroom. However, if the panoramic roof is fitted (an option on most trim levels, but standard on the top-spec GT version) then there simply isn’t enough headroom in the middle row for any adult approaching or over six-feet tall. A large oversight in a car designed to carry seven.

The third row of two individual seats, which fold flat into the floor and can be removed, don’t feature Isofix but can just about take an adult. Oddly headroom isn’t too bad in this row, but legroom will vary from tight to okay depending on the position of the middle row.

If you’re using the car to carry two or three kids on a day-to-day basis with the rear seats folded or removed, the boot is massive. Peugeot quotes a figure of 952 litres below the luggage cover. This is bigger than anything in the sector and many things a class (or two) above.

There are no such oversights in the way 5008 drives.

Peugeot will offer the 5008 with a choice of two petrol engines and four diesels. The petrols are a 130hp 1.2 and a 165hp 1.6. However, the diesels are expected to take the majority of sales with the 120hp 1.6 being the most popular overall. There’s also a 100hp version of this engine for those obsessed with the best fuel and CO2 figures (68.9mpg and 106g/km). There are also two versions of the 2.0-litre diesel offering 150hp and 180hp.

Even the more powerful options don’t make the 5008 a fast car, the best 0-60mph time comes up in 9.1 seconds for the 180hp diesel, but they do allow for good cruising performance and will allow less stressful overtaking. Engine refinement is good at everyday pace and there’s little in the way of wind noise at motorway speeds.

The only oddity is a ‘sport’ button that makes the throttle more responsive, adds an artificial weight to the steering, changes the driver’s display and pipes in engine noise. It’s this last point that isn’t welcome in a seven-seat SUV. While the noise isn’t too offensive in the petrols, it’s just harsh from the diesels. Avoid the button and you’ll be fine, though.

The way the car steers and rides puts it ahead of most rivals. The steering is light but accurate and turn-in is relatively sharp in the class. Thanks to suspension that is compliant enough to ensure comfort, but also stiff enough to stop body roll this quick steering is just about spot on.

And for those that want grip, while there’s no 4x4 option in the 5008, there is the option of GripControl which uses mud and snow tyres and an electronic front differential to improve traction in slippery conditions.

The decision to buy one, will come down mainly to how you’re going to use your seven seater. If Peugeot had made sure there was good headroom in the middle row of seats, it would be an instant class leader. The premium design, good drive, decent engines and massive amount of interior space would see to that.

If you’re only ever going to be carrying adults up front and kids in the rear seats then this is still the case. But if you’re occasionally going to carry granny and grandpa as well as the kids, then you may want to look elsewhere, or at least measure them to see if they’ll fit before you buy. 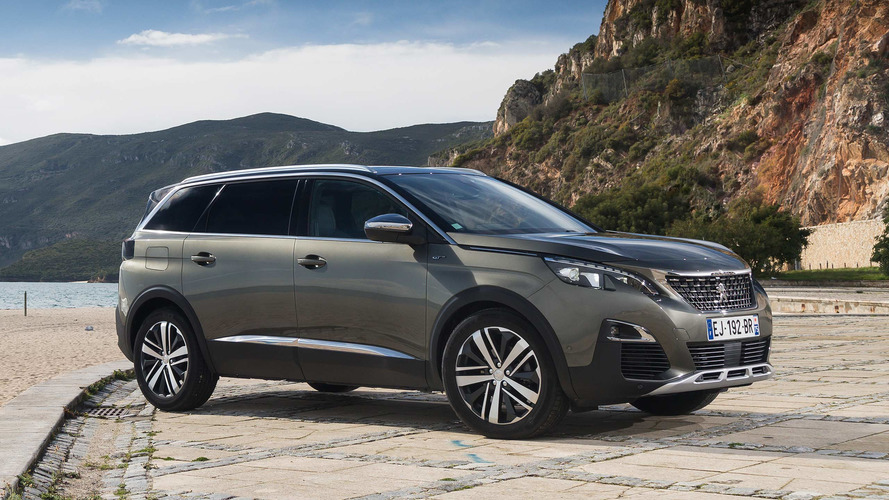