One of the finest premium four-door saloons you can buy.

Truly genre-defining cars don’t come along very often, but if there’s one enduring mainstay reference point of the automotive industry, it’s the BMW 3 Series. It has been going for more than 40 years and, for the vast majority of that time, it has been the yardstick by which all its competitors are measured – and they’re usually found wanting. Today, the Three is not quite so far ahead of the pack, if it’s still class-leader at all, but it remains a superb vehicle in many respects.

In the Saloon line-up of the 3 Series, there are over 30 different drivetrain and spec combinations alone, with another four provided by the 330e iPerformance plug-in hybrid, so there should be a variant to meet every conceivable need. A wide range of excellent engines and the choice of traditional rear- or four-wheel drive keeps the sixth-generation BMW 3 Series, launched in 2012, at the sharp end of the market.

Did you know? This generation of 3 Series is the first of the six built across 40 years that has an entirely turbocharged engine line-up.

The BMW 3 Series remains one of the finest premium four-door saloons you can buy. Its very name defines the sector it competes in, but rival companies have rolled up their sleeves and set about closing the gap to the German machine over the years. It’s also one of the older cars in the class, meaning it will be due for replacement soon, but that doesn’t alter the fact it’s still the first choice to make if you’re a keen driver, even if its chassis lacks the ultimate sparkle of its predecessors. It also has a top-quality cabin, and a collection of powerful, efficient engines to select from. If we’ve got any criticism of the Beemer at all, it’s the safe styling – and a midlife model facelift in 2015 hardly altered its appearance at all. Other than that, this is a glowing report card for the latest generation of a heavyweight champion of the car game. 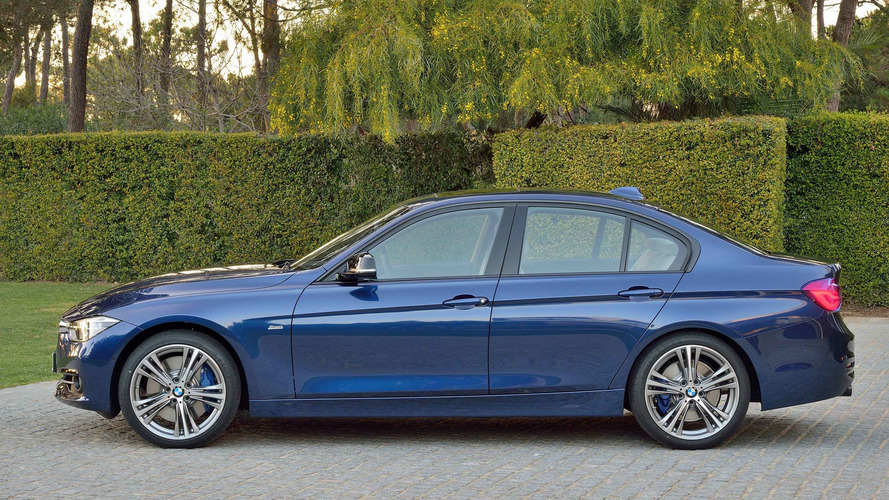 If the styling is the BMW’s weakest suit, that’s not to say the car is ugly. Prise the blue-and-white roundels off the front and rear of it, and we’d wager nine out of ten people would immediately identify it as a BMW 3 Series. It has taut lines and the thrown-back cabin that emphasises its rear-drive bias, but it’s surpassed for kerb appeal by the Jaguar XE and especially the Alfa Romeo Giulia – and it’s also perhaps behind its two bitterest rivals, the clean-cut Audi A4 and the elegant Mercedes-Benz C-Class.

The midlife 2015 facelift was something of a missed opportunity, because BMW was extremely reluctant to take the surgeon’s knife to the 3 Series’ looks, so it’s hard to distinguish the newer cars from the 2012 originals. To recap for you, the 2015 tweaks amounted to revised light clusters at both ends, some moderate bumper reshaping, and a choice of a few new colours for the body. As with many BMWs, the 3 Series’ appearance is considerably improved by being specified as an M Sport model and then finished in a strong colour. 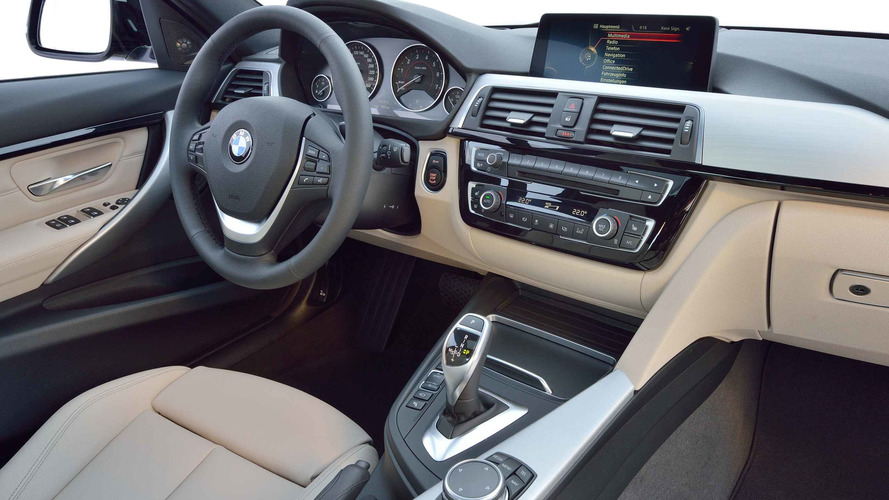 BMW’s dashboard design isn’t exactly flamboyant, but it’s mighty effective. Crisp, clear dials and a logical order to the switchgear makes it a doddle to operate – and, of course, as a BMW the 3 Series has the best infotainment control system around. The iDrive set up has been refined and finessed for the best part of 20 years, which means it’s the most intuitive set-up to use whether the car is stationary or on the move; touchscreens just don’t get close, and don’t let anyone tell you otherwise.

Otherwise, the visibility out of the cabin is excellent, and so is the quality of the fixtures and fittings, although this is one area where BMW has always had to play second fiddle to its Bavarian neighbour Audi. Good news, though, as leather upholstery is standard on every grade, bar SE and Sport.

As the largest 3 Series yet, four adults should get comfortable within the BMW with little difficulty. The boot holds 480 litres – exactly the same size as the Audi A4, Mercedes C-Class, and Alfa Giulia – but folding rear seats are a cost option. If specified, they split 40:20:40 and, bizarrely, this feature is standard on the 330e hybrid, although that car has a smaller boot at 370 litres on account of the electric ancillaries it has to carry. Finally, the driving position should suit everyone, as manual adjustment of the seat and steering column are standard range-wide, although electric seats are an option on every single 3 Series, including the 340i. 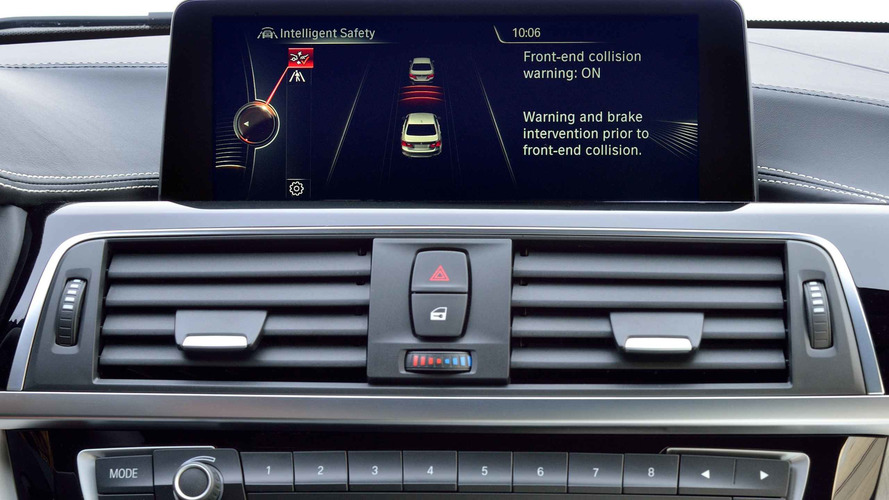 The 3 Series has a wealth of technology, with satnav standard on all cars as part of BMW’s decision to democratise mapping across its entire UK fleet in 2015. It is, mind you, Business navigation on a 6.5-inch screen; the flashier Professional Nav on the 8.8-inch iDrive screen is a cost option throughout the line-up and it only comes as part of a bundle with other tech. Bluetooth, DAB, Wi-Fi preparation, and BMW’s ConnectedDrive services are standard, while options for reasonable money include a TV function, Apple CarPlay, Head-Up Display, wireless charging for a smartphone, Voice Control, and two sound system upgrades, culminating in a 600-watt Harman Kardon set-up. 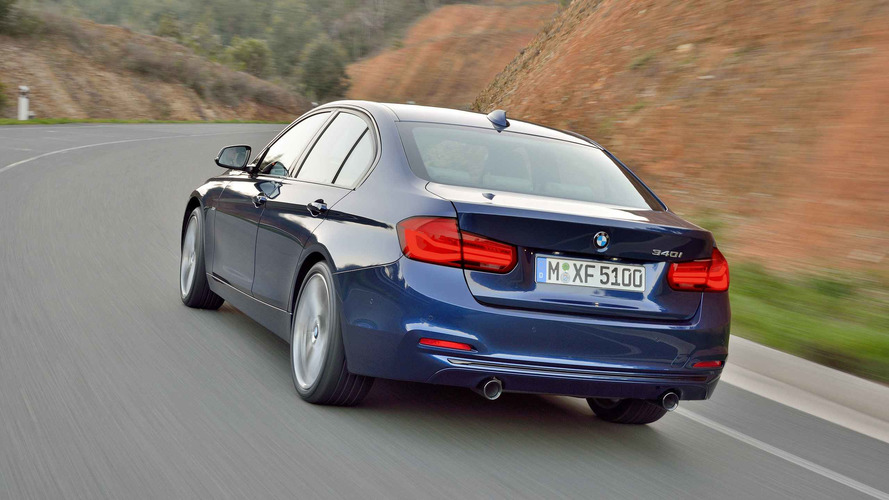 Yep, we’ve gone for full marks, even though we’d say the 3 Series is not quite as sharp as it once was. In a wholly understandable and honourable move, BMW has decided to up the comfort levels of the 3 Series, but the pay-off is that the Mk6 feels ever-so-slightly softer around the edges than preceding generations. You can counter that with optional adaptive dampers, which include sportier modes that feel a touch sharper than the passive set-up, but ultimately the 3 Series isn’t quite the athlete it once was.

It is still the best thing to drive in the class, though, closely followed by the Jaguar and Alfa Romeo. And what the BMW has on its side is a massive array of wonderful drivetrains. Only the 316d takes longer than 10 seconds to hit 62mph from a standstill, the rest of the cars running times between 4.8- and 8.9 seconds (this latter figure for the 318i, an intriguing three-cylinder proposition), and every engine is a smooth, quiet operator.

Power ranges from 134- to 324bhp for the petrol engines, and 115 to 310bhp for the diesels. Many models come with a six-speed manual gearbox as standard, but an exquisite eight-speed auto is either an option or standard-fit higher up the range; it’s well worth getting, as it often improves economy and performance at the same time – plus, it’s just a lovely, lovely thing to use. The 3 Series is a whole lot nicer to live with when you've got it fitted.

The models that can be fitted with BMW’s xDrive all-wheel system are the 320i, the 320d, and the 330d, while for the top-dog 335d, xDrive is mandatory. We say top dog, because it can hit 62mph from rest in just 4.8 seconds, while the 326hp 340i petrol takes 5.1 seconds. We’d love to steer you towards the 340i, which has the most outright driving thrills short of the full-fat M3, but in reality a 320d M Sport with the automatic transmission and rear-drive is the sweet spot of the range. 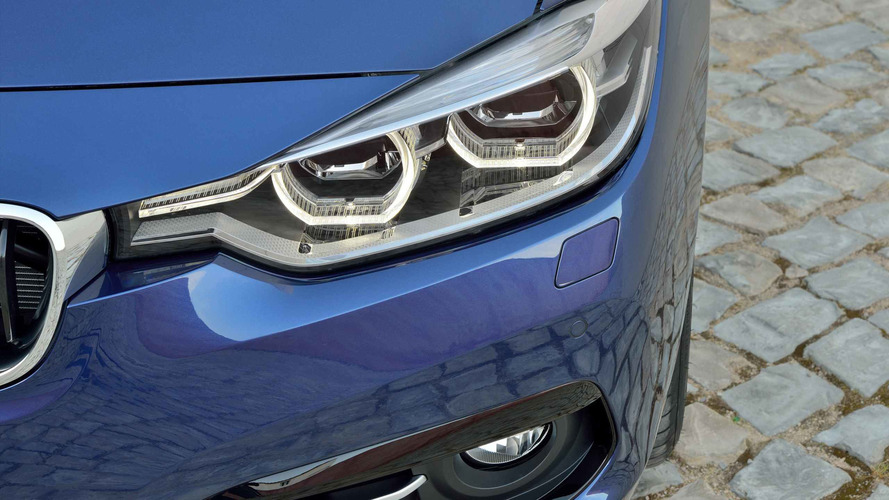 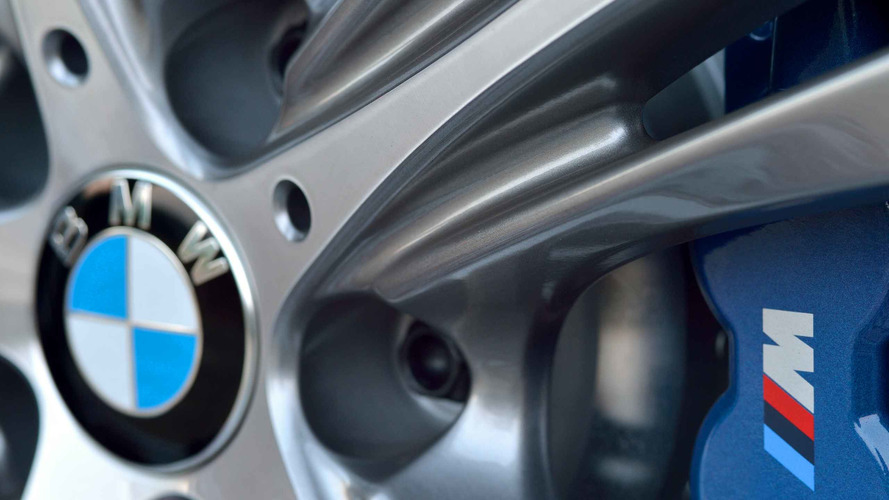 There are 18 colours overall, two solid and the rest metallic, with six of their number made up by expensive 'Individual' hues. Alpine White and Jet Black are the no-cost options, although bear in mind neither the M Sport cars nor the 330d in Luxury spec can be finished in the latter. Of the metallic paints, Glacier Silver, Mineral Grey, Black Sapphire, and Melbourne Red can be specified on any car. Mineral White, Platinum Silver, Jatoba, Mediterranean Blue, and Imperial Blue Xirallic are available on anything apart from the M Sport cars. Estoril Blue, in contrast, is only for the M Sport variants.

These run SE, EfficientDynamics (ED) Plus, ED Sport, Sport, Luxury, and then M Sport. Not all engines are available at all levels, and the ED Plus/ED Sport grades are specifically for a detuned version of the 320d. SE comes with dual-zone climate control, 17-inch wheels, and a multifunction steering wheel. The ED Plus benefits from leather upholstery with heated front seats, while the ED Sport changes the 16-inch fuel-saving wheels of the Plus for a set of 17-inch items.

Sport is a level up, but it goes back to cloth trim, although Drive Performance Control, Sport-specific exterior and interior styling, and Red Coral dash trim go some way to making up for that. Luxury uses various small details to up the opulence factor, while M Sport brings the usual accoutrements of stylish lower bodywork, an interior dominated by M Sport-detailing, sports seats, sports suspension, and all-LED headlights, as well as standard leather upholstery. For that reason, M Sport would be our pick of the trims, unless you're a business user, when ED Plus (only available on the de-tuned, company-car focussed 320d ED model) is a no-brainer.

The 3 Series is one of the more compact models in its class and so should present no significant size issues for owners in terms of garaging or parking. 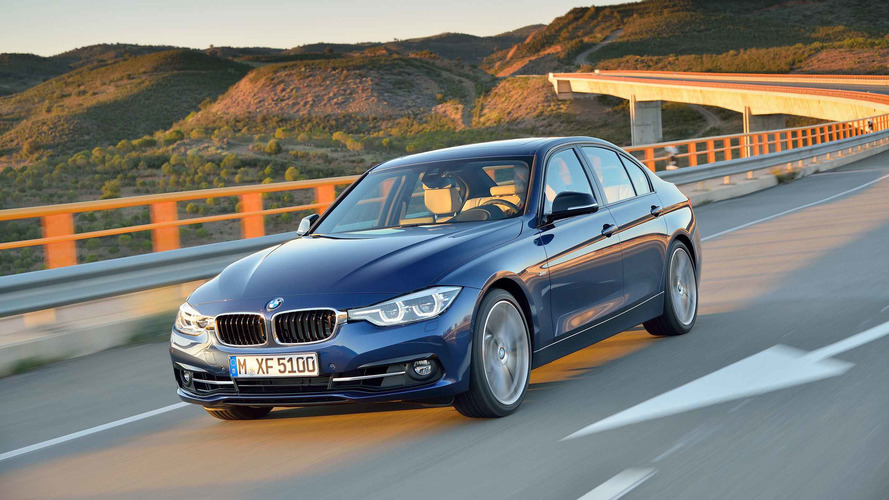 Among a sea of very efficient petrol and diesel motors, there are three distinct eco-champs in the line-up. For those on a budget, the 316d can get close to 70mpg with emissions dipping beneath the 110g/km mark. It’s not a three-cylinder engine, like its 318i entry-point petrol analogue, instead being a heavily detuned version of the 2.0-litre four-cylinder turbodiesel used in the 318d and 320d models.

That same engine is well worth having in the 320d ED Plus, targeted squarely at fleet buyers. With Active Air Flaps in its kidney grilles, its power detuned from the 320d’s 188bhp to 161bhp (but torque stays at 295lb ft), and a set of Michelin Energy Saver tyres on 16-inch alloys, it can give back more than 74mpg with emissions of 102g/km.

But your eye can’t help but be drawn to the 330e. Using a 2.0-litre four-cylinder petrol engine with electric augmentation, the quoted figures are 148mpg and just 44g/km of CO2 emitted. It has a zero-emissions range of 25 miles, so to achieve those extraordinary economy figures you’re going to have to regularly charge the 330e up – but it’s a really fine plug-in hybrid and well worth consideration, as it’s not even particularly expensive at £34,500… and the Government will then give you another £2,500 off in the form of a plug-in car grant.

The 3 Series is reasonably reliable, but owners do report niggling issues with electrics and brake judder, so don’t expect it to be faultless. A three-year, unlimited mileage warranty at least provides plenty of peace of mind for most buyers.

Servicing is done on the condition-based say-so of the car itself, with plans available from BMW to pay for years’ worth of maintenance costs for a one-off, moderate fee. 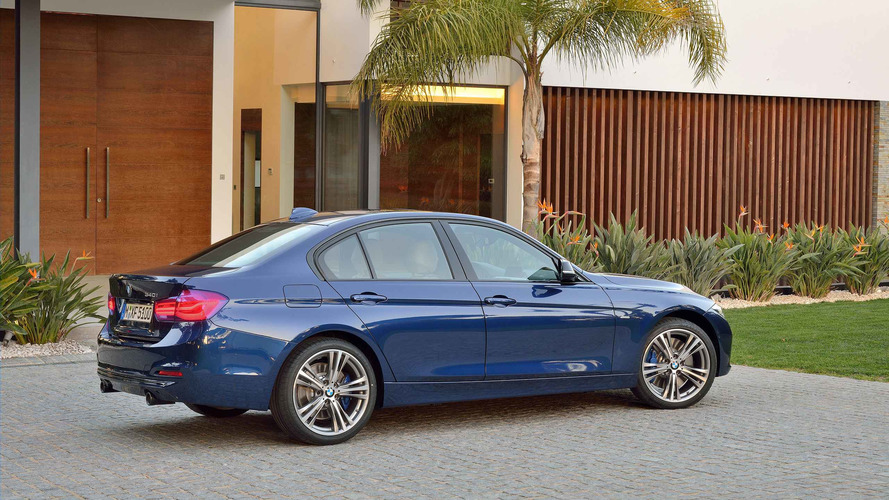 The cheapest BMW 3 Series is a petrol version (318i) and the most expensive short of the M performance models is a diesel (335d), showing how times have changed over the years – diesels were once minority interest in the 3 Series family. Quite a few petrol models come in at less than £30,000, but the best diesels are all beyond that figure. And, while the standard specification is reasonable on every model, there’s still the potential to add lots of costly options to lowlier variants that can make them look ludicrously expensive. Which is why it often makes economic sense with the 3 Series to just aim near the top of the tree anyway, as cars like the 340i and 335d xDrive come with plenty of extra equipment fitted as standard and will have strong residual values.