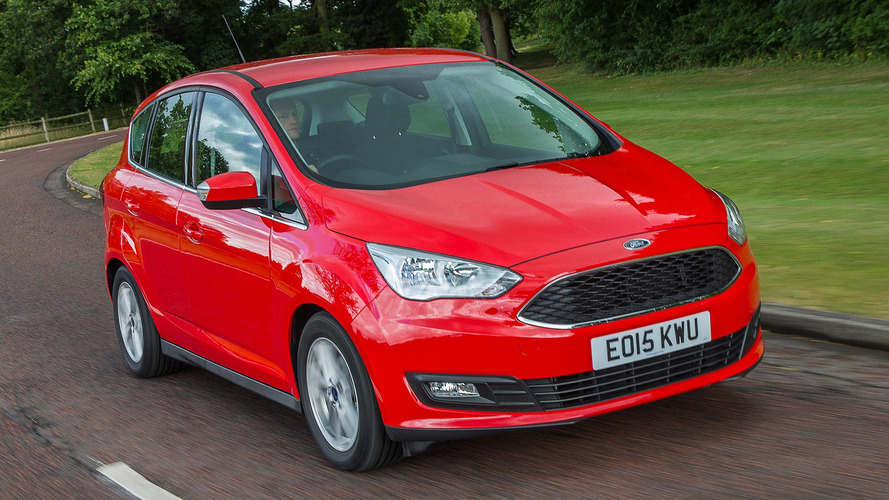 An MPV in an SUV's world.

After a decade and a half on the market, the C-Max still flies the mainstream compact MPV flag. It’s neither new nor especially trendy, but the C-Max has a low centre of gravity and drives more like a hatchback than a people carrier, in turn allowing it to seat five in comfort without forcing compromises upon the driver. There’s also a seven-seat Grand C-Max with useful sliding rear doors.

Did you know? A hybrid C-Max is sold in America, capable of 85mph on electric power alone. The plug-in version can drive 20 miles without petrol.

The C-Max is proof-positive that family cars don’t need to be dull. It’s safe as well as fun and has plenty of headroom, as well as a low centre of gravity. The sliding doors used by the Grand C-Max are brilliant for parents of young children, too. It’s just a shame that so much of the advanced technology Ford has developed is purely optional. Maintaining production of this compact MPV is a brave move from Ford in an age when most buyers prefer SUVs, but in some areas it clearly needs updates.

The back end of the seven-seat Grand C-Max is a little frumpy because of its higher roof line, but the regular C-Max is a study in ideal proportions. The roof slopes more steeply in the five-seat car and gives a more coupe-like silhouette, cutting neatly off at the rear screen. The trapezoidal grille works very well on this car, in combination with the hawkish headlights, and only the small wheels on low-spec models spoil the effect.

Ford’s image is under no pressure. Its sheer volume of good cars in the marketplace means that general public perception is very positive. The Fiesta was and will continue to be many people’s first car, giving the nation something of a soft spot for the brand.

The C-Max itself largely goes unnoticed on the road, being neither obnoxiously large nor particularly out of the ordinary in any way. It’s the invisible schoolkid who surprises everyone by winning first place medals on sports day. MPV styling isn’t in favour at the moment, but look beneath the surface and there’s more talent than anyone thought.

The C-Max is showing its age on the inside, with a dated centre console that squeezes its buttons into a far smaller space than necessary. It’s improved slightly by upgrading to Luxury models, which come with a large media interface and satellite navigation screen, but the whole look remains a little last-generation.

There’s not much wrong with the interior plastics, which have taken a turn for the better since the model’s last update, but some of the control dials are too light and feel flimsy. The cloth seats are well-shaped, especially on the backrests, but the bases could be longer for more under-thigh support.

The tall and narrow air vents are an acquired taste, blowing air in a different spread to most other cars. Some people like it, some don’t – but the concentrations of three separate vents at either end of the dashboard mean that quantity of air movement is not a problem.

There is plenty of provision for practicality in the C-Max, but much of it comes via optional extras. As standard, the boot measures a useful 432 litres, but there are no roof rails. Ford can supply plastic, rubber and carpet boot protectors, specially-designed roof racks, bike carriers, a retractable tow bar, mud flaps and, of course, floor mats.

The longer Grand C-Max trumps the regular model, though, with relatively lightweight sliding doors that pull slightly out and away from the car before retreating along its rear quarter. They aren’t powered, but they are light enough to operate one-handed: important if you’re carrying a child in the other arm.

This is priceless in car parks, where parents can reveal the full breadth of the door aperture head-on, even when parked next to something else. That makes it vastly easier to install child seats or tighten straps.

It’s frustrating that when a manufacturer offers the wealth of advanced technology Ford does, almost all of it is optional at extra cost. Some features are even limited to being optional on the highest trim levels.

One simple feature all C-Maxes get is the Easy-Fuel capless refuelling system, which prevents the wrong fuel being used. But although the splendid voice-controlled Sync 3 interface is standard on Titanium and Titanium X cars, it’s only optional on Zetec models. Given that this is a big selling-point for Ford, it seems odd to have missed it out.

Blind-spot warning, driver tiredness alert, a heated steering wheel, adaptive cruise control, pre-collision assist, lane-keeping assist, traffic-sign recognition and automatic headlight main beam are all technologies you have to pay extra for on a C-Max. The customisable MyKey technology is standard, but its usefulness here is up for debate.

There are few family cars of any size or shape that drive as sharply and confidently as the C-Max. Carrying the bulk of its weight low down and sharing its chassis with the famously fun Focus, the C-Max betrays almost none of its MPV sensibility along a winding road. Its supple suspension can occasionally become crashy over harsh bumps, but the accurate and well-weighted steering feels securely tied to the road and the relative lack of body-roll is amazing in action. Ford’s sprinkling of handling magic makes this car feel far more like a light-footed hatchback than a slow and steady MPV.

The 1.0-litre turbocharged Ecoboost petrol engines amaze with their unbelievable torque and zesty character. The 125hp version is dynamite in the lighter C-Max, but both it and the cheaper 100hp option ultimately have to work more frequently at a high percentage of their potential, which can make them feel strained on faster roads. The old 1.6-litre normally-aspirated engine is worth avoiding, but the 2.0-litre 150hp diesel gives outstanding acceleration for the class.

The current generation of C-Max has somehow escaped Euro NCAP testing, but its predecessor went under the microscope in 2010, coming away with a five-star rating and excellent scores for adult and child occupant protection.

There are no electrically-activated child locks on the entry-level C-Max Zetec, but they are included on the same trim grade on the Grand C-Max. Next to the safest cars in the wider compact family car class, the C-Max is missing a great deal of active safety equipment.

Ford’s one free colour option for the C-Max is Race Red, a not unpleasant but fairly characterless shade. Two levels of optional paint are offered, called Premium and Exclusive. The first step of Premium is £250 Frozen White: simply a plain, flat white. Of the £525 Premium range, metallic grey Magnetic and rich Deep Impact Blue look the best on the car, adding an expensive look. Moondust Silver and Tectonic Silver, both a little bland, complete the selection.

Exclusive paints cost £645 and cover the deep, lustrous Red Rush, uninspiring Iceberg Blue and Caribou, which is a bronze-brown.

Ford has simplified the C-Max range down to three trim levels, starting with Zetec and rising through Titanium to Titanium X. Only Titanium X cars get bi-xenon headlights, electric driver’s seat adjustment and, on Grand C-Max models, floor mats even for the third seat row.

There is also the Sync 3 system, with voice control, Apple CarPlay and Android Auto, Bluetooth, DAB, FM and AM radio reception and a CD player. The eight-inch screen is touch-sensitive, there is system-wide voice control including audible text messaging and two USB ports.

The C-Max is on the wide side, which is one reason why it handles as well as it does. It’s still narrower than a large MPV, though, so shouldn’t face much trouble either on city streets or in tight urban car parks. When parked, it’s best to fold the mirrors in.

The fact that the small petrol engines have to work so hard means that, despite hilariously enjoyable power and torque from such a small capacity, fuel economy suffers badly. Although official testing claims 55.4mpg, 35mpg is a better real-world estimate – collated from dozens of sources.

Engine choice here makes a noticeable difference to the total weight of the car, with the 2.0-litre diesel listed as 100kg heavier than the 1.0 petrol. That limits how efficient it can ultimately be, but 55mpg is a realistic everyday target.

On the emissions-based road tax system the Ecoboost petrols and the 1.5-litre diesels share honours, but the 68.9mpg diesel is the more frugal by a margin, even in actual use. Servicing should be no more expensive than for a Focus, although the extra weight of the C-Max could see tyres wear out slightly more frequently.

Ford has a reputation for electrical gremlins and other minor faults, but mechanically the Focus platform underpinning the C-Max is sound. No recalls have been recorded for the current car.

The C-Max range starts with the Zetec trim grade, coupled with the outdated 1.6-litre petrol engine. At £19,595, it’s already more expensive than some entry-grade seven-seat MPVs, though, and the costliest Zetec car, a 1.5-litre TDCi automatic, adds a barely comprehensible £3,100.