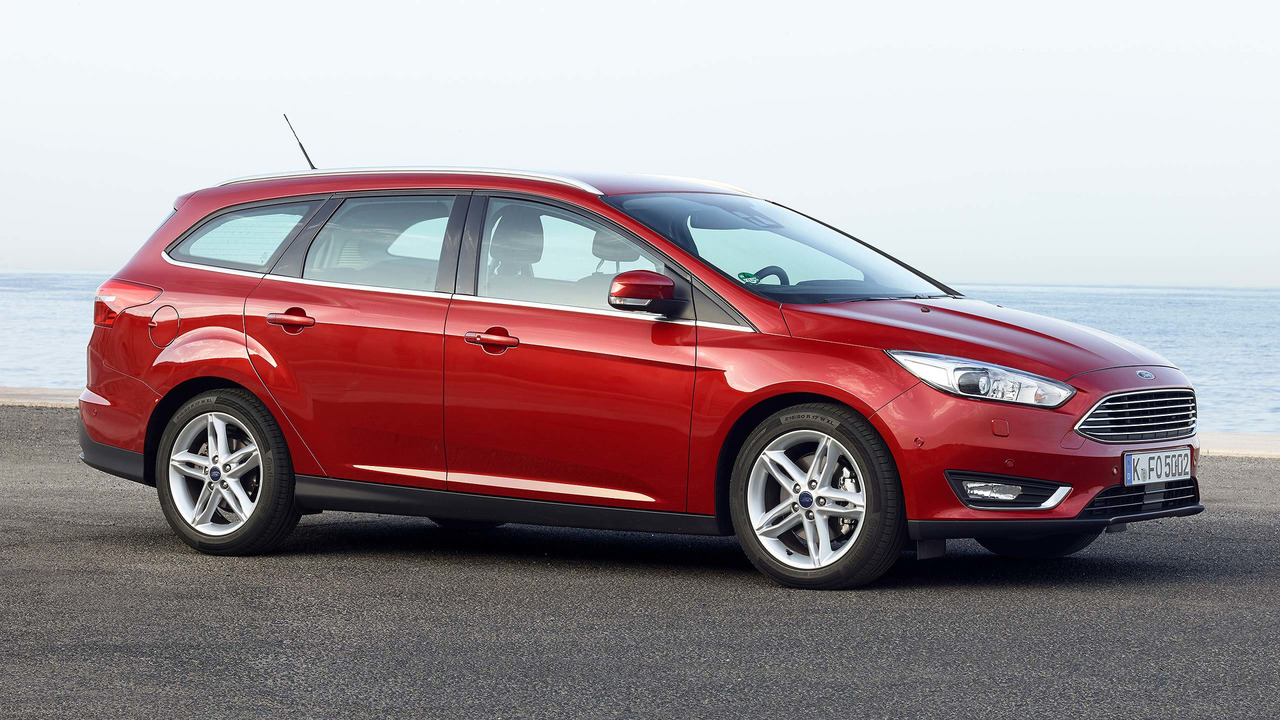 An all-rounder that needs the right spec.

As an estate, the Focus is beaten for space and practicality by most of its rivals – but it does drive with more zest than most. It can look great in the right specification, too, and benefits from Ford’s latest infotainment technology. It’s a better family car than the hatchback, giving a little more flexibility with an extra 200mm of length at the back.

Did you know? The Focus Estate’s 490-litre boot is the same size as the one in the rear-wheel-drive Mercedes C-Class Estate

While prices are high, this is a car that usually attracts discounts without much hassle. It’s only particularly stylish in sportier trim outfits and the lower grades look rather utilitarian, to say the least. However, the engines are advanced and generally powerful enough to haul trailers, caravans or just five people and some luggage. The Focus Estate can fulfil so many briefs. It’s a great all-rounder, but it’s a shame the boot isn’t bigger.

The Focus Estate has no particular special design features other than the trademark grille and hawk-eye headlights it shares with the hatchback. From the front, mid- and high-spec models look really good, but the sides and rear are quite featureless and easily forgotten. The ride height can look too high and ungainly, so it’s vulnerable to the choice of trim grade and size of wheel it wears, looking slick and racy on large alloys with a bodykit and spoiler, but terrible at the bottom of the range.

The Focus Estate is so common on British roads that it can’t really sustain a single clearly-defined image. Different people buy the car for different reasons, but they all like it in their own way. It’s something of a magnolia choice: hard to actively dislike but not especially interesting or different. In some cases, it’s a choice to make when you really don’t know what to buy.

When the Focus was last updated, Ford gave it a better interior with higher-quality plastics. It’s the details where it falls short, though, and it still can’t equal the class leaders for upmarket ambience. The look, feel and layout of buttons seem as though they were designed by a group of people who didn’t talk to each other – or benchmark the best rivals.

The dashboard and centre console look dated, and no amount of silver plastic accents can overcome that. On more expensive versions, the console and the steering wheel are packed with row after row of buttons that have been squeezed into far smaller an area than they should really occupy. The instrument cluster is perhaps too busy, as if it’s trying to emphasise how technologically savvy the car is, and yet the digital display between the analogue dials seems at least one generation behind, at least in its appearance.

The Focus is quite small for an estate, with a boot that matches rear- and four-wheel drive premium compact estates whose load areas are shrunk to house the drivetrain beneath. The Focus Estate doesn’t really have any excuses. A maximum 490-litre volume with the rear seats upright is miserly compared to the Volkswagen Golf Estate’s 605 litres or the Skoda Octavia’s 610 litres.

The boot does feature a few hooks to hang bags from, which is a useful touch, but there are no lashing hooks or cargo nets unless you delve into the options list. The rear seats, as is normal, are split 60:40 and fold down almost flat. Also worth noting is that the estate has an extra 120mm of width in the boot compared to the hatchback.

Buyers can specify either a tyre repair kit or a space-saver spare wheel. A full-size spare isn’t an option for the Focus estate.

Titanium X trim, the most luxurious on offer, has an excellent spread of tech. It comes with Active Park Assist, which parks the car in bays and roadside spaces with only minimal input from the driver, if you can learn to trust it and be patient. The system can also get you out of tight spaces. Heated seats, rear parking sensors and a rear-view camera are standard at this level, too, but the rest of the range looks comparatively sparsely furnished.

For example, Titanium spec makes do with manual air conditioning, as do the ST-1, ST-Line special editions, Zetec and Style. Cruise control is on both Titanium cars, but no others unless as an option. The 1.6-litre engines are so old-fashioned that those cars still run on hydraulic steering as opposed to the newer electric type. The one and only stand-out feature is the inclusion of the more advanced Sync 3 system on Zetec models and up, with the exception of the ST-1. It’s an excellent system with an eight-inch touchscreen and one of the best voice control interfaces on the market, but it looks to have compromised the rest of the equipment list.

Ford offers such a broad range of engines that it’s impossible to generalise. The most basic 1.6 has a feeble 85hp, but the three ST models share not just a 185hp diesel but a 250hp turbocharged petrol as well, which offers a huge turn of speed and old-school hot hatch hooliganism.

Handling has always been one of the Focus’ strongest suits, even as an estate, and it still has light but keen steering with a sharp turn-in after some initial vagueness around the straight-ahead. The estate has firmer springs at the back that can sometimes compromise the balance between front and rear suspension responses, but that’s a factor common to most estates. There’s still an appreciable difference versus rivals in how the Focus flows with a road and works with its driver.

The diesel engines offer a mixed bag of attributes. They aren’t the quietest and the cheaper 1.5 can feel a bit strained when the car is full, but the 2.0-litre version has loads of muscle, making it easily the best choice for the estate.

There is no official crash safety score for the current Focus Estate. At present, it hasn’t been put through the standardised test procedures. Encouragingly, the previous Focus, which was mechanically very similar to the current one, scored a maximum five stars in Euro NCAP tests with excellent impact protection for adults, children and pedestrians.

It’s frustrating to see almost every active safety technology restricted to the options list, including blind-spot warning, rear cross-traffic warning, traffic-sign recognition and lane-keeping assist. Most of the range has to make do with a suite of stability and traction control systems, plus Torque Vectoring Control to help make corners safer by reducing the risk of running wide.

Having formerly had white as the free colour choice, Ford has moved to two standard colours: Race Red and Blazer Blue. The ST-Line Red and Black Editions come with their own unique colour schemes, as per their names. There are then two levels of optional paints, called Premium and Exclusive.

Premium colours include Frozen White, mid-grey Magnetic, Shadow Black, Deep Impact Blue and Moondust Silver. Exclusive shades comprise Candy Red, Iceberg Blue and Tectonic Silver. Tangerine Scream and Stealth Grey are both expensive colour options only offered on certain ST models: the former on the ST-2 and ST-3, and the latter only on the ST-3.

Given how sensitive the car is to trim grade, the colour choice is almost irrelevant, but Magnetic adds a sense of maturity and class, which the bland shape can lack in lighter shades. The Red and Black Edition models look great just as they are, though.

Titanium X is the highest grade of what Ford calls its Luxury models, and it’s the only one that could be called plush. Larger wheels, adaptive lighting with xenon cornering headlights, Active Park Assist, a rear-view parking camera and partial leather upholstery are among the highlights. The driver gets a basic electrically-adjustable seat, with heating for both front chairs.

The ST-1, ST-2 and ST-3 form a separate sub-range in which the estate looks especially good, with some standard specification overlap but also a lot of unique features, such as 18-inch wheels across the board, lovely Recaro seats and ST-specific interior trim. The ST-1 makes do with the older Sync system, though, and misses out on trinkets like the heated front screen and automatic headlights.

Ford has found that Focus buyers like to add plenty of sporty trim options, so grouping these set combinations of popular features together makes it easier for buyers to sign on the dotted line. The estate looks especially good in ST-Line trim, which, as its name implies, is inspired by the looks of the ST. By taking the Zetec model and adding just the right combination of ST-inspired aesthetic features inside and out, Ford has delivered a product that stands out in the regular Focus range.

The ST-Line Red and ST-Line Black Editions have identical kit lists and engine choices, but in different colours. The Black has a red roof and red detailing on a black body, while the subtler Red has black detailing and metallic dark grey wheels.

Taking into account its mirrors, the Focus is wider than it looks. Its flat sides mean very little of the mirror overlaps the body panels, but folding them in helps if access to your garage is tight.

On paper, the Focus Estate’s fuel economy figures look too good to be true, and in the reality of everyday life, they are. The always surprising 1.0-litre Ecoboost turbo is, for all its impressive torque, a poor performer for fuel economy. The stated 60-65mpg is impossible on the average commute, with most owners reporting averages in the low 40s at best. A similar thing goes for the 1.5-litre diesel, which only achieves close to its official average when driven on longer journeys with extreme patience. As a rule of thumb, subtract 15% from the official average and you’ll have a realistic target to aim for.

Ford servicing is generally very affordable. Engine technology is becoming more complicated and a premium will generally apply for ST models, but it shouldn’t be anything to worry about.

Ford does well for the reliability of its mechanical and electrical systems, but its interiors tend to age faster than other brands, leading to complaints of rattling and squeaking trim. Servicing is cheap, though – about as cheap as it gets at main dealers.

Surprisingly, the Focus Estate has higher list prices than many of the rivals you would assume were more expensive, which does make shopping around and haggling essential. The Style Econetic starts at £20,695. Owing to a standard diesel engine and aerodynamic revisions to extract the maximum fuel economy, it’s actually £100 more expensive than the cheapest Zetec, which comes with a 100hp 1.0-litre petrol engine. 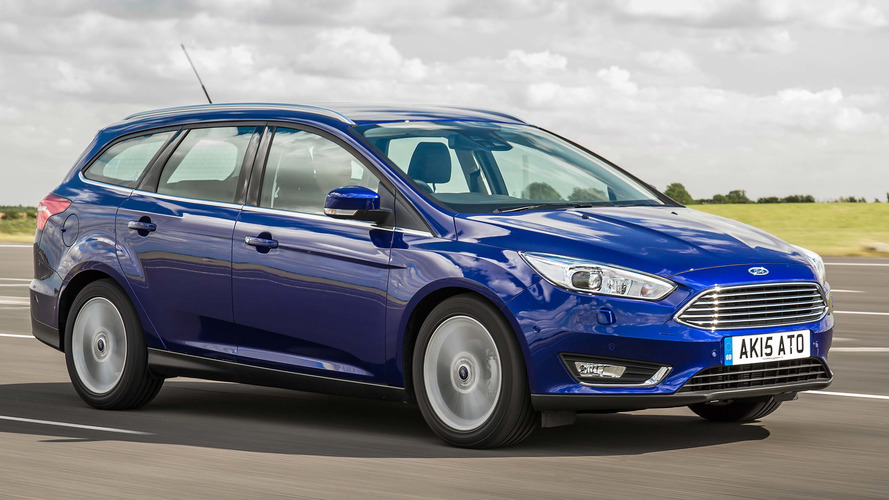