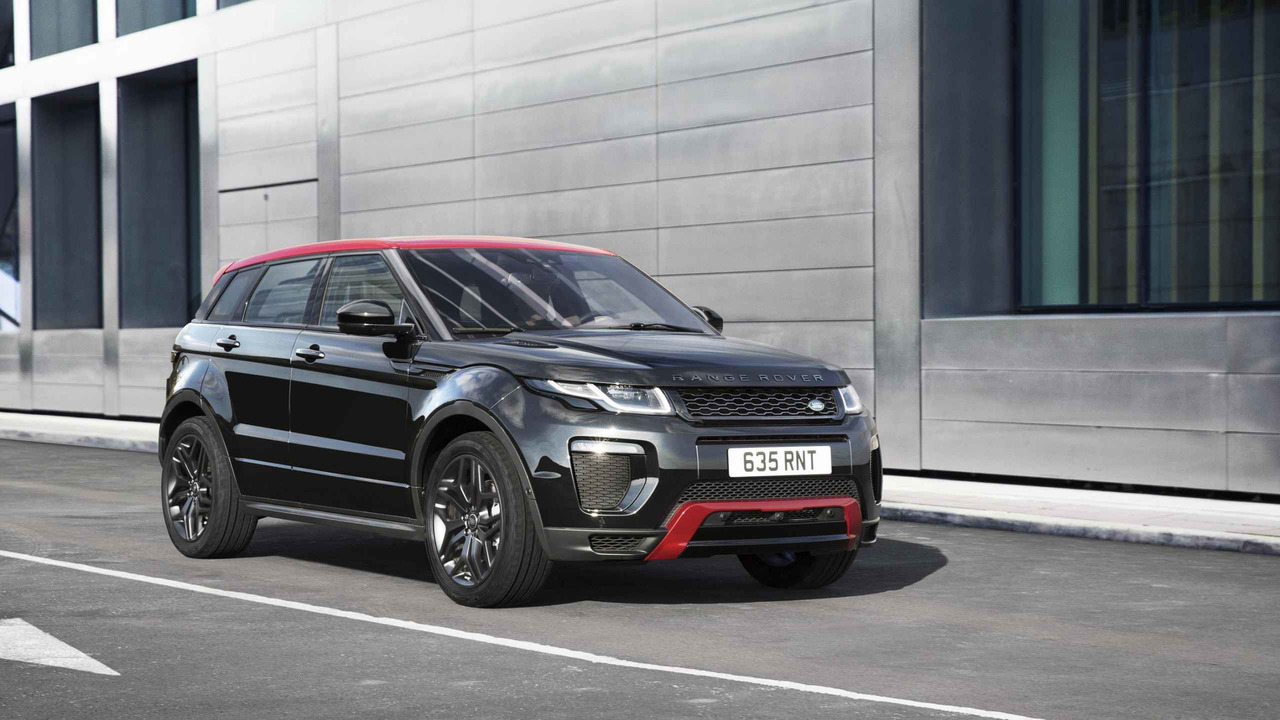 The Range Rover Evoque is one of the most desirable small SUVs, even if it isn't as practical and doesn't handle as well as rivals like the Audi Q5

The Range Rover Evoque is only one of the most fashionable, desirable cars around – it may be compact, but its badge has the same cachet as the bigger, more expensive Range Rovers. It's already one of Land Rover’s best-selling cars of all time, and the bedrock on which the firm’s recent success has been built. It's not the best small SUV to drive, nor is it the most practical, but it's got plenty going for it regardless.

Did you know? The Evoque was inspired by the original Land Rover LRX concept car, which was only designed to have three doors at first.

The Evoque has been with us since 2011, but shows no signs of its success slowing down. It’s a car that sells primarily on looks, and it's not hard to see why it has sold so well on that basis, while underneath there’s a solid base of traditional Land Rover capability. It’s seriously impressive off-road and comfortable on the tarmac. However, it is far from the best small SUV to drive, being a bit stodgy round corners and with engines that, while adequate, deliver neither the best performance nor the best efficiency in the class. There are also far more practical alternatives. Ultimately, while the Evoque oozes desirability, there are far better posh SUVs out there, from the Porsche Macan and Audi Q5 to Land Rover's own Discovery Sport and the BMW X3.

You could, I suppose, argue that the Evoque's design is starting to age a bit, and that the 2016 update was not what you’d call comprehensive. And yet the styling remains utterly appealing and still distinctive (even though pretty much every other model in the Land Rover range now draws on the Evoque for inspiration) and the facelift did bring more distinctive, modern-looking lights and grille and the improved infotainment.

The sheer brand appeal of the Evoque is all but impossible to beat – after all, for a relatively affordable price, you can turn to your significant other of an evening and say “shall we take the Range Rover this evening, darling?” With a combination of (relative) practicality and (relative) frugality that’s pretty hard to beat.

The cabin of the Range Rover Evoque is, like that of the Discovery Sport and most other Land Rover models; good looking but not as solid-feeling or as ergonomically ideal as the cabin of an Audi Q5. There’s a plain slab of upholstered dash, some rather disappointing main instruments and a central touch screen that is good if it’s the new 10-inch unit, but bad if it’s the old 8-inch one.

Even so, the Evoque’s cabin works well because, while it lacks some of the style of rivals', it’s fundamentally good with terrifically comfortable seats, a good driving position and, in spite of the sloping roof and small rear glass, decent all-round visibility. Overall refinement is decent too, although the diesel engine is far from the quietest in the class.

You approach the Evoque, with that sharply angled roof and shallow glass, assuming it cannot possibly be practical inside, and yet it just about manages to be. Space up front is fine, and the Evoque’s occasionally awkward broad girth means that there’s ample room between the front seat passengers. Space in the back looks mean at first, but then you get in and realise that legroom is actually fine and headroom is only compromised if you’re well over six-feet tall. Sure, a Volvo XC60, BMW X3 or Audi Q5 will be usefully better if you have to lean in and fit kids into chunky car seats, as the Range Rover's raked roofline makes it easy to bash your head. Even so, kids will be fine back there, even if they’ll complain about the angled window line not giving them enough of a view out.

The boot, at 575 litres, is the same for both front-wheel-drive and four-wheel-drive models, and is pretty generous considering again the styling. For three-door ‘Coupe’ variants, that does shrink slightly to 550 litres. All models get the option of a power-operated tailgate with under-bumper gesture control that allows you to open it when your hands are full.

Those include online connectivity, a Wi-Fi hotspot, a smartphone app that allows you to access vehicle status data online, transferable maps that can link from the car to your home computer and back again, connection to a Tile app that can remind you when you’ve forgotten important items before leaving the house, and a 380-watt Meridian high-end sound system. There’s also the option of a head-up display and a dual-view touchscreen that allows your passenger to watch a movie while you concentrate on the sat-nav screen.

The Evoque handles well, with light but quick-witted steering that lets you corner with confidence and even a touch of relish on a twisting road. It’s quite wide, which tends to make you more cautious on narrow, twisting roads, and a Porsche Macan, BMW X3 and even the sharp Audi Q5 handle with more zing and front-end precision.

The baby Range Rover isn't the most comfortable small SUV going, either. It’s not outrageously stiff, but when you start loading the Evoque up with bigger optional alloys, the ride does start to suffer and it can be quite jittery at urban speeds.

Overall refinement and comfort is pretty good though, thanks especially to the Ingenium 2.0-litre four-cylinder turbodiesel engine. It can be a touch noisy on a cold start, but given a chance to warm up it’s decently refined. The basic 147bhp version has 280lb ft of torque, which is sufficient to make the Evoque feel quite fleet-footed. The 177bhp version has a solid 317lb.ft so that feels quite quick. There is a little-seen 237bhp 2.0-litre petrol turbo version, too, but very few of those will ever be sold here, thanks to high emissions and poor fuel consumption. The six-speed manual transmission is fine, but most buyers will go for the smooth nine-speed automatic instead - it's well worth the money, even if it's a slower-shifting 'box than the best autos in this class, and can also be caught napping if you ask for a quick burst of speed.

Don’t forget that, for all it being a style-led SUV, the Evoque is still a Land Rover and can do the off-road thing with aplomb. It can be equipped with Terrain Response, All Terrain Progress Control (which gets you moving on slippery surfaces), Hill Descent Control, and a wade-sensing system that can detect how deep any standing water in front of you is (and the Evoque can wade through an impressive half-a-metre of water as standard).

Tested by Euro NCAP in 2011, the Evoque received a full five-star safety award, with an 86 percent adult occupant protection rating, 75 percent for child protection, 41 percent pedestrian protection and 86 per cent for safety assist.

As well as seven airbags and a full suite of stability control, roll stability control, lane departure warning and autonomous emergency braking all as standard, the Evoque can be specified with a lane-keeping steering system, radar-guided cruise control that can take over full control in heavy traffic at speeds of up to 37mph, adaptive LED headlights, a blind spot monitor, a surround-view camera system, traffic sign recognition, an automated parking system, a trailer reversing assistant, and an emergency SOS call function that rings for the emergency services in the event of an accident. ISOFIX mounting points for child car seats are standard on the two outer rear seats.

There’s just the one solid paint finish – Fuji White – and then there are metallic options in Yulong White, Indus Silver, Baltoro Ice, Corris Grey, Kaikoura Stone, Scotia Grey, Aintree Green, Loire Blue, Santorini Black, and Firenze Red. There are also ‘Premium Metallic’ finishes in Phoenix Orange, Silicon Silver, Aruba, Waitomo Grey, Carpathian Grey, and Farallon Black. All colours can be ordered with a contrast grey or black roof. The Convertible only comes with a black fabric roof for now, but more colour options for that are expected to be introduced.

As with most Land Rover products, you can spend half your life and all your fortune going through the Evoque's list of optional extras, so we’d suggest keeping it relatively simple by going for a well-equipped HSE Dynamic model and spending a little bit extra to get the best safety and driver assistance options (such as the surround view cameras, parking aid and lane-keeping assistant). To be honest, you really don’t need more than that, but make sure it has both four-wheel drive and the nine-speed automatic.

Although it’s relatively low-slung and not that long, the Evoque is quite broad across its beam, so make sure your driveway or garage is wide enough for it to fit.

Upon hearing the Range Rover name, you’ll be assuming that the Evoque is both thirsty and heavy on emissions. But it doesn’t have to be. There’s an 'e-Capability eD4' model that mixes a 147bhp diesel engine with front-wheel drive, stop-start and brake energy recuperation to achieve figures of just 109g/km (for the coupe – 113g/km for the five-door) and official fuel economy of 67.5mpg. That’s hugely impressive for a style-oriented SUV, even if it's not great to drive.

For the more mainstream Evoque models, those figures rise to a still-respectable 125g/km and 58.9mpg for a five-door four-wheel drive 177bhp model, or 134g/km and 55.4mpg for the same engine with an automatic transmission.

The plus side to the slightly expensive asking price of the Range Rover is that it holds its value well, so depreciation is quite reasonable. Finance deals are also often quite respectable, with Land Rover offering hefty deposit contributions and low interest.

The Evoque has been recalled for possible fuel leaks, faulty passenger airbags, engines cutting out unexpectedly, electrical short circuits, and a fault with the steering. It's fair therefore to say that Land Rover’s reliability reputation is improving, but still behind that of rivals. The Evoque, being based on the well-regarded Series II Freelander, should be mostly better in quality and reliability terms, though, and it is built in a very modern factory, so that bodes well in the longer term.

Land Rover offers an inclusive servicing package that covers the first five years’ scheduled servicing for up to 50,000 miles.

No car with a Range Rover badge is ever going to be cheap, but the Evoque does at least approach affordability, with prices starting from a little over £30,000, and well-equipped SE Tech models staying under £40,000.

Don’t forget that, although the Evoque is quite well-equipped as standard, the options list is long and frequently expensive, so it’s not hard to start adding five-figure sums just on the extras.