A practical and roomy mid-sized SUV, that's a rewarding drive.

The X3 is BMW’s mid-sized SUV, which makes it a rival to cars such as the Audi Q5 and the Mercedes-Benz GLC. The current model, known as the 'F25'  in BMW’s internal designation, was introduced in 2010 and got a major facelift in 2014. Being sandwiched between the larger, higher-status X5 and the smaller, more affordable X1 has left the X3 with something of a diminished image these days, but it’s still a rewarding car to drive as well as practical, roomy and well made. All the current versions have four-wheel drive.

Did you know? All X3s are built at BMW’s Spartanburg factory in South Carolina, and more than two million have been made so far.

BMW’s middle-ground SUV is still a decent choice, even as its replacement is waiting in the wings. It’s a far superior car to its unloved predecessor, and remains engaging to drive, practical enough for family use and surprisingly competent when the going gets tough. 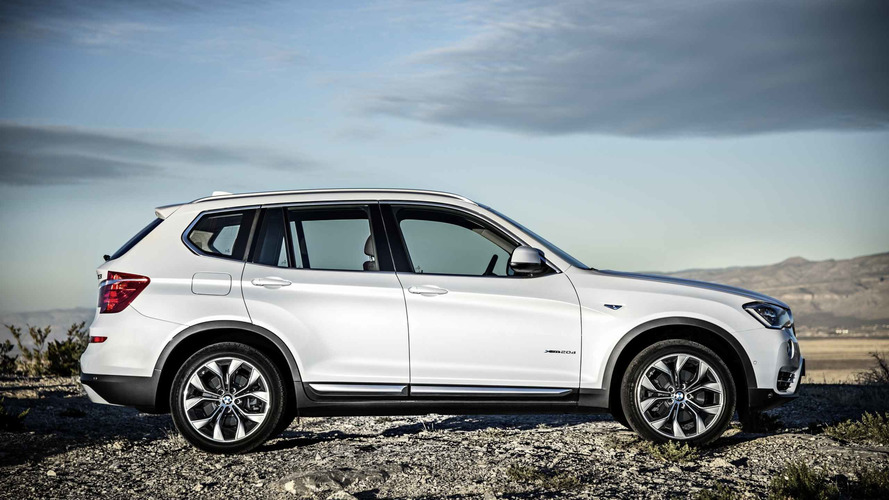 BMW’s close-to-unimpeachable brand allure lifts the X3 up here, because, if we’re being honest, it’s neither the best-looking car in the world nor the most exciting. As with pretty much any BMW product, it benefits from the more muscular M Sport body kit and a dark metallic colour. Lighter-hued cars with the standard body look just a touch weedy. Bigger alloy wheels help too, although they will have a negative impact on ride quality.

The X3 is caught in a trap at the moment. Both the smaller X1 and larger X5 are much younger, and they both show the X3 up for its slightly ageing design and lack of more modern tech options. 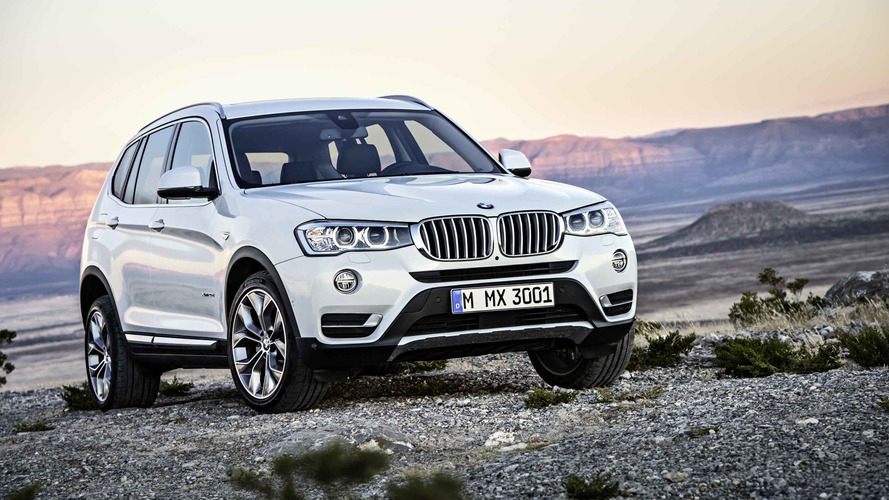 Quality is not an issue in the X3, but styling is. The X3 is roughly the same size as a 5 Series Touring, inside and out, but most of the dashboard and the fixtures and fittings are lifted from the 3 Series. There’s nothing really wrong with that in itself, but at the X3’s price point it does mean that you’re getting a cabin that can feel a little low-rent. This can be fixed, to an extent, by a deep raid of the options list, but of course that means just pushing the price tag ever higher.

On the upside, comfort is excellent and there are some tasty options such as luxurious sports seats and a wider infotainment screen that both help to lift the cabin ambience. 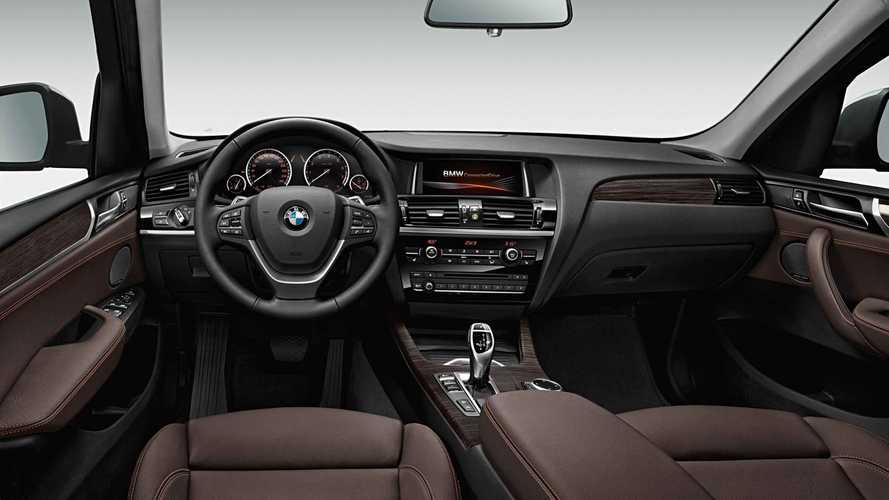 It’s very practical. As noted, cabin and boot space are roughly analogous to those of a BMW 5 Series Touring, so you’ve got back seats with plenty of legroom and headroom, and the rear seats split-fold 40:20:40 so you can juggle the available space around to best suit your needs. The boot has 550 litres of space with the back seats in place, or as much as 1600 litres when they’re folded flat. Relatively speaking, those aren’t especially big numbers (a humble Skoda Octavia can offer more space). But by the standards of the premium SUV class they’re just fine, and adequate even for families with bigger kids.

For those with younger kids, there are ISOFIX points in the two outer rear seats (the central rear seat is realistically too narrow for all but the slimmest-hipped passengers) and a switchable front passenger airbag.

While the most basic X3s still come with a mere 6.5-inch iDrive system screen, there is the option to upgrade to a much better 8.8-inch screen, which really looks good and makes the cabin appear much more expensive.

As with all BMW models you can now hook the X3 up to the company’s Connected Drive services, which include real-time traffic information and the option to manage your car’s maintenance and other parameters through a smartphone app. There are USB, Bluetooth and aux-in connections, wireless charging pads, and a head-up display in full colour.

Audiophiles should upgrade to the excellent optional Harmon-Kardon 600W digital sound system, and there is also the option of a full 360-degree surround camera system which makes parking a lot easier. There’s also a parking assistant, which scans for an appropriately-sized space and then takes over the steering while you work the brakes and accelerator.

As with all BMWs, the X3 comes with the Drive Performance Control switch that allows you to choose between Comfort, Sport and fuel-saving EcoPro modes. 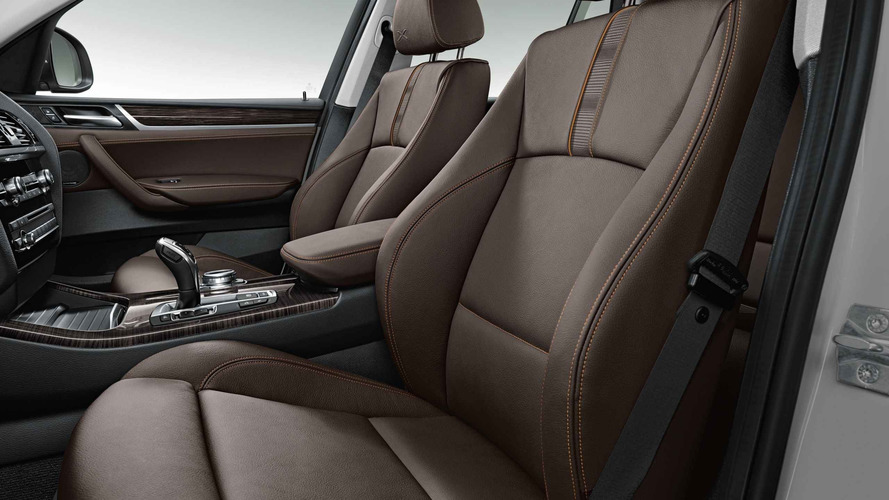 While the first generation X3 was a disappointment in both driving and styling terms, this second generation model has been much better received. Thanks to sharing components with both the 3 Series and the 5 Series, the X3 can provide both entertaining handling for a keen driver and suitable comfort for a family-friendly machine. It can’t always do both at the same time, however…

On a basic level, the X3 is very good to drive. The steering is well-weighted and accurate, responses are quick, rolling and pitching under cornering or braking are as well-controlled as you would expect from BMW. As far as mid-size SUVs go, this is definitely one of the better ones to drive.

Ride quality is generally not bad either, especially considering that all X3s come with run-flat tyres as standard. The only problem comes when you start ‘upgrading’ the car in the suspension or wheel departments. Go for the popular M Sport pack and you’ll get 19-inch alloy wheels (which are very handsome) and M Sport sports suspension (which sounds great), but that combination just ruins the ride quality. If you spend any time in town on a regular basis, then go for a standard SE model on standard wheels or your spine will be horribly assaulted.

Engine-wise, you have two choices – the '20d' 2.0-litre four-cylinder diesel with 190hp or the 3.0-litre straight-six diesel with either 258hp in standard form, or a mighty 313hp in twin-turbo 35d form. Obviously, the 3.0-litre engine is smoother, quieter and utterly lovely to drive, and the 35d is impressively fleet of foot (does anyone need an SUV that can do a 5.3-second 0-62mph run?), but to be honest, the frugal, low-emissions 2.0-litre engine is probably enough for most.

Buyers can have the 2.0-litre with a six-speed manual gearbox, but it’s much better experienced with the optional (and more efficient) eight-speed automatic. 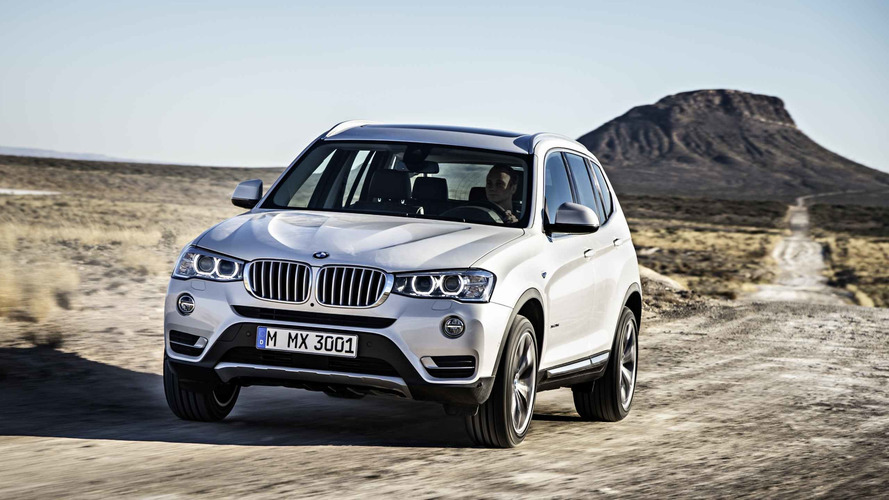 The X3 was tested by EuroNCAP in 2011. It scored a full five-star rating, which included an 88 per cent adult occupant protection score, 83 per cent for child occupant, 53 per cent for pedestrian protection, and 71 per cent for safety assist.

Six airbags come as standard and all UK models have xDrive four-wheel drive (rear-drive 18d sDrive models used to be available, but have disappeared from BMW’s price list). On the tech front, electronic safety includes traction and stability control, a braking system which can compensate for brake fade and a cornering brake control system that keeps the car steering in the direction you intended in the event of a loss of grip. The connected services system also automatically calls for the emergency services if it detects that the airbags have been deployed, while there are active front headrests to minimise the effects of whiplash.

Autonomous emergency braking is not yet available for the X3. 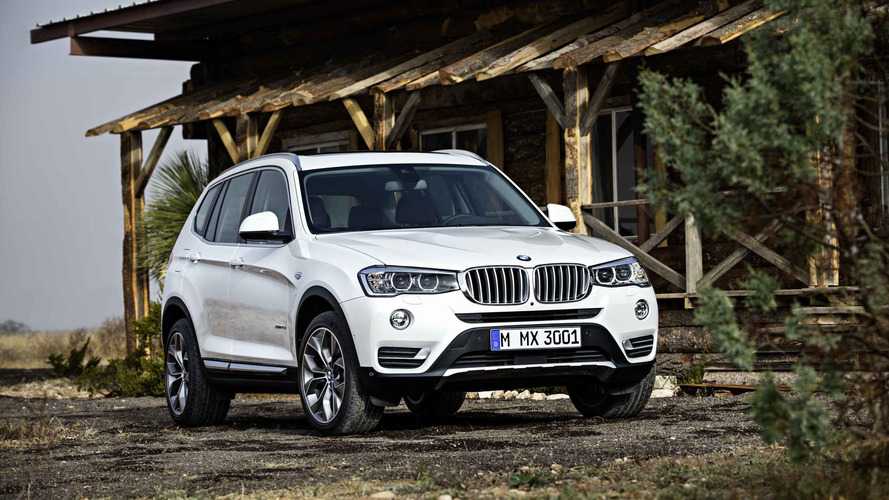 The X3 is available in three trim levels – SE, xLine and M Sport – but all have myriad available optional extras and packs in the grand tradition of German car makers. 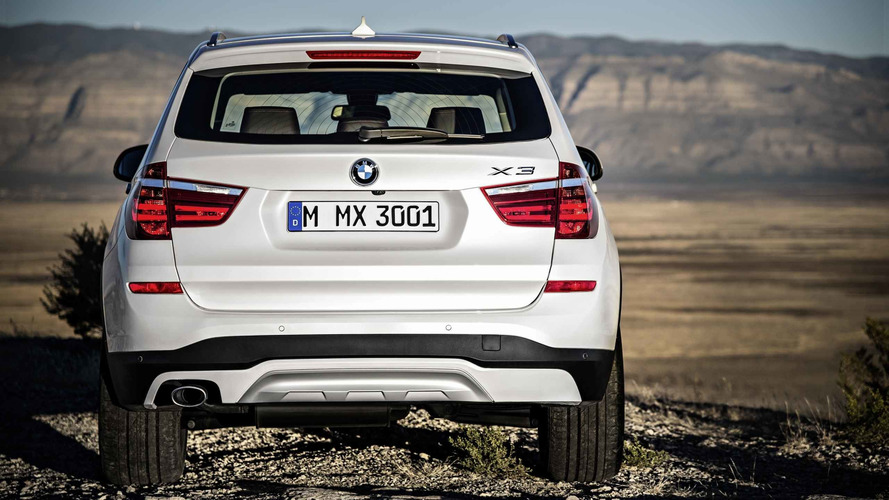 Specs
It’s very, very tempting to go for an M Sport model with its tougher looks, but the effect on the ride quality of that sports suspension is just too much for us to bear. With that in mind, we’d go for an SE (the extra money charged for an xLine isn’t really worth it) and a dip into the options list for the upgraded 8.8-inch iDrive screen, sports seats, and the automatic transmission. Stick to a simple silver, black or grey paint job to maximise value at resale time.

You’ll need a big garage if you’re going to tuck the X3 away at night. It’s not overly massive, but it’s actually around the same size as an original 1999 BMW X5. That bulk is ameliorated by the optional surround-view camera and automated parking system, which make it much more manageable in tight spaces. 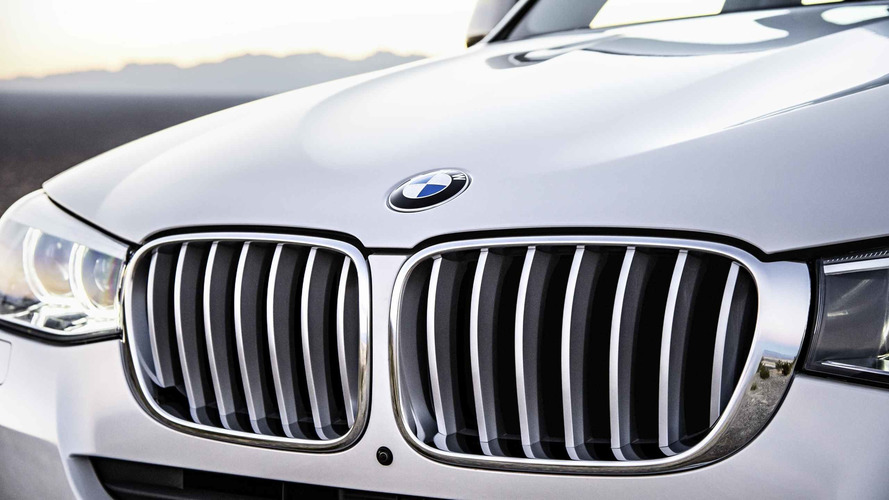 If you go for the high-powered 309bhp 35d 3.0-litre engine with its twin turbochargers, you will end up paying a price. Its official 157g/km and 47mpg are good results considering the muscular performance on offer, but they’re hardly in keeping with reduced running costs.

The 258hp engine is a little more fuel-efficient, its 149g/km and 49.6mpg decent figures for an engine that’s most emphatically not lacking for performance, and which has buttery-smooth refinement into the bargain.

Both are knocked into a cocked hat by the 20d 2.0-litre engine, though. At its most efficient (when fitted with the eight-speed automatic gearbox) it can return 57mpg and emits 129g/km of CO2, depending on the size of alloy wheels. Even allowing for real-world conditions, you should see better than 45mpg in day-to-day driving. That’s impressive for something this size with four-wheel drive.

Reliability and servicing
The X3 has been recalled four times, for faulty ISOFIX points, malfunctioning airbags and engine management issues. The 'N47' 2.0-litre diesel engine has also suffered from some much-publicised issues with timing chains, which can cause catastrophic engine failure. That issue was said to have been fixed for all post-2007 production, but there have been isolated incidents of it occurring on more recent models. 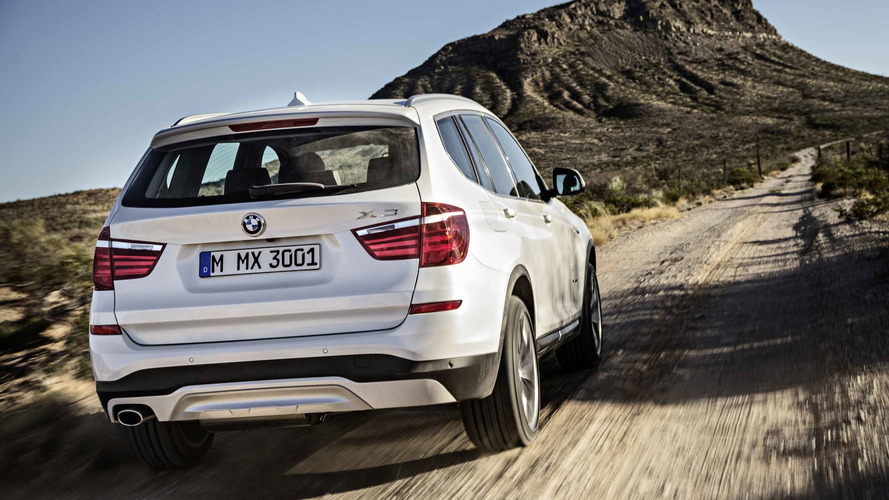