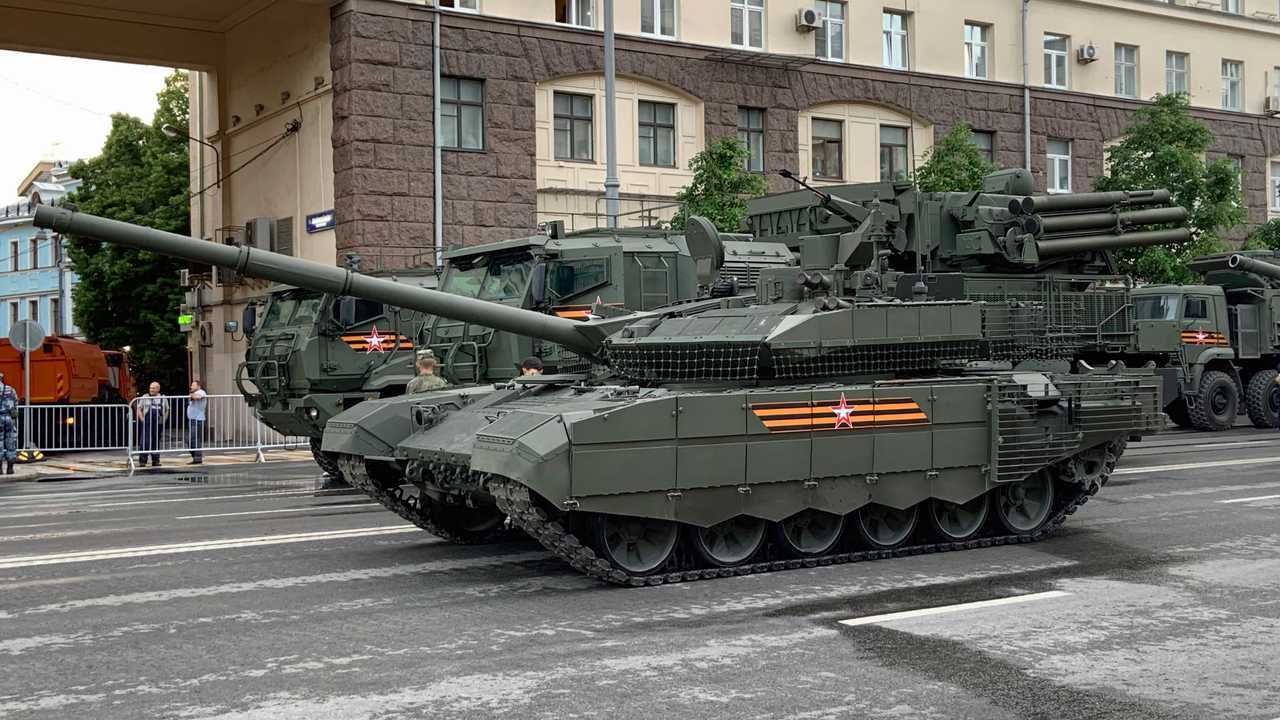 It's time for tanks! In 2020, the Russian troops began supplying a new version of the T-90 main battle tank with a fundamentally different turret, easily recognisable due to the aft niche used to deploy ammunition for the upgraded 125-mm gun launcher. In addition, the Breakthrough version is equipped with a diesel engine generating 1,130 bhp, an automatic transmission, a progressive digital aiming and fire control system, improved combined protection with anti-cumulative gratings, and Relic modules.

In the background is the updated Pantsir-SM anti-aircraft missile and cannon system on the K-53958 Tornado eight-wheel chassis. It's powered by a 600-bhp diesel engine; it rides on independent hydropneumatic suspension and it boasts an armoured cabin with mine protection. A fundamental innovation is the appearance of small missiles in the armament to repel attacks by drones.