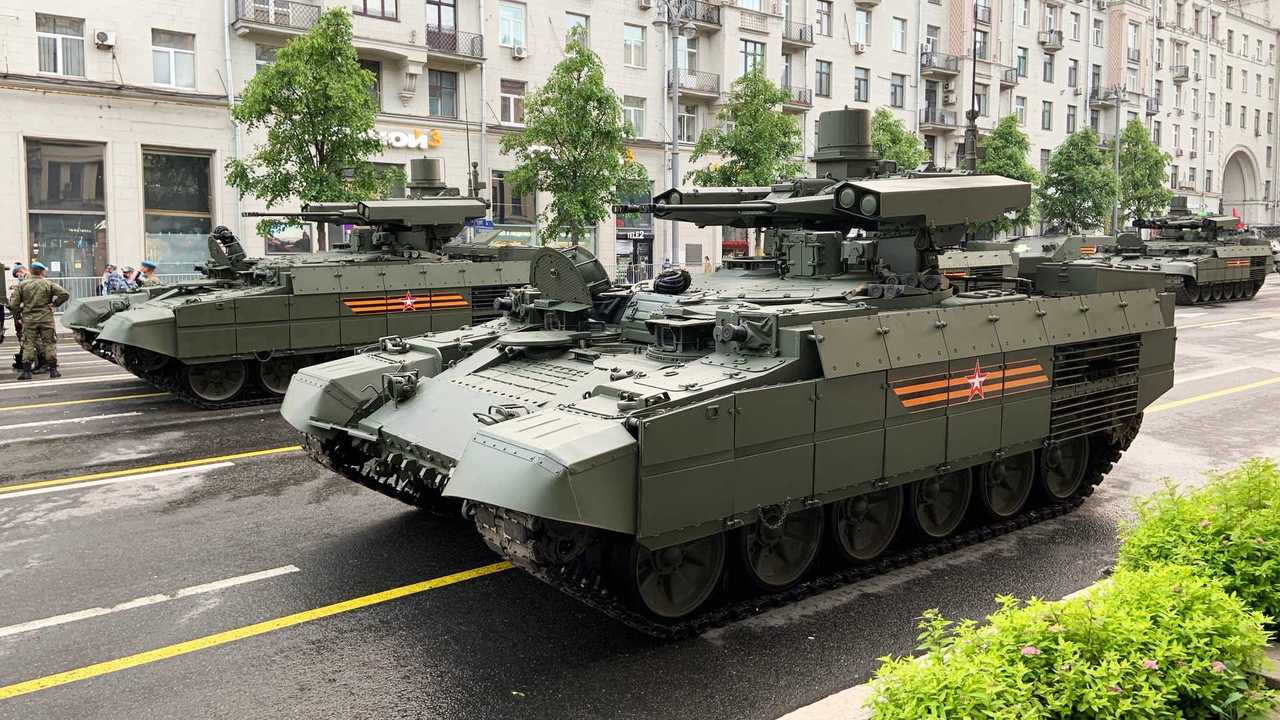 Here is the BMPT, a tank support combat vehicle, designed to protect vehicles and soldiers from grenade launchers, artillery, and other threats up to and including enemy armoured vehicles. The developers claim that “Terminator” replaces up to four motorised rifle platoons and up to four armoured personnel carriers.

The BMPT's remote-controlled weapons system includes a pair of 30mm automatic guns, guided missiles, grenade launchers, and a 7.62mm machine gun. At the same time, the “Terminator" has the protection and mobility of a main battle tank, since it is, in fact, built on its basis.