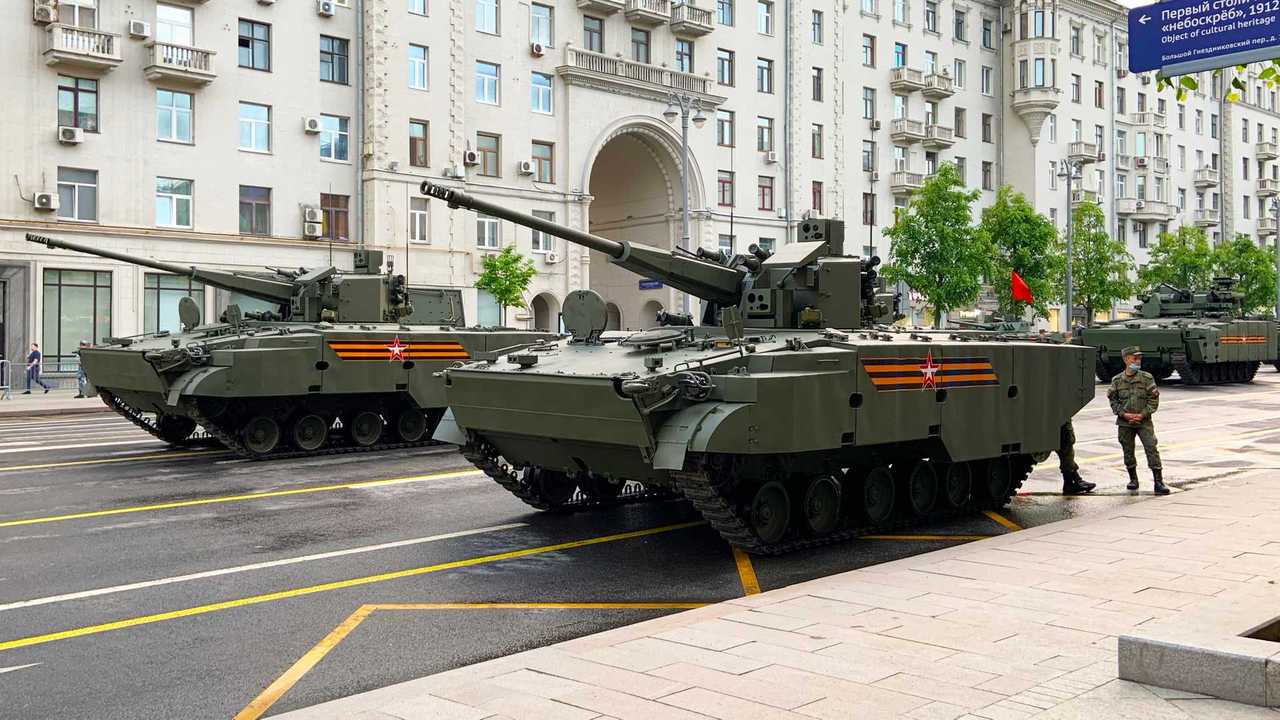 With a rate of 120 rounds per minute, the 2S38 anti-aircraft artillery system based on the BMP-3 is capable of shooting down even single rockets of multiple launch rocket systems. At the same time, a sufficiently large calibre of its own cannon allows the “Derivation-Air Defense”, if necessary, to fight with ground-based armoured vehicles. Similar to the T-15's design, an unmanned 57-mm gun sits in a tower and is self-propelled.