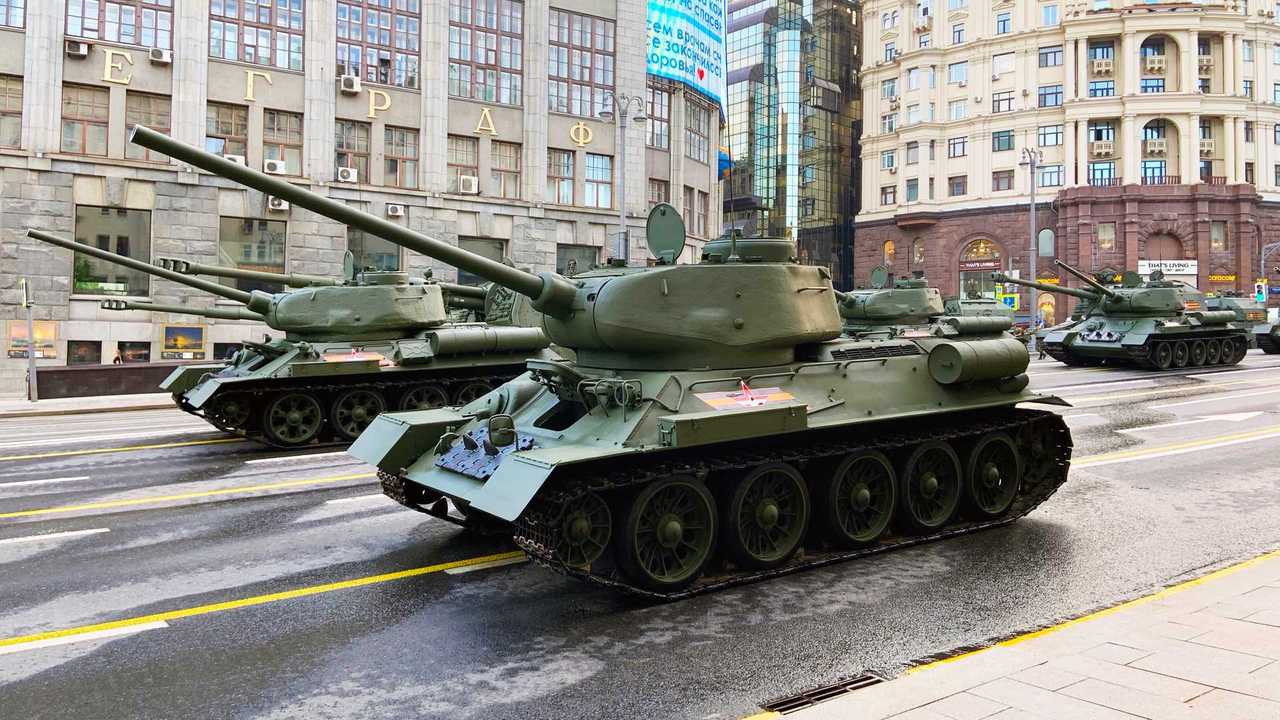 A parade on the 75th anniversary of the Victory would be inconceivable without the main symbol Soviet tank force in World War II. Of course, it's the legendary “thirty-four."

A year ago, three dozen of these rare tanks were transferred to Laos, after which they were repaired and now a whole T-34-85 battalion will parade along Red Square. Some of the tanks were built after the war, but the scale and history is still impressive.