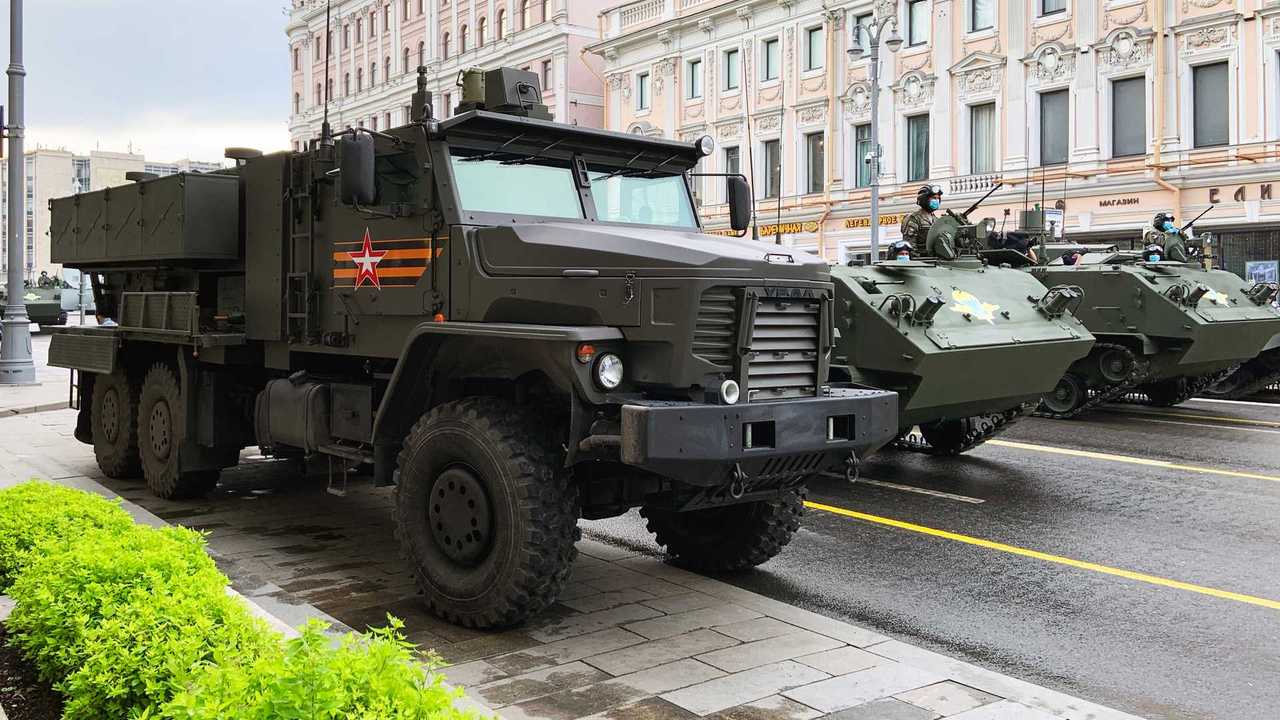 This new-generation heavy flamethrower system was transferred to the Ural wheeled all-wheel drive chassis to increase mobility. The former TOSs - Pinocchio and Solntsepek - were based on tank units. It is reported that "Tosochka" can recharge itself using the built-in manipulator, as well as adjust fire according to the signals of drones and satellite navigation.

In the background are the BTR-MDM shell landing vehicles capable of carrying up to 13 soldiers, in addition to two crew members. Such tracked vehicles are already entering the Airborne forces.