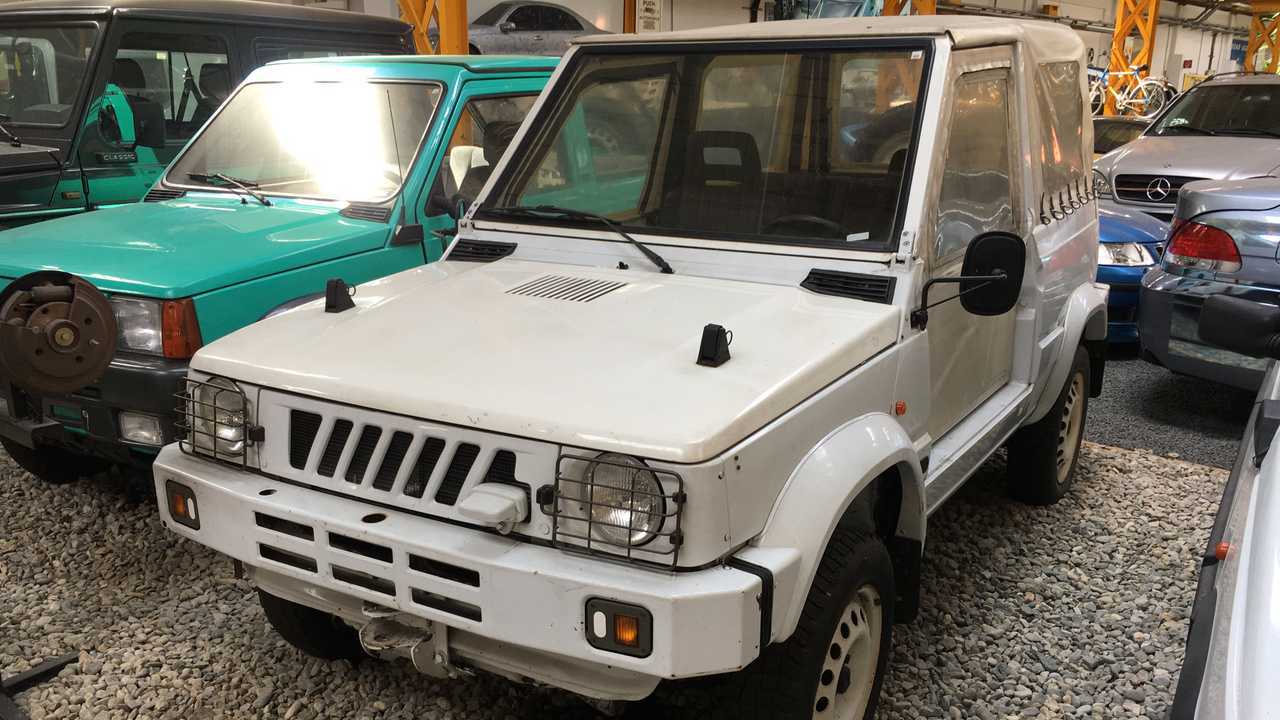 Fiat had tasked Puch with building a four-wheel-drive version of its cheeky little Panda city car beginning in the early 1980s. The little car’s powertrain was designed and assembled in Austria before being exported to Italy for installation into the Giugiaro-penned Panda runabout. With an ultra-low first gear that served as a de facto low range, the pint-size runabout gained a deservedly plucky reputation.

Puch thought the Panda had more to offer than just an impressive ability to scamper up a montagna, though, so the wacky Austrians conjured up one of the weirdest off-roader concepts ever by chopping the top off, deleting the doors, and painting the whole thing white. The Puch 4x4 Prototype was a Suzuki Samurai from Italy, by way of Austria, and we should all be glad it didn’t catch on.