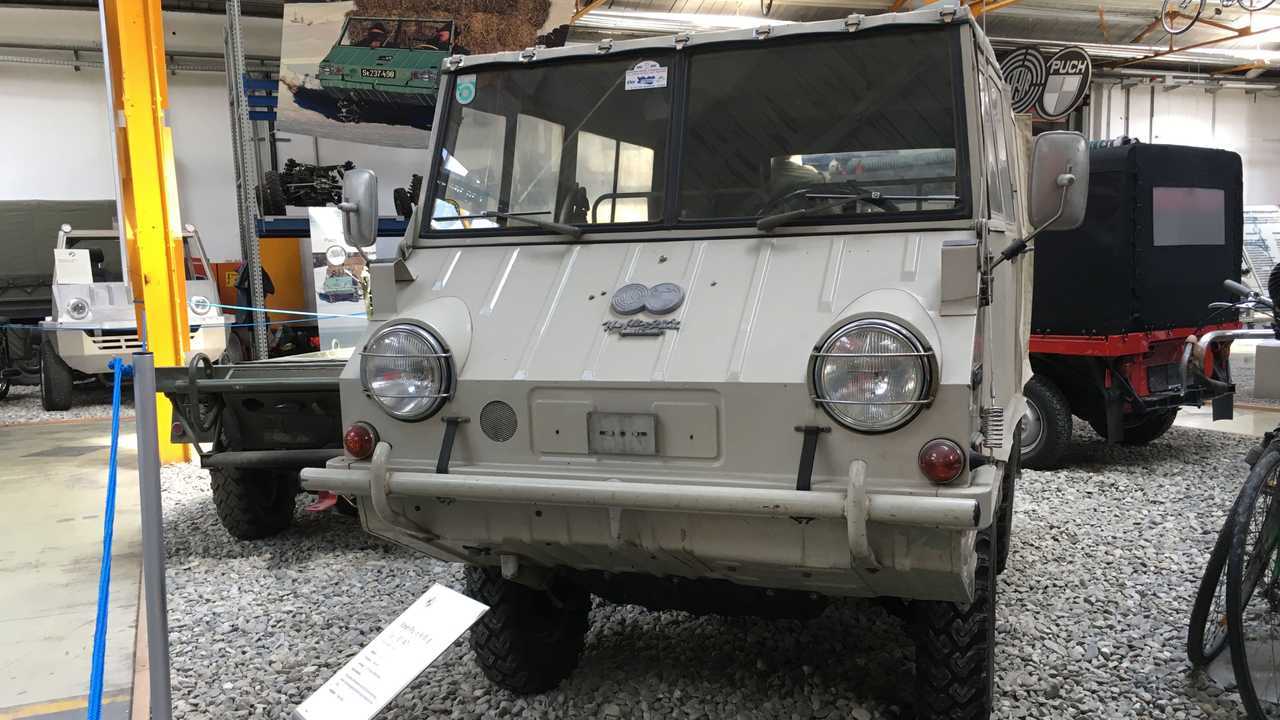 Named after the hardy Tyrolean horses that once ploughed the area around Graz, the Haflinger is a stout, compact workhorse of a truck that can trace its roots to the original American-designed military Jeeps. The Austrian Army was allowed use of older American Jeeps after World War II, and the area around Graz was just a stone’s throw from the other side of the iron curtain.

The Haflinger was a relatively light-duty truck, though it could be loaded up with about 500 kilograms of cargo. With its standard four-wheel drive, high-riding portal axles, and generous approach, departure, and breakover angles, the truck was deployed in both military and agricultural duties. The larger Pinzgauer was an evolution of the original Haflinger design.