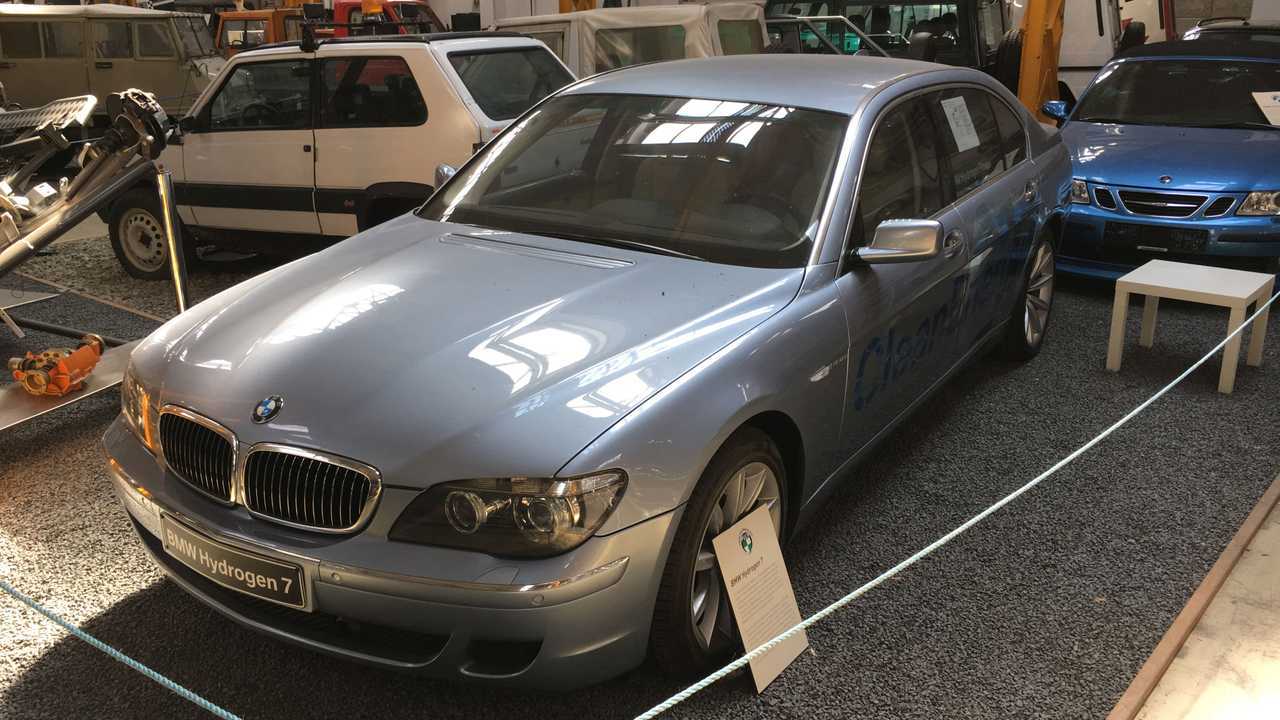 About 15 years ago, BMW was eager to get into the hydrogen car arena. Its choice of a development mule was a curious one. Instead of following Honda with a dedicated platform or Hyundai with a version of an existing crossover SUV with plenty of space for hydrogen tanks, BMW chose to adapt its flagship V12-powered 7 Series to run on either premium unleaded or hydrogen.

It wasn’t a bad idea in concept, but the atrocious fuel economy—contemporary reviews estimated around five mpg equivalent running on hydrogen—was a head-scratcher. BMW gifted Magna-Steyr was one of the approximately 100 prototypes built because it designed the 170-litre hydrogen tanks, which were visible through the curiously missing boot lid of this example.