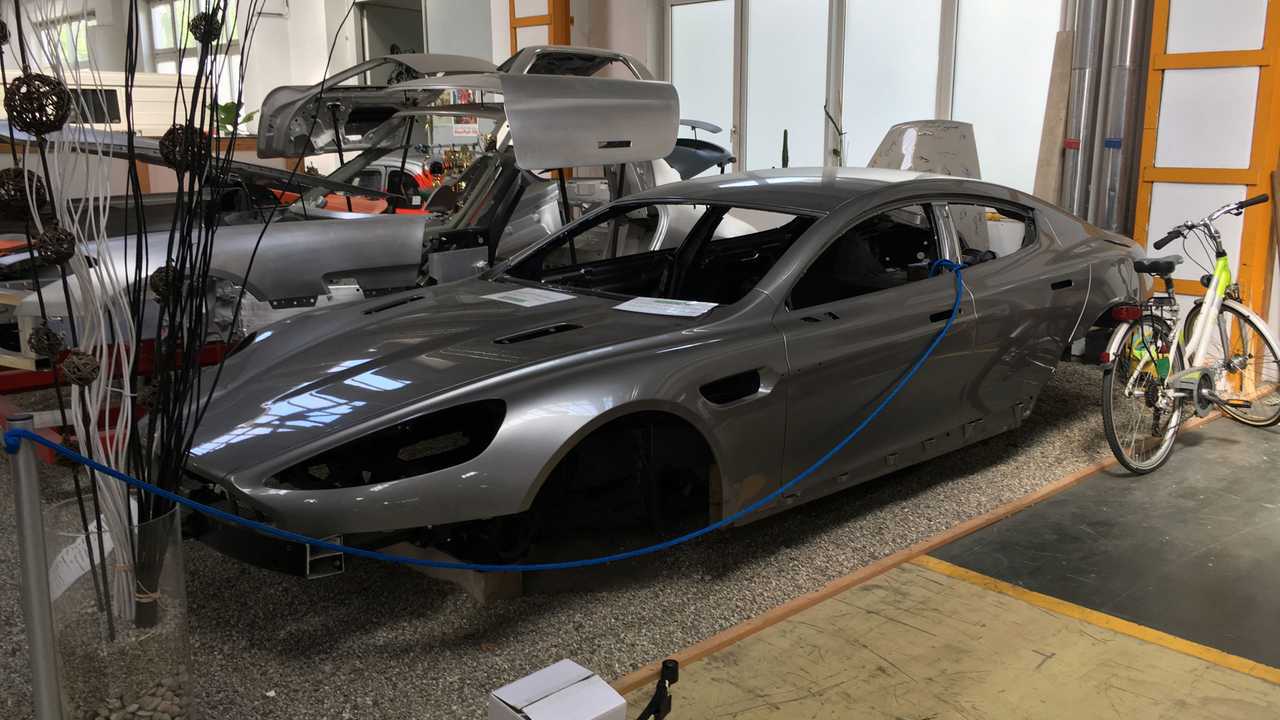 Early production of the Rapide – Aston Martin’s shapely return to the saloon bodystyle – commenced in Graz in a special Magna Steyr assembly plant as the automaker’s home assembly plant in Great Britain was deemed too small for what was intended to be a volume model. The Rapide’s introduction coincided with the depths of the Great Recession, and sales never met the 2,000-car annual production goal. Assembly was transferred back to Gaydon in the United Kingdom just two years after it began in Graz.

The museum has a single body-in-white on display, parked unceremoniously near the entrance and, during the time of our visit, its unfinished cargo area held a cardboard box with cleaning supplies. This seemed appropriate.