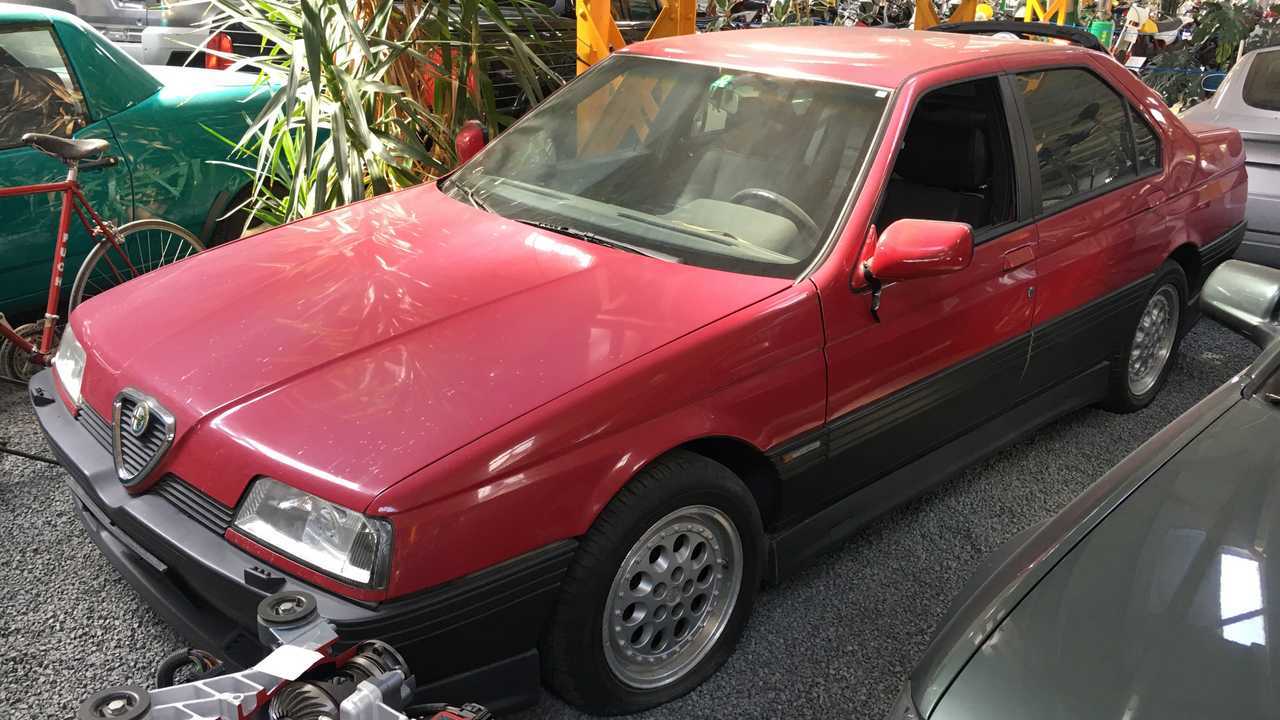 Steyr-Puch was commissioned for a new all-wheel-drive system called Viscomatic used in the Alfa Romeo 164 Q4 saloon. The system started with the front-wheel-drive 164 and swapped in a Torsen rear differential, a central viscous coupling unit, and a trick centre differential. When paired with the Busso 24-valve 3.0-litre V6 and a special Getrag six-speed manual transmission, it must have made for quite the Italian sports saloon.

Only a handful were made, including the rapidly-fading Alfa Red example parked in the museum. The 164’s basic bones dated back to the better part of a decade by the time the Viscomatic system debuted.