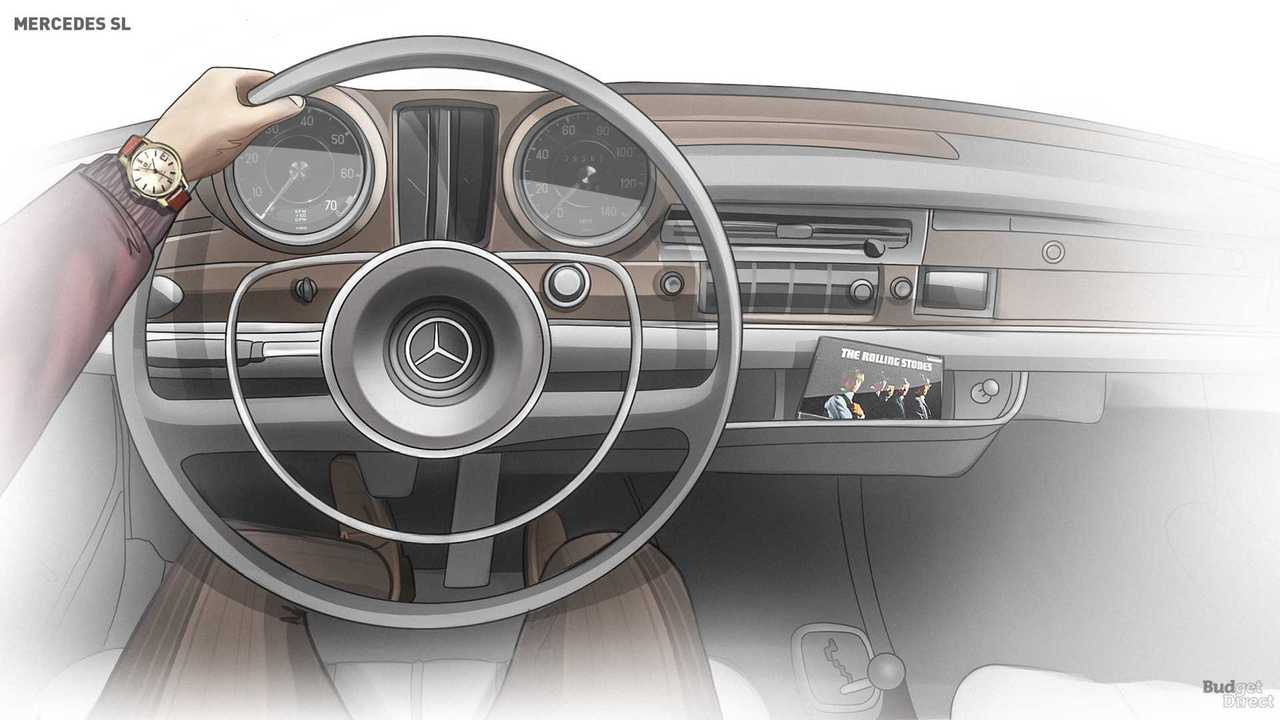 The second-generation w113 series SL debuted in 1963 and quickly earned the nickname 'Pagoda SL' thanks to its uniquely shaped hardtop. The W113 series was a massive sales success and quickly built on the reputation created by the original SL. Rock and Roll was hitting its stride and loafers were all the rage.