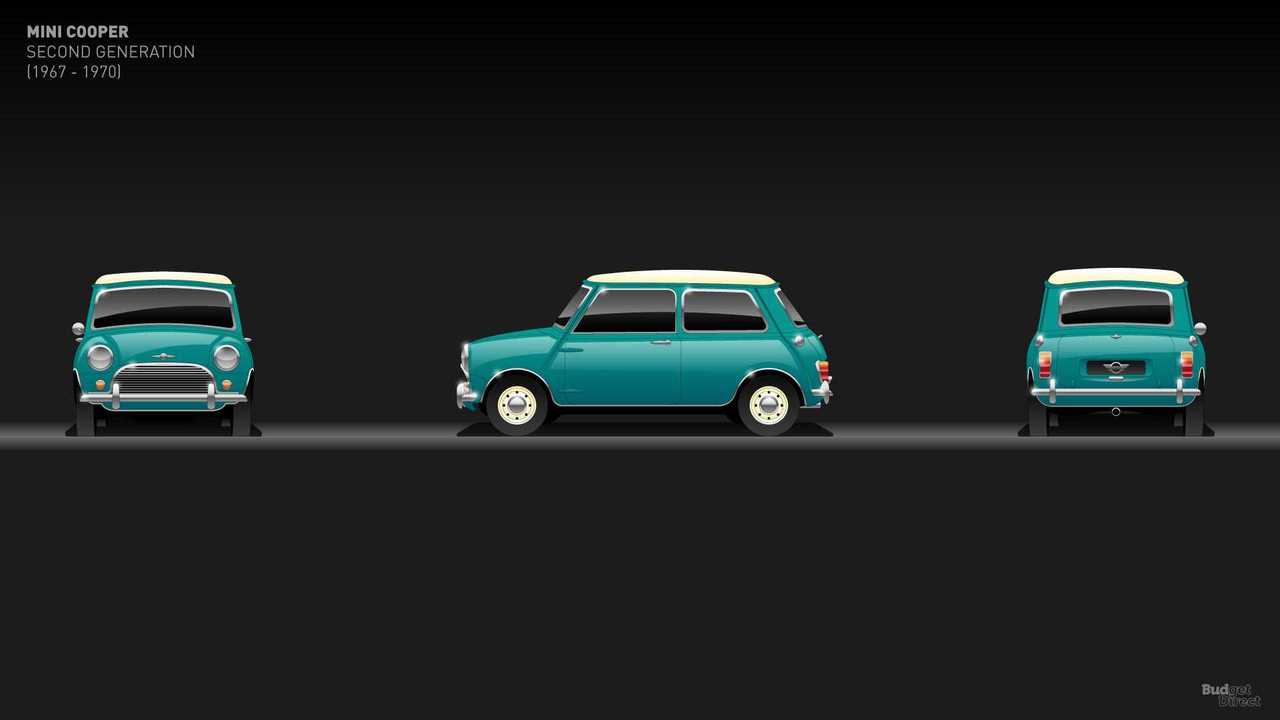 The first-gen Mini was a huge success for BMC, which sold the car under the Austin and Morris brands, and the Mk II car arrived in 1967, boasting a few updates.

On the outside, the Mk II Mini still looked much like its predecessor, but subtle differences could be spotted if you knew where to look. The designers changed the grille's shape and added new trim along the top of it. The rear window was also larger, and the taillights had a more angular shape, rather than the original ovals.

The 848cc engine was still the entry-level version, but a 998cc powerplant was now available, too. The Cooper also featured a 998cc engine, and the Cooper S displaced 1.275 litres.

In addition to the iconic two-door body, buyers could also get the Mini as a station wagon, van, and pickup. There was even a tiny off-roader called the Moke. There were also two-door saloon variants called the Riley Elf and Wolseley Hornet.