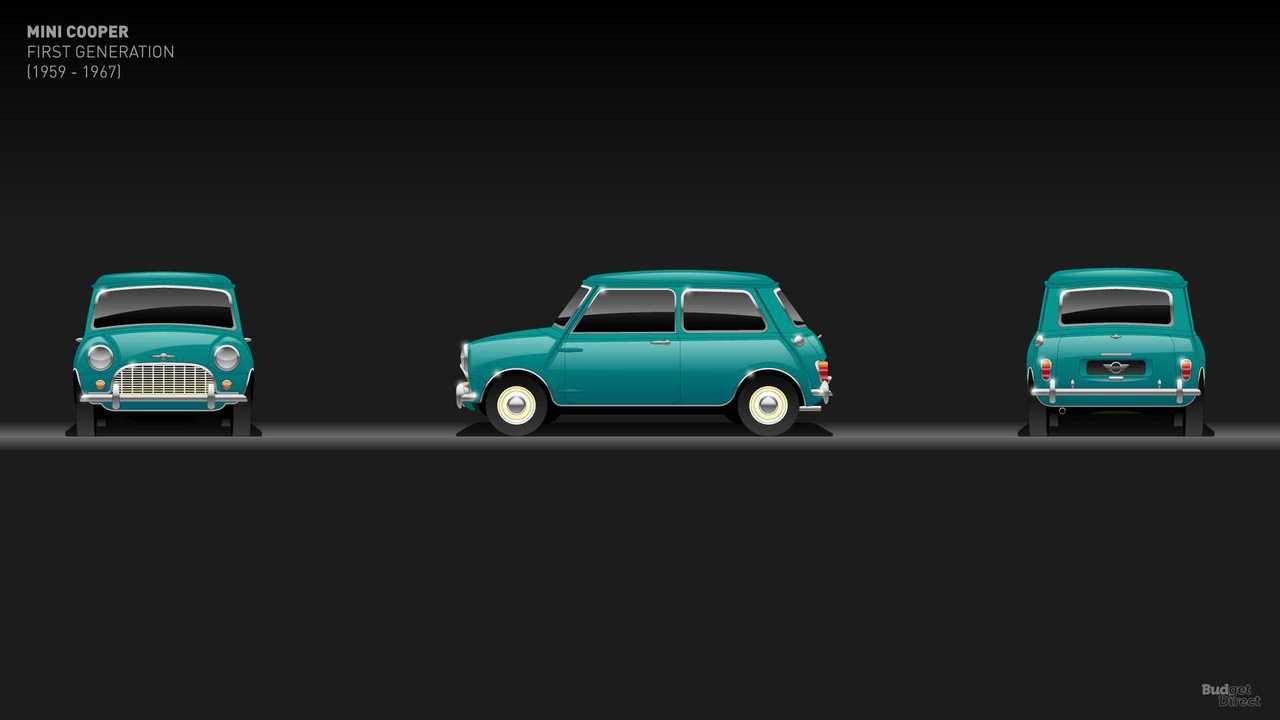 The Suez Crisis in 1956 forced Britain to institute fuel rationing. Small cars immediately became a big business there, and the British Motor Corporation (BMC) responded by fast-tracking development of a tinier model. The Mini was born.

To keep the Mini small, BMC's Alec Issigonis turned the engine 90 degrees and fitted it transversely in the engine bay. Front-wheel drive also eliminated the need to run a driveshaft to the rear and allowed for more cabin space. While not the first vehicle to use this layout, the Mini's success popularized the setup, and it became the popular method for engineering front-wheel drive vehicles.

At launch in 1959, the Mini was only available with an 848cc four-cylinder engine, but Formula One constructor John Cooper thought the vehicle could work on the track. He convinced BMC to homologate a version with a 997cc engine in 1961, creating the Mini Cooper. The Cooper S, which came with a 1.071-litre powerplant, arrived in 1963.