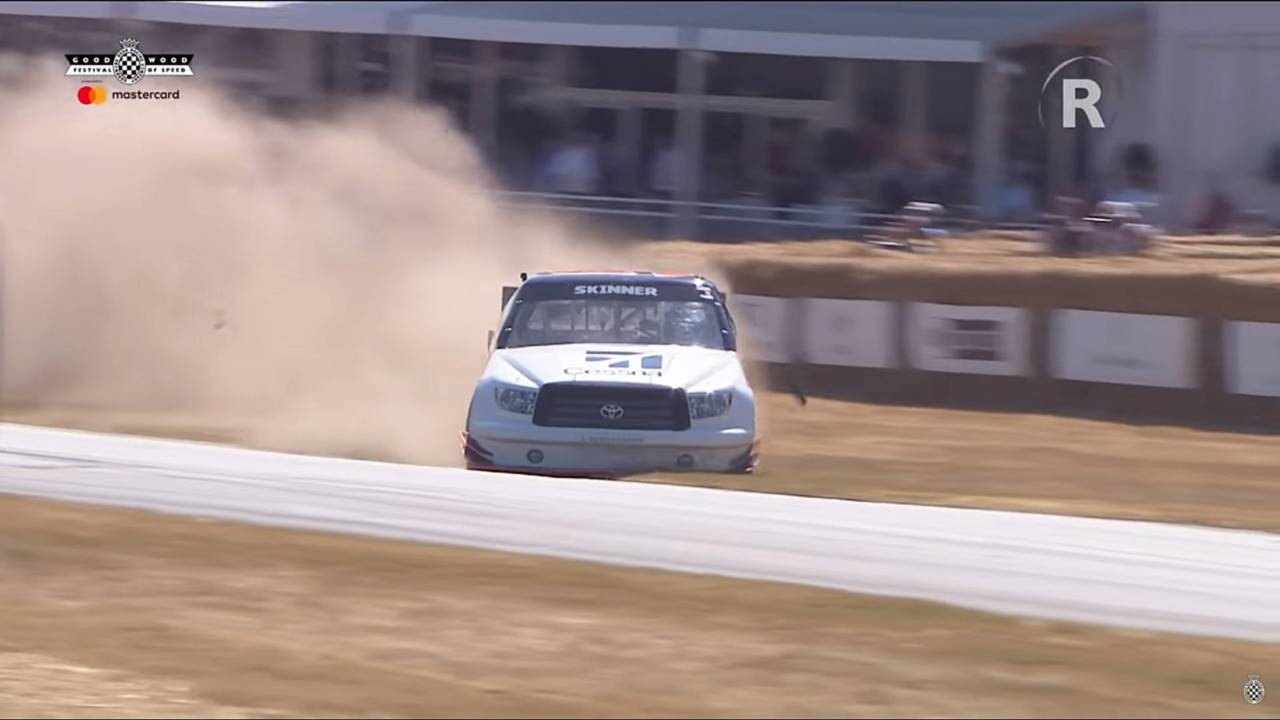 Here’s the second NASCAR Toyota incident on this list, though unlike the first this one doesn’t stop the action. In fact, driver and NASCAR veteran Mike Skinner doesn’t even slow that much despite going off the track early in the run. It appears the former Grand Tour racing driver went a bit too hot into the right-hander and got off-camber with the corner. He gets quite sideways in the process, but he drives through it like a boss without any damage done.