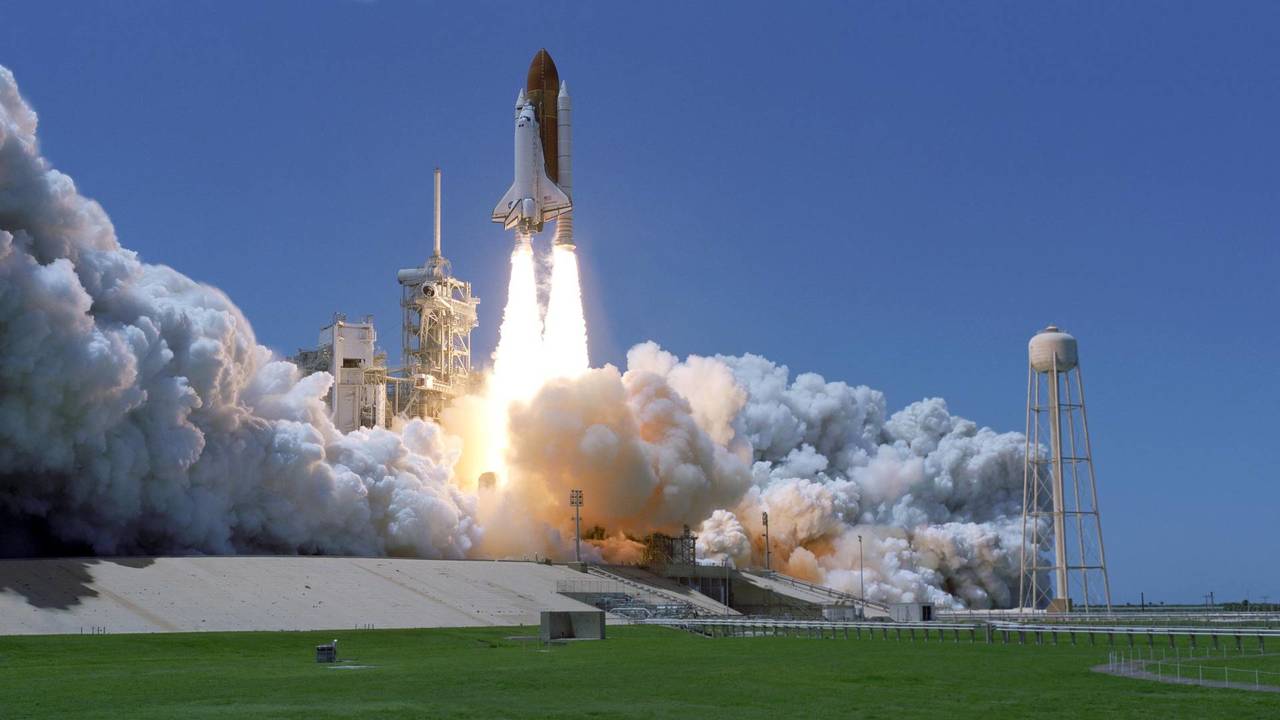 Wait, did someone say rocket ships? Surprisingly slow, it turns out.

The space shuttle takes a long while to get going – most of its weight comes from the bulky fuel that's required to get it into space. As the shuttle jettisons its engines and fuel tanks, it gets lighter and goes even faster until it reaches the 17,500mph necessary to get into space.

It's really quite the opposite of the Rallycross Supercars – lots of grunt aimed at top speed rather than outright acceleration.