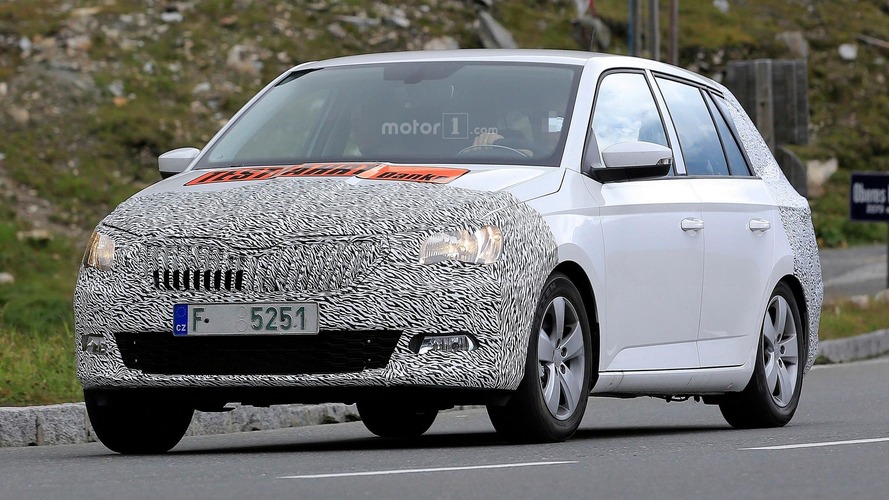 Will get a Superb-like front fascia and more tech.

The third-generation Fabia was introduced almost two years ago, but it seems Skoda is already out and about preparing a refresh for the B-segment model. Our spies have spotted a prototype of the more practical Combi version undergoing testing in the Austrian Alps while carrying some disguise on the front and rear fascias.

The most significant changes will occur at the front where the Fabia in both body styles is set to receive a Superb-like design with sharper headlights and a more prominent grille. The front bumper will also receive a nip and tuck and is going to host reshaped fog lights.

Judging by the front-mounted radar in the bumper, the prototype was equipped with the optional Front Assist safety system which automatically alerts the driver in the event of a possible collision. If the person behind the wheel decides to ignore the warnings shown on the Maxi DOT display, the system will automatically apply the brakes in case of an upcoming collision with another car that cannot be avoided, thus reducing the chances of more serious injuries.

What’s really interesting about the prototype is the camera mounted on the front-right fender which could be a sign of more safety-related tech set to arrive with the mid-cycle refresh, such as optional Lane Assist and/or Adaptive Cruise Control taken from the Octavia and Superb.

There’s not much going on at the back since the taillights belong to the current model, while the bumper design remains hidden underneath the swirly camouflage. There will probably be a few minor changes at the rear, but we are not expecting anything of great significance.

In terms of engine updates, the Fabia will likely lose the four-cylinder 1.2 TSI to make room for the three-cylinder 1.0 TSI unit, as seen in the 2017MY Octavia. Don’t hold your breath for a range-topping vRS version because Skoda has said several times it’s not going to happen, mainly because there wouldn’t be a market big enough to justify the model’s existence.

It’s unclear at this point when the Czechs are going to introduce the updated Fabia, although it will probably happen after the Octavia facelift due to be unveiled either at the end of the year or early 2017.

Meanwhile, Skoda is gearing up to introduce the Kodiaq seven-seat SUV tomorrow at a special event organized in Berlin. 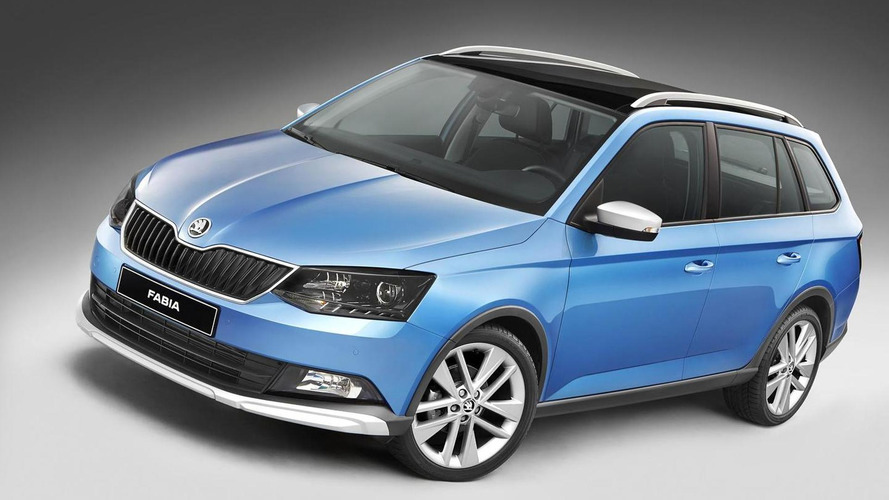