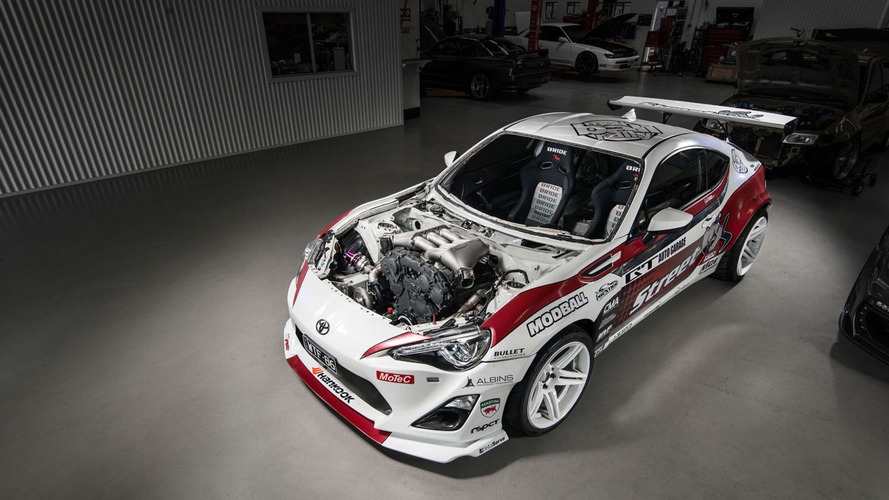 The beastly build should be a menace on the track and on the street.

UPDATE: One of this amazing vehicle's builders contacted Motor1 and asked us to note that the project was a joint venture between Street FX and GT Auto Garage. The latter firm handled the mechanical work that got this high-horsepower coupe on the road.

The tuners at Australia’s StreetFX have a new build that erases any complaints about the Toyota GT86 lacking power. The company dumps the stock 2.0-liter boxer engine in favor of a highly upgraded mill from the Nissan GT-R, and the goal is to produce over 1,000 horsepower at the rear wheels when the work is complete. The resulting beast should still even be street legal.

StreetFX bought a new 2012 GT86 and modified the coupe for years. The stock engine just couldn’t reliably take massive amounts of boost, though. So after tuning the unit to a claimed 545 horsepower at the rear wheels, it was time to try something different. Not only did the company source the GT-R’s 3.8-liter biturbo for this build, but the firm also installed HKS’ 4.1-liter stroker upgrade and GT1000 Symmetrical Turbine kit.

The engine looks fantastic in the bay in the gallery below. The perfect fitment required a lot of work, though. Toyota designed the GT86 with a downward sloping hood because of the flat four’s low-slung design. The GT-R’s V6 was three times taller than the stock unit, so Street FX had to be creative. Switching to a dry sump and rear-wheel drive setup allowed them to trim 6 inches off the Nissan mill, which was enough to make it fit.

The stock gearbox couldn’t handle roughly five times the output from the factory, so Street FX fit a six-speed sequential box from the same supplier as many V8 Supercars in Australia. A custom paddle shift arrangement makes it easier to control, too.

Street FX plans to use its immensely powerful GT86 for a mix of street and track driving. A custom air conditioning setup even keeps drivers cool. We hope this car eventually meets up on a circuit with the Ferrari-powered GT86 from Ryan Tuerck and Gumout. Not only would we love to see the race, but the noise would also be amazing.