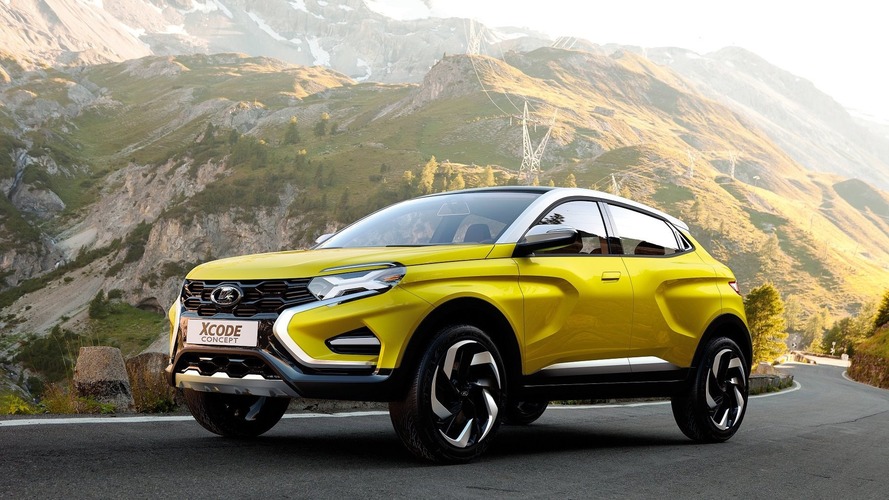 No production plans yet, but it looks plausible.

Russian automaker Lada has grabbed the limelight at the Moscow Motor Show a with compact SUV concept, the XCODE.

It previews an upcoming production model, sharing design and mechanical DNA with the Vesta sedan and XRAY crossover. While the concept is broadly the same shape as the XRAY, it features more aggressive, SUV-like styling.

A production version would likely be better-specified and more expensive than the XRAY, too. According to Lada, the XCODE “contains a range of perspective solutions including possible application of turbo engine and all-wheel-drive transmission.”

It’s thought the XCODE is based on the same Renault-Nissan B0 platform that underpins the Vesta and XRAY - Lada is owned by the Renault-Nissan Alliance. B0 is used across most of the group’s small car range, including the Nissan Juke, though both Lada applications are among the largest it’s used for. The XRAY - and therefore XCODE - is sized somewhere between the Juke and Qashqai.

The XCODE’s interior hasn’t been seen, but it’s understood to feature a 10-inch (250 millimeter) touchscreen infotainment system. It’s also compatible with the new Lada Connect app, which allows the user to operate locking and heating functions, and see vital data like fuel levels and diagnostic information.