Analysis: Sport and safety brings the FIA to Africa 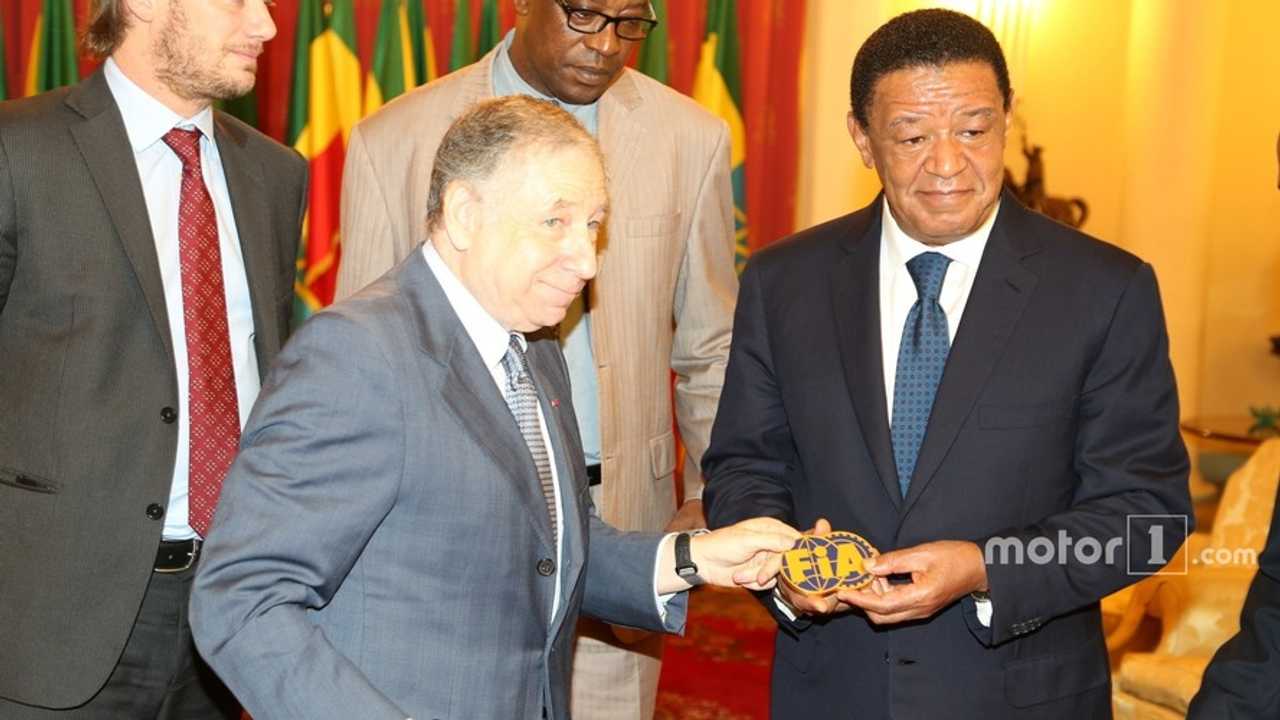 FIA President Jean Todt visited Ethiopia this week to push for road safety improvements and the development of African motorsport – starting with karting.

Acting as both FIA president and the UN Secretary-General’s Special Envoy for Road Safety, Todt’s meeting with Teshome covered both the Sport and Mobility aspects of the Federation’s work, with the two men discussing both the development of African motorsport and methods of reducing the number of road-related accidents and fatalities in Ethiopia.

Part of the problem in the east African country comes from the substantial gap between those accidents officially recorded by authorities and the estimated figures supplied by the World Health Organisation: WHO estimates register a fatality rate nine times higher than that offered in the official data.

“We want to promote safe driving on open roads, ensure the police are enforcing traffic rules, instill  values such as discipline, proper training, and good education on the road,” Todt said. “In case of accidents [there must be] a proper post-crash service. In short, all the progress made in motorsport – we want it to be made on road cars.

“We have the prescription: education, law enforcement, road infrastructures, vehicles, and post-crash care, and we’re ready to impart knowledge on them to our Ethiopian colleagues.”

Teshome was very receptive to Todt’s call to work to improve enforcement of existing road safety regulations and to introduce stricter standards for the efficacy of protective equipment for road users, from crash helmets for riders to impact systems and pedestrian protection on the cars themselves.

The Ethiopian president added his signature to the FIA’s “Save Kids’ Lives” pledge, pledging his support to the campaign.

Next on Todt’s African agenda was the first day of the FIA Sport Regional Congress, which runs until Friday.

The main goal of the 2016 Congress is the development of motorsport across the African continent, both in terms of supporting existing grassroots efforts and in a concerted push to develop karting activities, as has already been done in Paraguay.

“Karting is the gateway to motorsport,” Todt said in Paraguay earlier this month. “It guarantees a supply of new champions for the future. It is the foundation upon which our pyramid is based, leading to the highest level of the sport.”

The message was unchanged in Addis Ababa, where the former rally co-driver pointed to karts as an effective way of introducing road safety – and road responsibility – to the road users of tomorrow.

To that end, the FIA has introduced a project to spread karting around the world at a low cost, allowing National Sporting Associations (ASNs) to apply for a free “karting toolbox” containing two karts, hundreds of plastic cones, and a guide to setting up karting slalom, and the sporting rules and regulations.

The Ethiopian Motor Sports Assocation has secured a karting toolbox, and the ASN will use the kit to demonstrate that karting can be a tool for learning – in addition to being a tool for racing – while also creating an opportunity to seek out local talent with a potential for climbing the motorsport ranks.