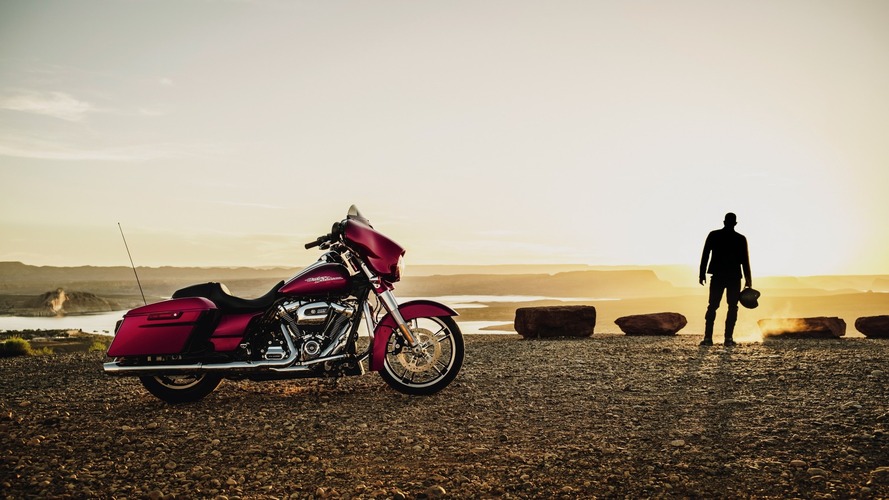 Harley-Davidson’s headliner for 2017, the Milwaukee Eight, was announced to considerable fanfare and pre-press leakage in the past few weeks. And with all the scuttlebutt and rumors about the new engine, a few other significant changes have been overlooked.

“Pre-load can now be adjusted to match the load of rider, passenger and gear without tools or an air pump,” said Paul James, Harley-Davidson Director of Motorcycle Product Planning. “Once set, the pre-load will not leak down or require further adjustment.”

Harley-Davidson Screamin’ Eagle Performance will offer a full selection of street-legal performance components for the Milwaukee-Eight engines, including Stage I, II and III kits that Harley says deliver up to a 24-percent increase in torque over the stock engine.

The CVO Street Glide adds a four-speaker, 600-watt Boom! Audio system, power locks for the saddlebags and fork controlled by a single security and locking key fob, and a re-styled seat cover.

The CVO Pro Street Breakout is powered by Twin Cam 110B air-cooled V-Twin engine. Three finish choices include the new Starfire Black/Scorched Apple combination. (Scorched Apple?! How do they come up with these paint color names? –Ed.)

In the Cruiser lineup, the Twin Cam 103 remains standard for all 2017 Softail and Dyna models except the Street Bob and the S Series, with the Twin Cam 110 engine.