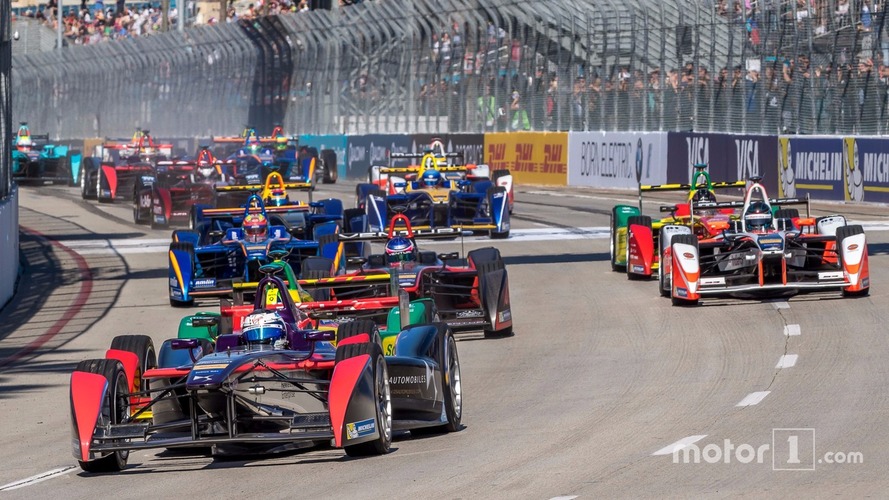 The Formula E grid could expand to 24 cars for its fifth season, according to series boss Alejandro Agag.

The all-electric championship is currently capped at 10 teams of two entries each for logistical and operational reasons.

The technical roadmap of the series is working towards one car per driver in season five (2018-19), which would make it possible for two new teams to enter the series.

“We have a contractual agreement with the teams to keep the number to ten teams as long as we are racing with two cars (per driver),” series boss Alejandro Agag told Motorsport.com.

“When we race with one car [per driver] in season five, it is up to me if we allocate two more entries to bring the number up 12 teams. At the moment we are not decided if we will allocate them or not.

“Obviously for the teams that currently have entries they would prefer for us not to allocate them, because their franchise has more value.

"But we have the capacity in our contract to make an allocation, so we will have to reflect and discuss with the teams.”

The cap on teams up until season five ensured that both current teams Jaguar and Techeetah had to acquire existing team slots from the defunct Trulli and Team Aguri squads respectively.

World Championship status not a priority

The championship is unlikely to become a designated FIA World Championship in the near future, as it continues to build its product and brand.

“We could be a World Championship today and we qualify for that, we race globally, we have major manufacturers so we could push for it," continued Agag.

"But the difference in fees that the FIA charges is huge, and to be honest for us it does not make much of a difference because there is nobody else doing what we are doing; we are unique.

“At the moment cost control is important to us and important to the teams, so World Championship status is not a priority at the present, but in the future it could well be more of one.”

The series is set to race on five continents with events in Europe, Asia, Africa, North America and South America over the 2016-17 season.