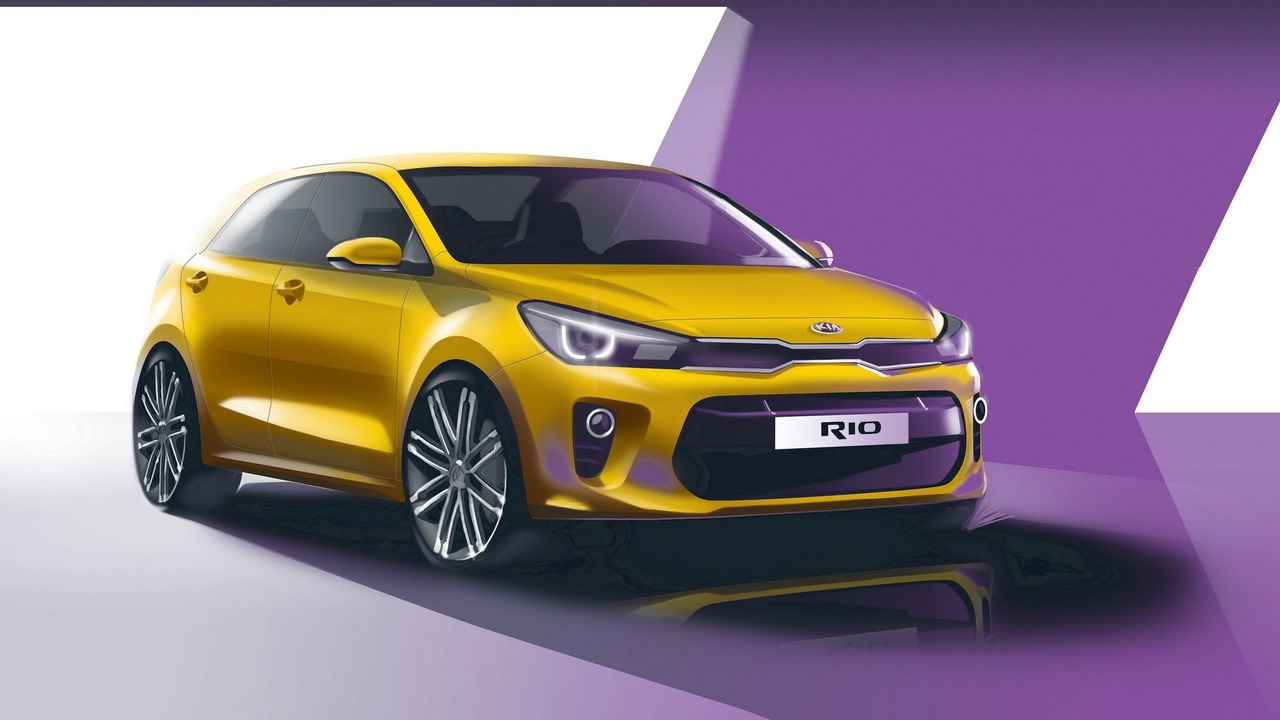 It was less than an hour ago when we published a new set of spy images with the next-gen Rio, and now Kia has released a couple of teasers of its all-new supermini. It turns out we were correct in our assumption about the prototype being a regular model, even though the aggressive front fascia might have tempted a few to say it’s the rumored GT version.

As you would expect from teasers, the B-segment five-door hatch is riding on a set of oversized wheels which certainly won’t be as big on the production car. The design represents a significant departure compared to the outgoing Rio and dare we say it looks a lot better from all angles. The fresh styling represents the work of Kia's design studios in Germany and California with input from the main design center at home in Namyang, South Korea. And it’s not just the exterior, as the cabin also seems to bring a vast improvement and overall it gives the impression Kia has plans to move the supermini slightly more upmarket.

It’s a crucial model taking into account it represents the company’s global best-selling model, with more than 473,000 units delivered last year. Kia isn’t sharing a lot of technical details about the new model, but it does say the wheelbase is longer than the one of the current Rio which spans at 101.2 inches (2.57 meters). That can only mean there is going to be more legroom, especially for passengers sitting in the back.

The South Korean marque promises its all-new supermini will offer best-in-class practicality, so look for a more spacious trunk than what the outgoing model offers, which is 288 liters with the rear seats up and 974 liters once folded. Kia goes on to specify the 2017 Rio will be equipped with the ‘latest connectivity features’ and that likely means it will benefit from Android Auto and Apple CarPlay integration.

On top of that, fans of the model will be glad to hear the new version will provide ‘more assured and engaging ride and handling characteristics.’ It will share most of the hardware with sister model Hyundai i20 from where it will likely borrow the turbocharged, three-cylinder 1.0-liter T-GDI engine available with 100 hp & 120 hp outputs.

Debuting on September 29 at the Paris Motor Show, the fourth-gen supermini will enter production for the European market towards the end of the year.

The all-new, fourth-generation Kia Rio will make its world premiere on 29 September in Paris, at the 2016 Mondial de l'Automobile.

The Rio's progressive new exterior and interior design was led by Kia's design centers in Germany and California, in close collaboration with the company's main design center in Namyang, Korea. Straight lines and smooth surfacing give the car a distinctive new character, while a longer front overhang and bonnet, longer wheelbase, and upright C-pillar give the car an even more confident and balanced appearance than its predecessor.

The Kia Rio is the Korean manufacturer's global best-selling model, with more than 473,000 sold around the world in 2015. The next generation will enter production towards the end of 2016 for Europe, with production timings for other regions to be announced closer to launch.

Kia's 2016 Mondial de l'Automobile press conference will start at 14:45 CET on 29 September. Kia's stand will be located in Hall 3 of the Paris Expo Porte de Versailles.