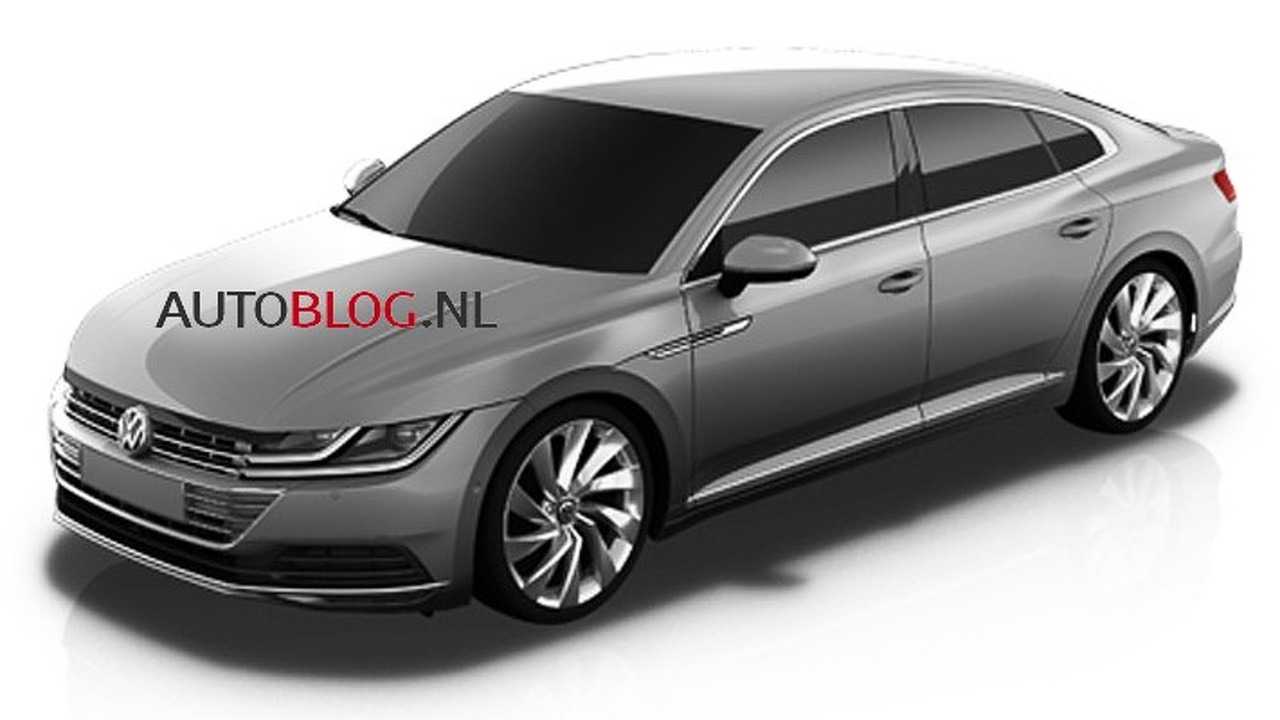 Well, isn’t that something? Three Volkswagen leaks in a single day. After the facelifted Golf and the undisguised Teramont, now we have what appear to be official images of the all-new CC which is not supposed to debut until sometime in 2017. Ok, so it’s not as exciting as the Sport Coupe Concept GTE from last year and some may argue it looks predictable, but even so the next-generation CC appears to be quite the looker.

As it was the case with the most recent batch of spy images, we are still tempted to say the new model is going to make the switch from a sedan to a hatchback, just like the concept from last year. It would make it more practical without ruining the sexy silhouette of the car. VW’s models are not what you would call exciting in terms of design, but the CC has always been the exception and it seems the second generation won’t be any different.

It’s going to ride on the same MQB platform as the regular Passat sedan from where it will inherit most of the hardware, including the hybrid powertrain from the 215-hp Passat GTE. That being said, the next CC could get a beefier hybrid setup since the aforementioned Sport Coupe Concept GTE had a 380-hp combined output coming from a turbocharged six-cylinder unit working together with dual electric motors.

The interior cabin will likely be a tad plushier taking into account VW will want to position the CC above its four-door sedan sibling. It will obviously be reflected in the model’s price as it’s going to be more expensive than the equivalent Passat.

The all-new CC will be introduced at the 2017 Geneva Motor Show next March or later the same year in Frankfurt scheduled for mid-September. According to a report from Autocar, VW could decide to ditch the ‘CC’ moniker and go with something ‘more striking’ as a move to try and ‘reinvent the model.’