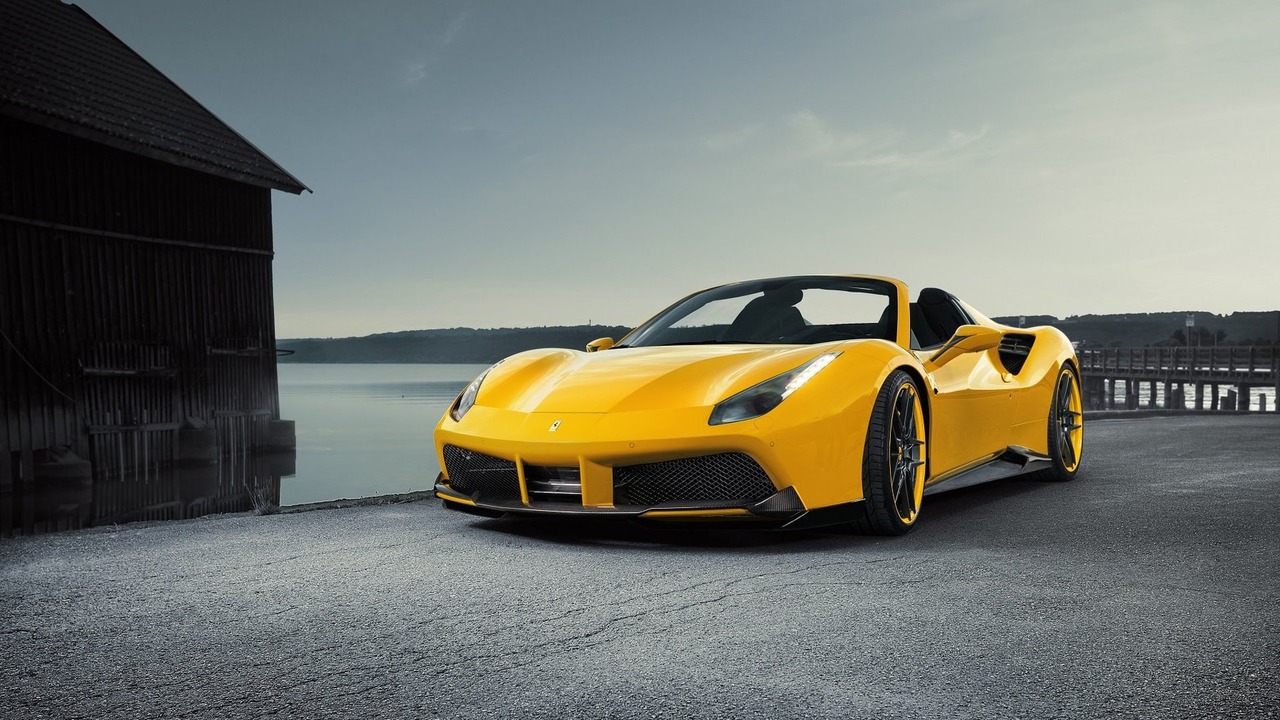 German tuner Novitec Rosso has wasted little time in developing its interpretation of the Ferrari 488. We’ve already seen its take on the hardtop 488 GTB, and it has now fettled the droptop 488 Spider.

Novitec’s 488 Spider receives much the same sort of treatment as the 488 GTB. The bodywork is enhanced with a carbon fiber bodykit, that was subject to “laborious wind tunnel testing,” and is claimed to reduce front-end lift at high speed. It comprises a big front splitter and rocker panels, plus a new rear diffuser that’s rather bigger than the standard item. There’s a choice of two spoilers as well, either a little one or a huge one.

There’s extra carbon trim dotted about the place, too, and black LED side repeaters and third brake light. Novitec’s own forged alloy wheels finish it off; two designs are available at 21-inches all-round, or staggered at 21-in front and 22-in rear.

Changes to the 3.9-liter, twin-turbo V8 engine are limited to a Novitec N-Tronic electronic control unit, which alters injection and ignition timing, and a high-performance exhaust. But that’s enough to extract an extra 102 horsepower, for a total of 772 hp (568 kilowatts) and 658 pound-feet of torque (892 Newton meters).

Colors and interior decor are limited only by the owner’s imagination and wallet. Though budget probably isn’t the paramount concern of anyone contemplating getting a tuned Ferrari.