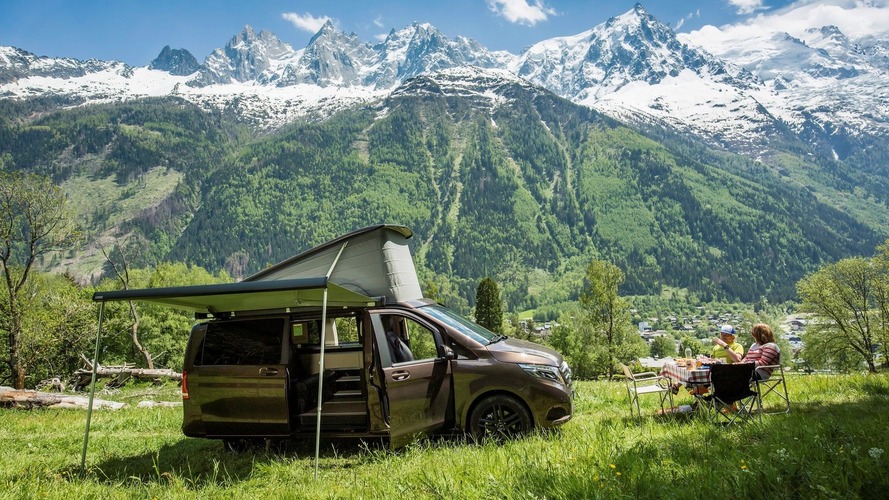 They're nicer than my house.

Mercedes vans have long been a popular basis for conversion into a camper, but it was only last year that the German manufacturer got around to producing a factory-built camper in the Vito Marco Polo.

Though entirely conventional in its layout, the four-berth, pop-top Marco Polo is notably high-quality. But then, it has to be to compete against the Volkswagen California, the only other factory-built camper on the market. Mercedes describes it as "a functional and flexible travel partner, not only for young families, but also for sports enthusiasts and outdoor fans." Quite.

At next week's Caravan Salon in Dusseldorf, Germany, Mercedes will show off a few new versions of the Marco Polo. The Marco Polo Edition (pictured in white) gains an Exterior Sports Package and 17-inch wheels, plus a slew of infotainment, navigation, and climate control upgrades.

The Activity Edition (pictured with trailer) gets similar upgrades to the infotainment, nav, and climate control, but with a slightly different cosmetic treatment. It’s considerably cheaper than the Edition, too, largely because the it’s available with lower-power engines. The range starts with an 88 horsepower, front-wheel-drive version and goes up to a 190 hp all-wheel-drive option.

For now, the Marco Polo is only available in Europe, though if there’s enough demand Mercedes may be moved to bring it to the U.S., where the Vito is badged Metris. In the meantime, a number of U.S. camper builders are already offering conversions.