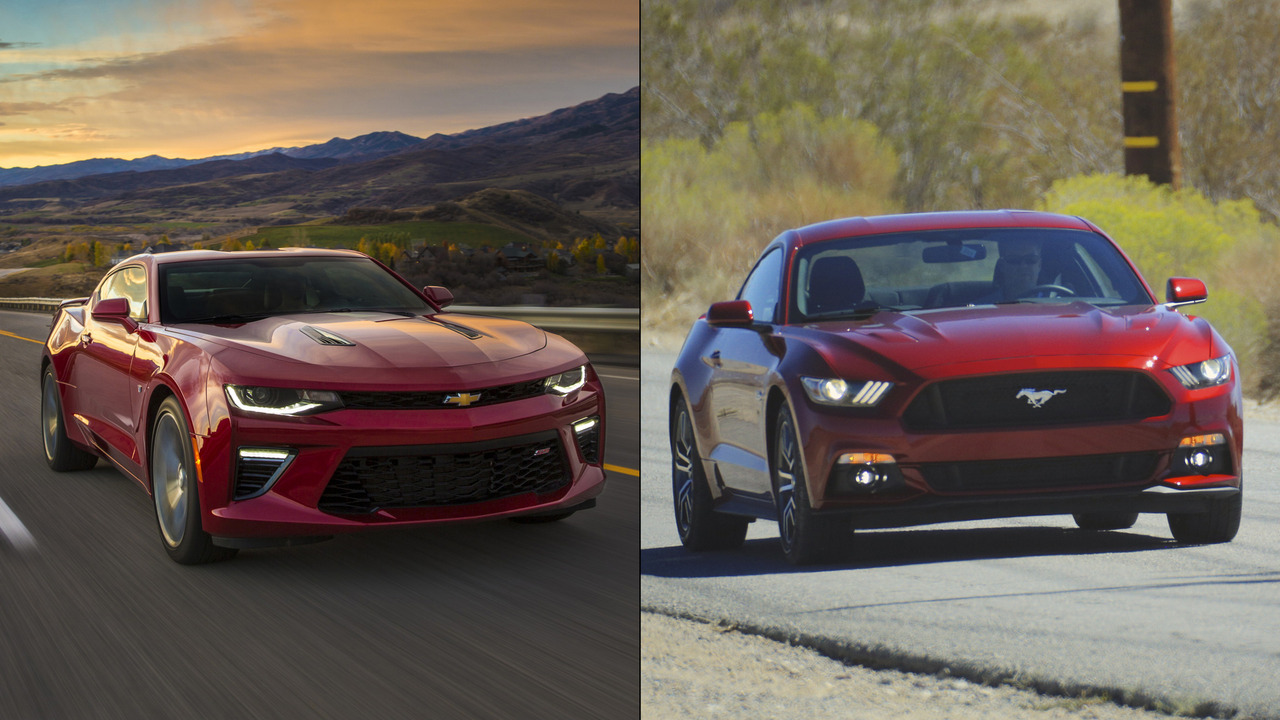 One explanation for why Camaro sales are off pace this year.

Though all three of the American muscle cars – Chevy Camaro, Ford Mustang, and Dodge Challenger – have seen sales fall compared to last year, the Camaro has been hit hardest, with monthly sales recently even dropping below the Challenger’s. Rather than reflecting a lack of customer interest, Chevy says those numbers are because General Motors doesn’t send as many Camaros to rental fleets.

Chevy Camaro sales are down 15.4 percent year-over-year for the first seven months of 2016, while Ford Mustang sales have only fallen 5.5 percent. Dodge Challenger sales have also fallen by 5.5 percent compared to the same period in 2015. But according to GMInsideNews, Chevrolet has been hit hardest by the sales slump, with a 129-day supply of unsold new Camaros as of August 1, while Ford had a 72-day supply of Mustangs.

Chevrolet, for its part, isn’t worried about the total sales figure decline, attributing the numbers to a difference in rental-fleet strategies. Ford buoys Mustang numbers by sending so many to rental fleets, General Motors spokesman Jim Cain told Motor1. He said that year-to-date, Camaro retail sales are only down two percent, even though total sales have fallen much farther.

This year’s Camaro sales are also being compared against 2015 when Chevy was rushing to sell the last models of the outgoing, fifth-generation Camaro, “during what for us was an elevated level of fleet sales” he added.

Dave Sullivan, an analyst with AutoPacific, told Motor1 that he agreed that rental-fleet sales make a big difference.

“Camaro sales to rental fleets have been pulled way back from what they used to do,” he said. “Mustang has taken a lot of that volume over.”

He also added that Camaro’s sales are lower this year in part because the sixth-generation convertible only went on sale earlier this summer.

More broadly, Sullivan acknowledged that sporty coupes tend to see sales fall after their first year on the market, which could help explain why both Mustang and Challenger sales are falling. The new Ford Mustang entered production in summer 2014 and the Challenger’s most recent major update was the addition of the Hellcat variant in 2014.

“When you look at this segment, sales get red hot usually the first year after a new model is introduced,” Sullivan said. “The second year is usually still pretty good but lower than the first year and then it drops off significantly. Coupes are a tough sell, no matter what.”

Ford U.S. sales analyst Erich Merkle, meanwhile, noted that Mustang sales look lower this year because they were especially high in 2015 as customers eagerly bought up the new model.

“We were satisfying a lot of pent-up demand for the new model, as buyers in the segment tend to wait for the newest model prior to launch,” he told Motor1 in an email. “Mustang remains the top seller in its segment in terms of both total and retail sales volumes.”

One of these cars’ rivals, the aging Nissan 370Z, is faring even worse in the sales race. Its year-to-date volume is down 20.8 percent so far in 2016, to a total of just 3,702 sales. The 370Z debuted at the 2008 Los Angeles auto show and sales peaked at 13,117 in 2009. The car was refreshed for the 2013 model year, but it’s still far older than the Camaro, Mustang, and Challenger, and customer interest has steadily waned over the years.