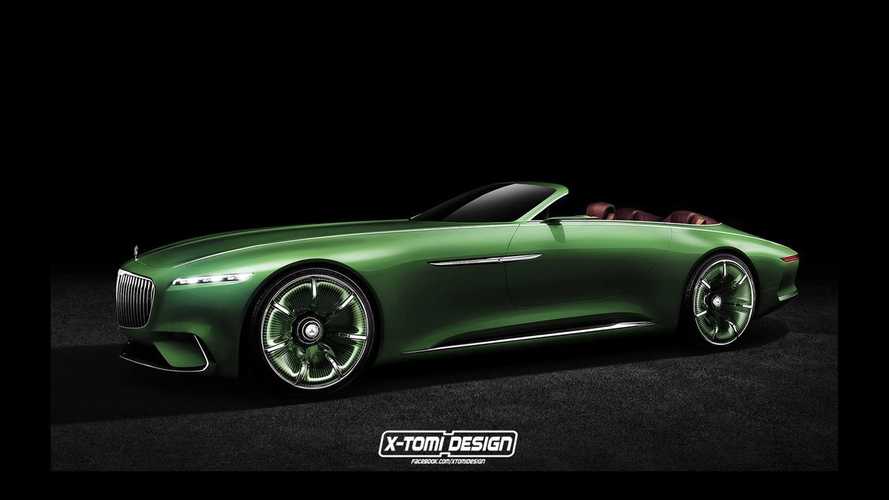 A virtual illustration of a hypothetical topless luxobarge running solely on electric power.

The recently unveiled Vision Mercedes-Maybach 6 concept oozes opulence, and as such, the digitally imagined cabriolet is just as lavish and flamboyant. While some of the media is saying the coupe will actually spawn a production version as soon as next year, there’s no word regarding a potential open-top derivative.

The jaw-dropping, super-long coupe badged as a Mercedes-Maybach would provide Daimler with a worthy adversary for BMW’s Rolls-Royce brand should it morph into a production car. A convertible using a similar retro-futuristic design would be a nice addition to the range to further take on the ultra-posh marque from U.K.

But perhaps we are getting a bit ahead of ourselves seeing as how there’s no official word from Mercedes about a production-ready coupe. Auto Express wrote last week we’ll see the Maybach-badged coupe on the roads in 2017 to sit above the S-Class Coupe, without proving any other details. Even if it won’t hit the assembly line, the concept serves as a preview for Daimler’s plans as far as the Mercedes-Maybach brand is concerned. Chopping off its roof would make it an interesting alternative to those Goodwood-built Drophead Coupes out there and other models playing in the top league.

With the concept receiving its power from four electric motors, it’s a sign Mercedes is working on a zero-emissions future for its most expensive models. Arch rival BMW has a similar perspective, with the recent Rolls-Royce 103EX concept also lacking a combustion engine. Meanwhile, V12s are still a perfect match for these luxobarges.