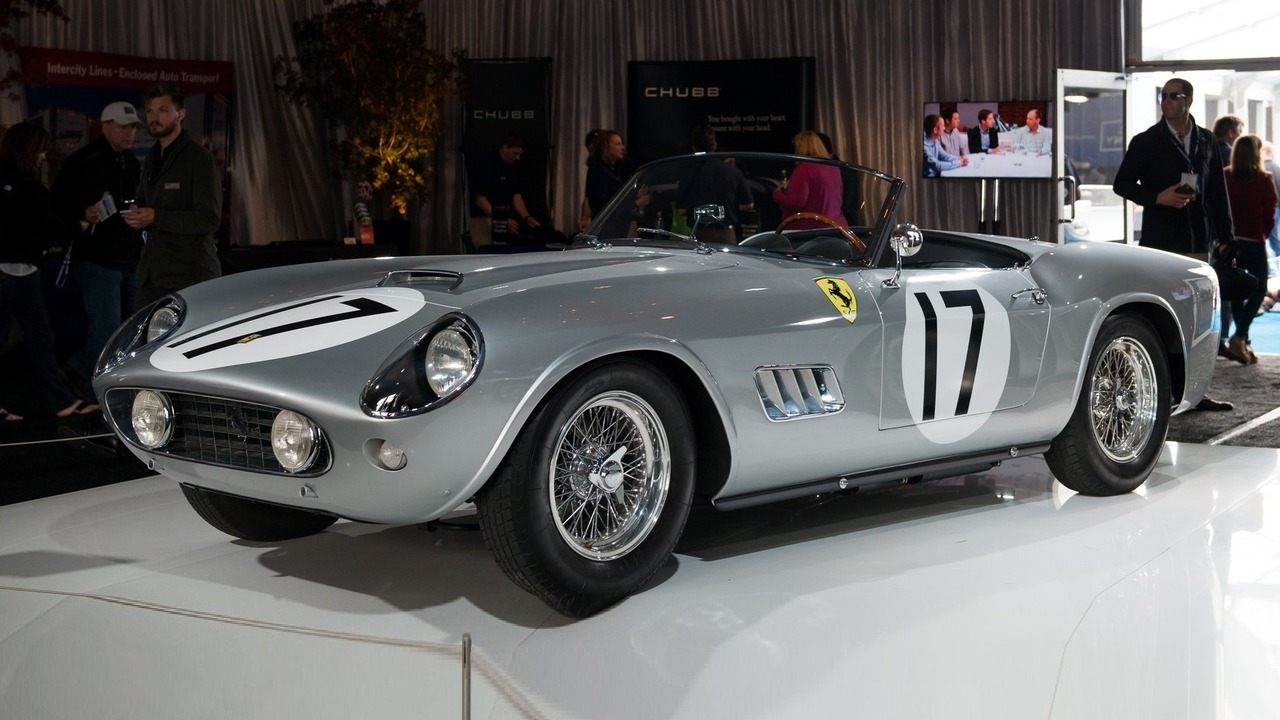 Pebble Beach, CA is the place to be this weekend to witness the gathering of these amazing cars, all of which are going to be auctioned by Gooding & Company. The official auction house of the Pebble Beach Concours d’Elegance will have a multitude of vehicles from various eras, ranging from a 1914 Marmon 41 Speedster to a 2011 Porsche 997 GT2 RS.

The most valuable car set to be auctioned is a 1959 Ferrari 250 GT LWB California Spider Competizione estimated to sell for as much as $20 million. It has a rich racing history, including a fifth place overall in the 1960 12 Hours of Sebring.

Another notable mention would have to be the rather spectacular 1960 Fiat-Abarth 1000 Monoposto Da Record ‘La Principessa’ for which the estimate is only available upon request. It was unveiled in 1960 at the Torino Motor Show and it took down no less than nine international speed records at Monza:

But there are other interesting cars with a much more attainable estimate, including a 1967 Mazda Cosmo Sport that according to Gooding & Company could go under the hammer for $200,000. For something more modern, the auction will also include a lovely 2005 Mercedes-Benz CLK DTM AMG worth up to $425,000.

Motor1 had the opportunity to attend the Gooding & Company preview organized yesterday and took these images for everyone to enjoy. The full list of cars that will be auctioned over the weekend can be found here.