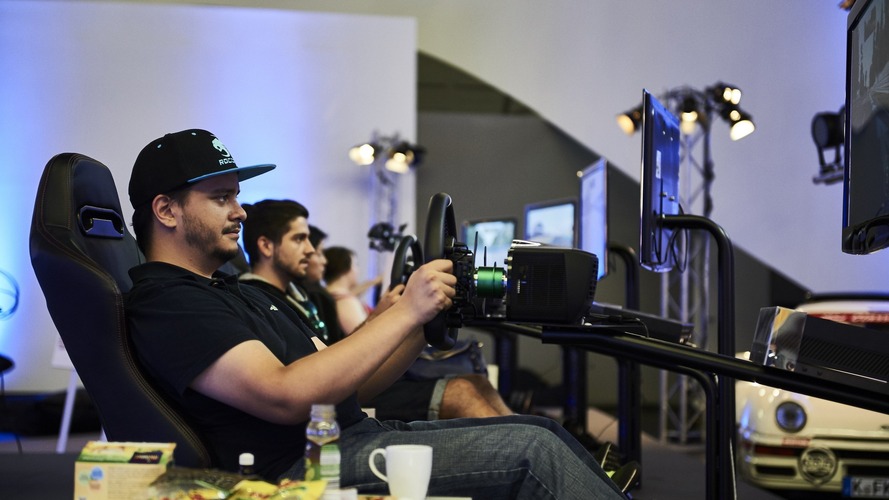 48 hours, 29 minutes, and 21 seconds is the new Guinness World Record for the ‘Longest video marathon on a racing game.’ It was established by a group of five players managing to take down the previous record of 48 hours and 1 minute. They raced for a combined 41,004 virtual kilometers (25,478 miles) and covered a total of 3,015 laps in the Xbox One version of Forza Motorsport 6.

In order to stay awake for two nights, the players drank no less than 32 energy drinks, 47 bottles of soft drinks, and a whopping 146 bottles of water. The gaming marathon also included more than three kilograms (6.6 pounds) of sweets and taking a few power naps to regain energy and get back on the virtual track.

Many will say that it was a waste of time, but a recent study conducted by researchers at New York University Shanghai has revealed playing video games makes us better drivers. According to the study’s lead author Li Li, ‘playing easily accessible action video games for as little as 5 hours can be a cost-effective tool to help people improve essential visuomotor-control skills used for driving.’

Let’s not forget that playing video games, Forza Motorsport 6 in particular, can be a fun way to win a brand new Ford Focus RS by taking part in ESL’s Forza Racing Championship. Besides the chance to drive home the all-wheel-drive hot hatchback, players can also win Xbox One S consoles, Xbox Elite controllers, as well as in-game cars and liveries.

While Forza Motorsport 6 is a great game no doubt, we are very anxious to check out Forza Horizon 3 which will go on sale on September 27 for the Xbox One and PC platforms.

Five bleary-eyed gamers each completed a mammoth two‑day stint at the wheel of a virtual Ford GT race car inForza Motorsport 6 to set a new GUINNESS WORLD RECORDS title for the “longest video marathon on a racing game”.

Gamers Cara Scott, 25, from the U.K.; Hélène Cressot, from France; Johannes Knapp, 30, from Germany; Andrea Lorenzo Facchinetti, 42, from Italy; and Jesús Sicilia Sánchez, 23, from Spain, took on a simulated version of the La Sarthe circuit used for the Le Mans 24 Hours, where the real life Ford GT race car achieved a historic victory earlier this year.

Driving for 48 hours, 29 minutes and 21 seconds, and completing a combined 41,004 virtual kilometres and 3015 laps, the gamers survived on power naps, sweets and soft drinks as they broke the previous record of 48 hours 1 minute.

“They did an amazing job. Just like driving at the real Le Mans, this achievement required extreme levels of concentration, attention to detail, and most importantly endurance – because they had to keep going for twice as long as we did,” said Ford Chip Ganassi Racing driver Stefan Mücke, who competes in the FIA World Endurance Championship in the Ford GT, and started the virtual race.

Compared with Mücke’s 136 laps of Le Mans – completed during 9:05.40 hours of real world driving – the five gamers averaged 603 laps each over 48:29.21 hours of virtual driving during the challenge with Forza Motorsport 6 for Xbox One, at Ford’s European headquarters, also in Cologne.

Their combined 41,004 kilometres is equivalent to driving once around the world. To stay awake for two nights straight, they drank 32 energy drinks, 146 bottles of water and 47 bottles of soft drinks, and consumed more than 3 kilograms of sweets.

“For me, it’s incredible to see anyone stay up all night, whether it’s for a bumper car marathon or four days of watching television,” said Lena Kuhlmann, official adjudicator, GUINNESS WORLD RECORDS. “Two days of race gaming is a superlative effort. The endurance of the gamers is remarkable. They were engaged, concentrating and having fun even after the record was broken. It’s also great to have the actual Ford GT in view, to keep the gamers from getting completely immersed in the virtual world.”

Ford GT and Forza Motorsport 6
Ford engineers worked closely with Microsoft’s Turn 10 Studios to ensure the virtual driving experience of the cars in Forza Motorsport 6 is as realistic as possible, from the look and feel of each vehicle to distinctive engine sounds and handling styles. With the Ford GT, certain performance aspects were first revealed through the game, such as the active rear wing, which automatically changes its angle in different conditions. The Ford GT is now one of the top five most raced cars in the game and has racked up almost 71 million kilometres – nearly as far as the distance from the Earth to Mercury, when at its closest.

Ford and Microsoft have combined forces again with Forza Racing Championship, the largest Forza racing competition in history. Open to elite gamers and aspiring amateurs, the championship, running until Sept. 4, will crown the best Forza player in the world, with the ultimate prize a brand new 2017 Ford Focus RS.