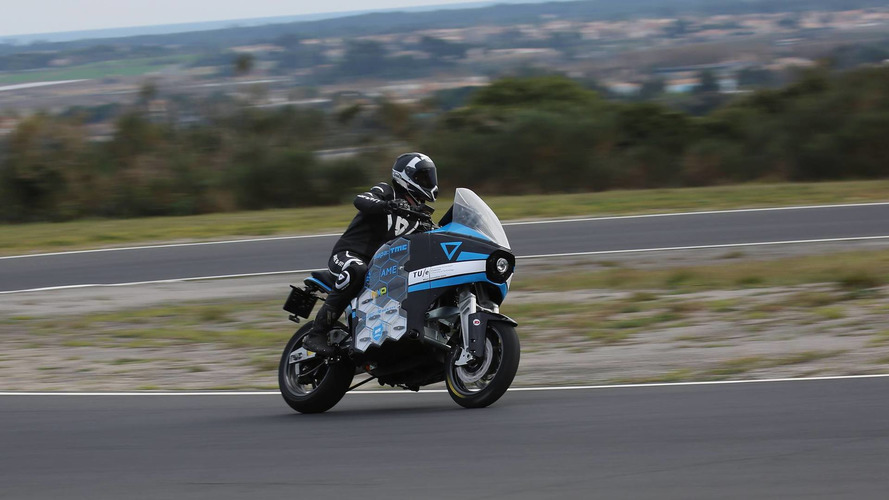 The clock started Sunday, August 14 – a team of students from the Netherlands now have 80 days to ride their electric motorcycle around the world.

After two years of preparation, students from Eindhoven University of Technology undertook the great challenge: circling the globe in 80 days on a self-designed electric motorcycle. The batteries will be charged using only local electricity networks to show what electric mobility can achieve. The bike is called Wave.

After a launch ceremony in Eindhoven, the team embarked for Munich, Germany, accompanied by motorcyclists on the road and cheering fans along the route.

But once on the highway, Wave conked out with an inverter problem, which took some time to diagnose and repair, and delayed the team's arrival in Munich.

“I still can't believe that we have actually started and are now here!” said student Yuri Steinbuch. “I am so curious, excited and nervous to see what tomorrow brings. The adventure has only just begun!”

The student engineers worked on the bike through the night, and the team was back on the road to Vienna in the morning. The team’s progress can be followed here.