Lamborghini Huracan splits in half, driver pulled out just before it catches fire 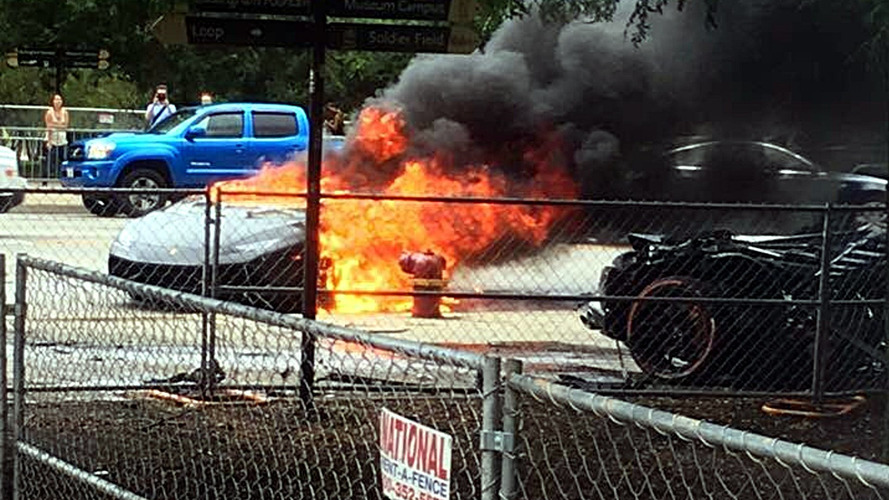 Looks nasty, but could have been so much worse

The driver of a Lamborghini Huracan was pulled from his car seconds before it caught fire, after it was split in half in a crash.

NBC Chicago reports that the crash occurred last Saturday in Chicago at the intersection of South Columbus Street and East Balbao Drive at around 3 p.m. According to fire officials, the Huracan collided with another car, the impact sending the Lambo into a post. It apparently split in half against the post, the rear half coming to rest on the pavement, the front in the roadway.

An eyewitness and a deputy on the scene pulled the driver from the wreckage moments before it erupted into flames - presumably the result of fuel leak.

Basketball commentator Stephen Bardo happened to be passing the scene and posted a video of it on Twitter.

Other eyewitnesses tweeted from the scene of the crash, as well.

Eyewitnesses said that the driver was conscious when he was pulled from the wreck and immediately rushed to hospital. Local authorities said one person had been injured in the crash, but did not give their name, or detail their condition.

Exactly how the crash happened and why it was so catastrophically damaged is not currently known.