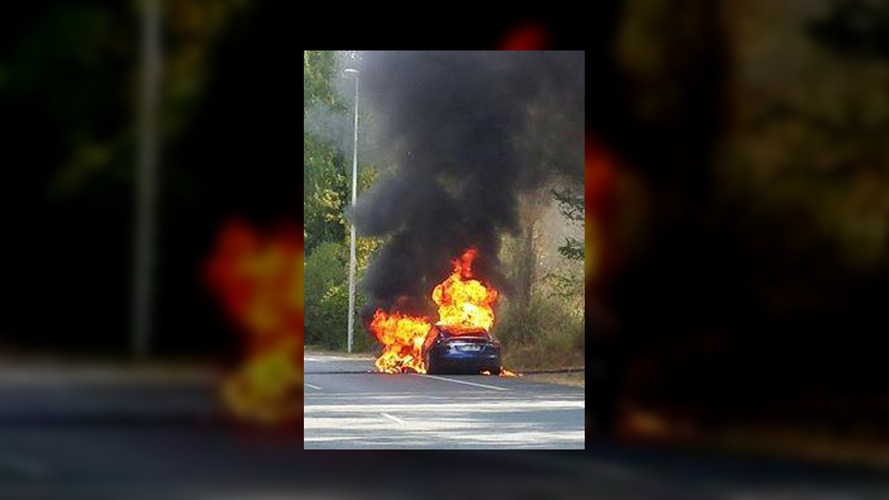 Driver and both passengers managed to get out safe and sound.

Tesla is organizing a three-month ‘Electric Road Trip’ all over the world to celebrate more than 2.5 billion miles covered by all of its electric cars. However, it’s not going as planned because a Model S 90D went up in flames recently during a test drive in Biarritz, France where Tesla set up an event to promote the S and X models.

Details are limited at the moment of writing, but apparently the EV made a loud noise and then it showed a ‘problems with charging’ message. The Tesla employee then asked the person behind the wheel to pull over and they both got out of the car, along with another passenger who was also inside the vehicle.

It was the wise thing to do taking into account just a few moments later the Model S 90D was engulfed in flames. The blaze was put out by the firefighters who arrived on location right away, but even so it was too late to save the car as the fire obliterated the Model S. The only thing that really matters is that all three people managed to get out of the vehicle before it burst into flames, so everyone is ok.

As for the cause of the fire, a Tesla spokesperson told Business Insider: ‘we are working with the authorities to establish the facts of the incident and offer our full cooperation.’