Dixon: IndyCar suits me over “crazy” tech of F1 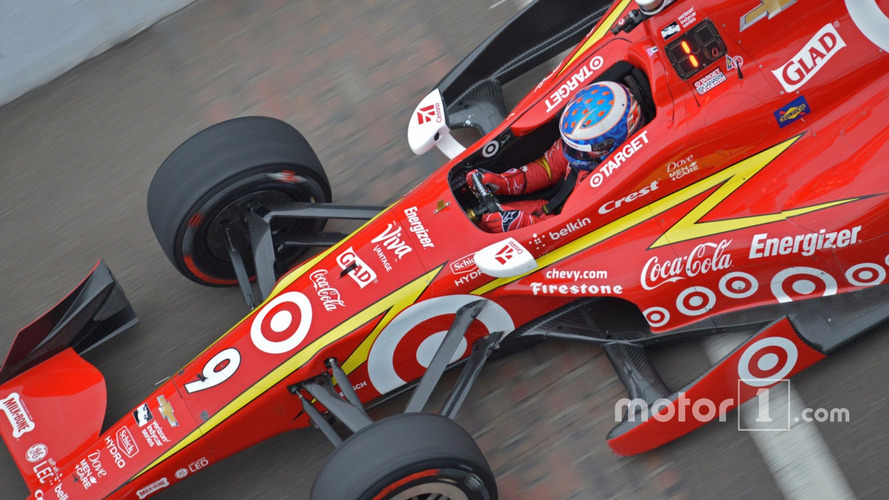 Four-time champion Dixon, who won the Indy 500 in 2008, tested for the Williams F1 team in 2004 but remained US-based for the majority of his career.

He remains a keen observer of both F1 and the World Endurance Championship, racing in the GTE Pro division of the latter at Le Mans this year for Ford – where he set the fastest lap in the class.

“If you look at [LMP1 in] WEC or Formula 1, the technology is just getting crazy,” Dixon told Motorsport.com. “That hasn't helped the competition, because once one manufacturer gets it right, they’re off in the distance and you can predict the top five or six cars every race. Which is not a good thing.

“I guess I’m going to be biased of course, but I think IndyCar is really good because the only thing you can really adjust or vary between teams is the dampers. Yes, you’ve got a million different configuration of springs and rollcenters, wings and aero pieces, but they’re all available to all teams. Which is why you see 20 cars covered by about a second and you see guys from smaller teams able to compete, week in, week out.

“On the other hand, you see a Porsche 919 in action and it’s freakin’ impressive, man. And when you see how many bells and whistles are on those cars, it’s insane.

“The number of things they’ve thought of, or been able to think up and use to their advantage through engineering and technology, is amazing.

“So I think around the world you’ve got a really good balance – there’s a formula for everyone.”

IndyCar: Racing the focus, not technology

Dixon believes that the one-make route that IndyCar has taken – albeit with multiple engine suppliers and aero kits – gives more of a level playing field for the competition to be fought out.

“For me, I want us to have similar equipment so I can go and race the best guys in the business,” he said. “In some racing categories, even if you’re the best, if you’re in the wrong car, you’re not even going to be in the running.

On the subject of the recent radio ban in F1, which has since been lifted, Dixon believed this added even more strain on the already-stressed drivers.

“I think especially when the radio restriction was heavy, that was quite tough for the drivers when things went wrong,” added Dixon. “There are so many systems on the cars, it was quite hard to self-diagnose all that crap.

“You could have a lot of issues going on with the car that may take a ton of settings to scroll through and you might not be able to do that and focus on racing. That’s pretty tough. I believe they’ve lifted most of those restrictions so they can now tell drivers what needs to be changed.

However, regarding the proliferation of in-cockpit gadgets that are driver-controlled, Dixon said he liked the options that F1 and WEC drivers have.

“Altering diff settings, adjusting brake bias and activating the energy recovery systems have become instinct," he commented, "so they’re presets that have become second nature for the drivers.

“I like having tech where you can tune so many things to your preference.”

Gallery: Dixon: IndyCar suits me over “crazy” tech of F1