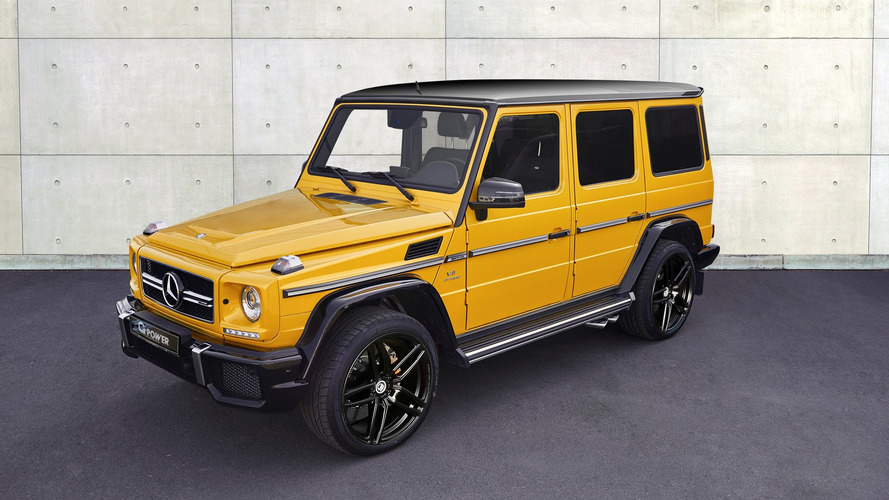 And it doesn't have to be orange, fortunately.

The 5.5-liter, twin-turbo V8 engine in the Mercedes-AMG G63 is already pretty potent. Indeed, unnecessarily so for a 40-year old military off-roader with the aerodynamics of a bungalow, producing 571 horsepower. But more is, well, more and some people will always want more power than the factory provides.

The G63 isn’t exactly underserved by the tuning industry, but German firm G-Power is adding to the choice with a new tuning package. It consists of a Bri-Tronik 5 V1 ‘power module’ that plugs into the electronics upstream of the factory engine control unit.

The module works by modifying the data being sent to the ECU from the engine’s sensors. The ECU sets the combustion process accordingly, producing more power. 645 horsepower to be precise, and 664 pound-feet of torque.

That translates to a 0 to 62 miles-per-hour time of 5.3 seconds. The module overrides the standard speed limiter, too, increasing top speed to 155 mph.

The engine’s standard safety protocols remain in place, so if it starts to overheat, for instance, the power module automatically shuts down. Likewise, the factory diagnostics system is unaffected.

G-Power has also a new set of Hurricane RR wheels for the G-Wagen, measuring an immense 11x23 inches. Made from aircraft-grade aluminium, they are wrapped in 305/35ZR23 tires.

Mercedes-AMG G63 Dropped From A Helicopter