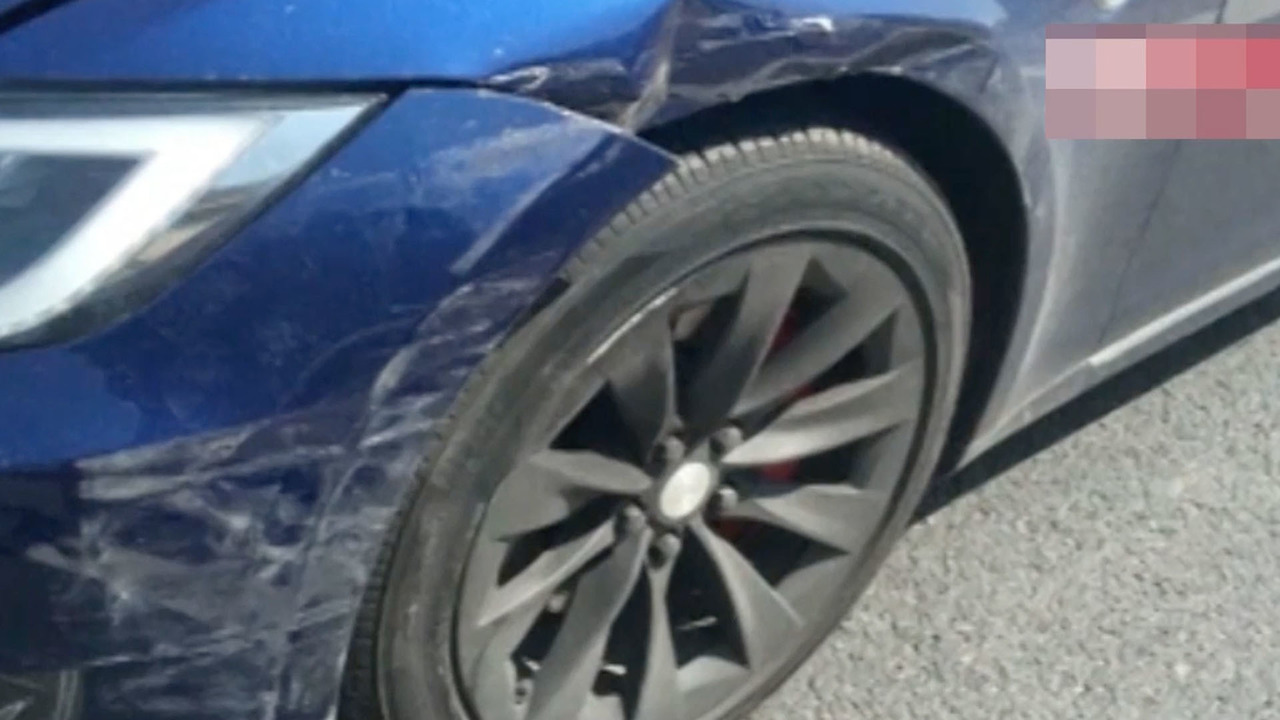 A Tesla Model S driver in China captured dashcam footage of his sedan’s Autopilot system allowing the vehicle to sideswipe a stopped car along the side of the road. Owner Luo Zhen puts blame for the accident on the automaker’s sales staff for describing Autopilot as a self-driving system – not something to assist people behind the wheel.

The video (below) shows Luo cruising in the left lane and the stopped vehicle protruding into the highway. The Model S does nothing to avoid the accident but stops soon afterward. The incident didn’t hurt anyone, but the vehicles sustained body damage.

An investigation by Tesla indicated the sedan was in Autopilot, but the driver wasn’t holding the steering wheel at the time of the collision, according to Automotive News citing a Reuters report. Luo also admitted he was looking away from the road during the accident.

"As clearly communicated to the driver in the vehicle, autosteer is an assist feature that requires the driver to keep his hands on the steering wheel at all times, to always maintain control and responsibility for the vehicle, and to be prepared to take over at any time,” a Tesla spokesperson told Reuters.

Luo disputes the automaker’s argument, though. He claims that the Chinese word the company uses to describe Autopilot translates to “self-driving,” according to Automotive News. Furthermore, Tesla’s sales staff allegedly tells customers the vehicle can control itself and even reportedly demonstrates the functionality.

After a fatal crash in a Model S in Florida, Autopilot has been under intense scrutiny by safety regulators. Less serious incidents since then haven’t helped the system’s reputation. Tesla counters that Autopilot is advanced driver assistance tech, and it doesn’t intend the system to take over all of the driver’s responsibilities.