2018 Toyota Supra: Everything we know 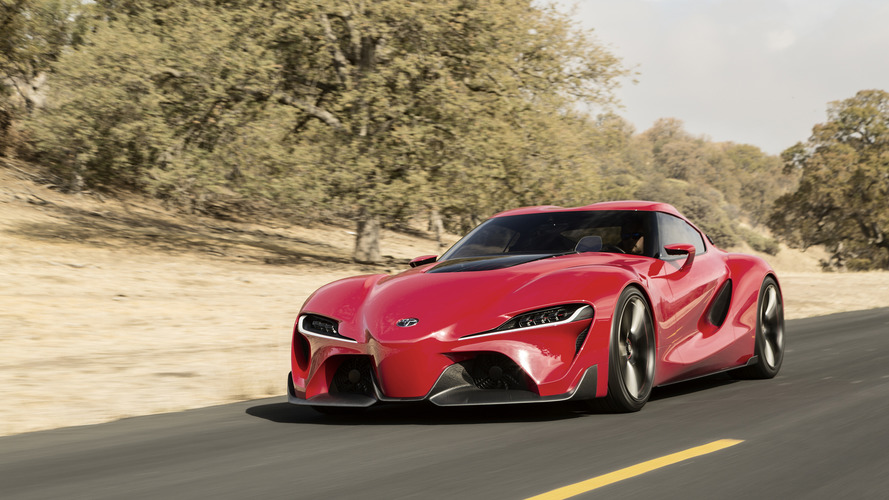 An icon among Japanese sports coupes may return in a couple of years.

The Toyota Supra has gained legendary status in the United States since the vehicle's demise for the 1998 model year. Movies like the original The Fast and the Furious and video games like the Gran Turismo series have given the fourth generation of the sports coupe a legacy as a giant killer – capable of insane power from its biturbo inline-six engine. Now, a return of the iconic name appears to be on the horizon. Here’s everything we know about the revived Supra.

Rumors of a Supra revival have been happening for years, but the genesis of the latest rebirth came from Toyota and BMW’s January 2013 agreement to partner on a sports car platform. The rumormill kicked into high gear a year later when Toyota debuted the FT-1 Concept at the North American International Auto Show, which looked like a perfect successor to the brand’s iconic sports coupe.

Toyota still hasn’t officially called this project the Supra, but the company’s top engineers have been pushing to put the famous name on the new vehicle. In the last couple of years, the automaker also renewed its trademark on the moniker, which eliminated any potential legal hurdles.

Whatever the company calls its sports coupe, the vehicle would at least be a spiritual successor to the Supra. The model would be the flagship in the Toyota brand’s lineup as a front-engine performance coupe.

While there are no spy shots yet, the new Supra reportedly takes strong cues from the FT-1 concept, which is great news if true. The show car uses the classic combination of a long hood and rear-biased passenger compartment. The strong center nose and flanking intakes provides a race-inspired look, and an adaptive wing slides away for a slippery silhouette. Check out the comparison below to see how the FT-1 remains modern while evoking the last Supra’s design.

Spy photographers have snapped pics of BMW’s side of the project, though. The German vehicle is a two-seat roadster and reported is a back-to-basics successor to the Z4. Because the pair share a platform, the droptop provides a small hint at the Supra’s general size. The Toyota would be a coupe rather than a convertible, though.

Unfortunately, the new Supra’s powerplant is an even bigger mystery than what it looks like. There are a few prospects, though.

One possibility is that the Supra has a BMW-sourced turbocharged inline six. The speculation makes sense because a forced induction six-cylinder  has a strong connection to the Supra’s history. The German mill should also fit under the hood because the two models share a platform.

However, Toyota execs might not want to use another automaker’s engine in the brand’s flagship. A top engineer at Toyota Motorsport GmbH recently confirmed the company’s development of a turbocharged hybrid powerplant. He wouldn’t say the model it’s for, but the mill might make sense for the Supra.

If you want to consider something really off the wall, one rumor even speculates the Supra could be all-wheel drive. Two electric motors in the front and one in the rear would allegedly combine with a BMW-sourced 2.0-liter turbo four-cylinder. This prospect seems especially dubious to us, though, because of Toyota's assertions about the FT-1's front engine and rear drive layout.

This is a question with clearer answer. A number of rumors tell us BMW and Toyota have a contract with Magna Steyr for assembling the Z5 and Supra. Production would begin at the company’s facility in Graz, Austria, in 2018. If that timeframe is correct, the automakers would likely debut both models’ production forms in 2017 or in very early 2018 at the absolute latest.

The North American International Auto Show in Detroit would be a fitting place for the Supra’s introduction. After all, BMW and Toyota announced their sports car partnership at the 2013 event, and the Japanese company unveiled the FT-1 in the Motor City in 2014.

We’ll be keeping a close eye on the Supra’s progress, so continue visiting Motor1 for all the latest updates. Check out the gallery below to see the Supra’s evolution over the years.