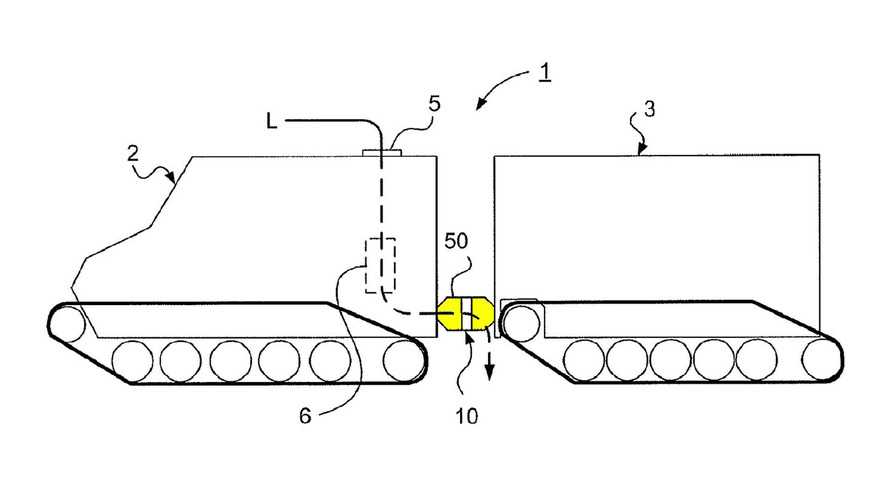 A military supplier from Sweden developed the tech.

Apple now has a patent for an articulated-vehicle steering system, and the documentation shows the tech in use on a multi-section tracked design. Don’t look for that model anytime soon because these drawings more likely point to Apple considering an autonomous mass-transit bus system. The firm filed for the patent in July 2015, and the United States Patent and Trademark Office published it on August 9.

If you have ever been on an especially long bus, you have likely ridden on an articulated vehicle. They feature a section in the center than can pivot, which allows for tighter turns than a rigid design. According to the patent, the current technology that makes the bending possible suffers from two problems. First, the design often exposes the steering components to the elements, which can result in damage. A large protective housing adds weight and decreases access to the mechanical parts for repairs.

Apple’s patent makes several changes that better protect the articulation hardware and make it more reliable. An air intake, radiator, and header would send warm or cool air around the steering housing – as needed. This would keep the components from getting too hot in the summer and alternatively prevent snow buildup in the winter. At the bottom of this design, there are “two mutually movable protective elements.” When the vehicle is going straight, they would overlap to shield the parts. When turning, the sections would pivot enough to create an opening, which would let water, gravel, or other debris fall out.

While Apple is this tech’s patent holder, the military contractor BAE Systems Hägglunds Aktiebolag is the system’s actual developer. According to the firm’s website, it creates “world-leading combat vehicles, armoured engineering vehicles and armoured personnel carriers.” By working with a company that usually collaborates with armies, Apple gets the advantage of a partner that is used to secrecy. Plus, if the articulating steering system can stand up to battle, it should work on the road.

Rumors already suggested Apple wanted to avoid creating a traditional sales network with dealers and service sites for its vehicles. One way to do that would be an autonomous busing service, which would feature this articulation system. Mercedes-Benz is already toying with a similar idea, and maybe the California tech giant isn’t too far behind.