Alpina B5 speeds around the 'Ring ahead of 5 Series debut 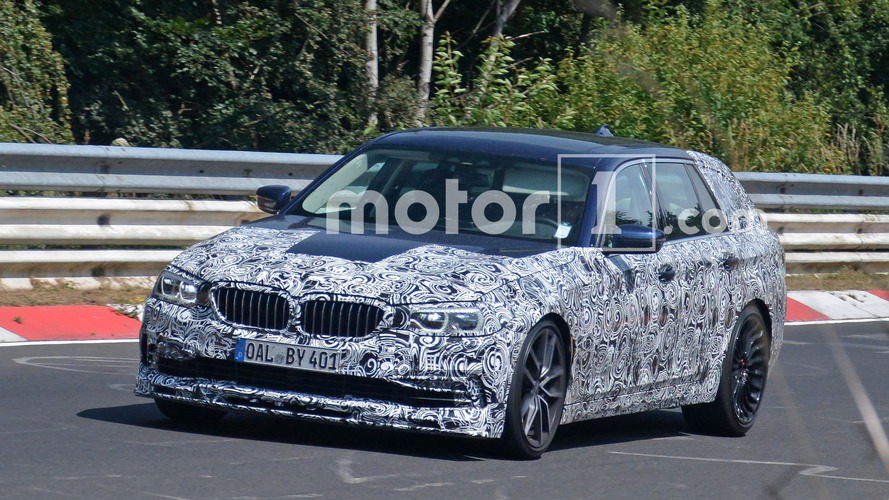 The big wagon looks like a quick way to haul the family across the continent.

The Alpina B5 Touring leaves the parking lot from the last set of spy photos and now the high-performance wagon is lapping the Nürburgring Nordschleife. There’s no evidence yet of BMW developing a new M5 estate, so this vehicle could be a potential choice for those customers.

This wagon has the same license plate as the one in the last set of spy photos, and Alpina also keeps the camouflage in the same position. However, these shots provide a better look at the front end where the B5 Touring has the tuner’s traditional wide lower intake. Narrow slits at each corner send cool air to the larger brakes. The LED running lights are especially attractive because their shape evokes the quad circular headlights on classic BMWs. Dual tailpipes poke out from each corner at the rear, but the final design probably has more stylish exhaust tips.

BMW reportedly intends to debut the new 5 Series at the Paris Motor Show, which starts October 1, and sales would begin in 2017. The Alpina might arrive shortly after that, but these photos show new B5’s development is moving along quite nicely.