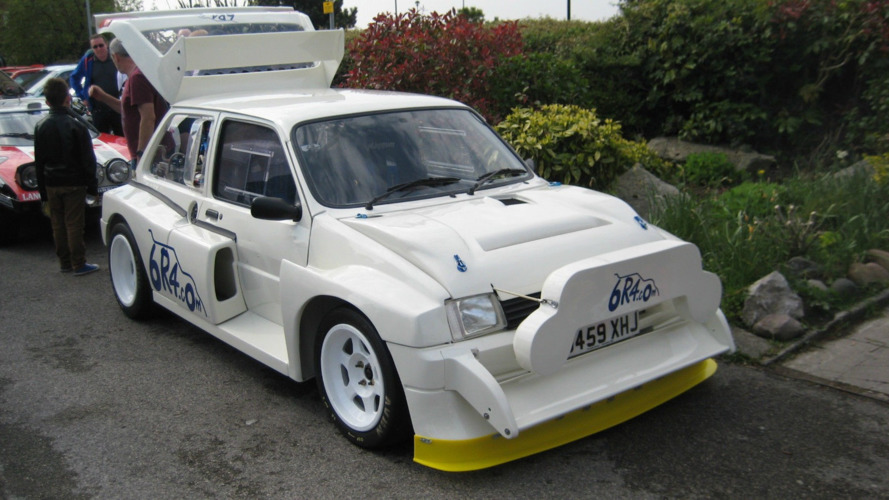 In the rallying world, the name Colin McRae carries some serious, serious weight… and for good reason.

At age 27, McRae became the youngest driver to win the World Rally Championship (achieved in his now-legendary 555 Subaru Impreza), and helped Subaru win three constructor’s championships in a row from ’95 to ’97. More memorable than his wins however is the legendary style that he exuded - a brutal all-or-nothing approach to racing that put him at the limit, all the time.

A rallying hero he was, and in a rare occurrence, one lucky person can get to buy one of his old cars—this MG Metro 6R4. It is of course not cheap - listed for £350,000

Not familiar with the legendary 6R4? It’s a beast. The MG Metro 6R4 was born of the Group B rallying era (arguably one of the nuttiest Group B cars) and as its moniker suggests, it featured a sledgehammer of a V6 engine, which came mounted in the car’s rear, and spun out a blistering amount of power to all four wheels. Hence “6R4”.

According to Top Gear, McRae purchased this MG Metro 6R4 after the conclusion of his rallying days with Subaru, though he put the car to good use during his 1998 Colin McRae Stages rally. Unfortunately, the car caught fire while he was working on it in his garage, and was put out of commission.

Happily however, it’s now said to have been fully rebuilt in 400 horsepower tarmac rallying trim, and it’s even said to be road-registered in the UK. Gulp.

Weighing just a bit more than a wet bag of sand and with enough power to do perpetual four-wheel burnouts, the MG Metro 6R4 is like driving a venomous snake. You never really know when it’s going to bite you… but it will. Add in the Colin McRae pedigree and this is truly one serious ride. He is most certainly missed.